Home / Retail Omni-Channel / ASOS can fix its warehouse problems, but can it win back the online trust of customers who've clicked away?

ASOS can fix its warehouse problems, but can it win back the online trust of customers who've clicked away? 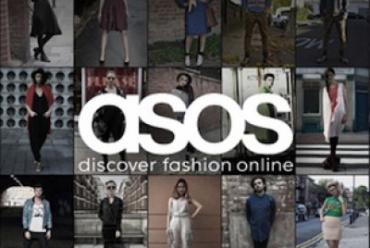 A stark contrast between two big retail e-commerce companies today. On the one hand, thereâ€™s Amazon declaring that its Prime Day this week was â€œthe biggest shopping event in historyâ€�, turning in sales greater than Black Friday and Cyber Monday combined.

On the other hand, thereâ€™s ASOS, which this morning watched its share price go through the floor as the one-time UK e-commerce darling turned in another profit warning alongside more admissions of problems with its critical fulfilment infrastructure.

ASOSâ€™s share price went into freefall after the online fashion retailer brought forward a trading update to warn that full year profits look set to plummet from Â£102 million last year to somewhere in the region of Â£30-Â£35 million.

The problems the firm faces continue to be about international expansion and specifically about building out the warehousing tech and facilities it needs to support this. Development and construction programs in both Berlin and Atlanta took their toll on sales.

The problems in Berlin relate to issues with rolling out new automation software which led in turn to stock availability issues and an inability to fulfil customer orders. In Atlanta, there were also shortages of stock resulting in similar problems, this time resulting from third-party brands providing product to the US for the first time which ran into â€œUS-specific compliance issuesâ€�

These are not new problems. Back in March, diginomica flagged up the importance of the fulfliment back-end to e-commerce operations, with ASOSâ€™s US arm cited as unable to meet demand. Four months later, the issues remain the same.

ASOS CEO Nick Beighton says that things are just Â taking longer to fix than anticipated and that as result the warehouse programs have fallen â€œbehind our ambitious expectationsâ€�.Â  But he insists that the â€œroot causesâ€� of the problems have been identified and are being addressed:

Whilst we are making good progress in improving customer engagement, our recent performance in the EU and US was held back by operational issues associated with our transformational warehouse programmes. Where we have been unencumbered by these issues we have seen robust growth and overall our customer momentum is improving with the business hitting 20 million active customers globally for the first time.

We are clear on the root causes of the operational challenges we have had , are making progress on resolving them, and now expect to complete these projects by the end of September . Despite the short term challenges, the move to a multi-site logistics infrastructure will enable us to offer customers across the world our market leading proposition, facilitate our future growth, as well as leading to longer term efficiency benefits.

If that turns out to be the case, then work can commence on getting back on track in terms of growth and expansion. But the firm also admits that it might take â€œsome timeâ€� to win back the trust – and the dollars/Euros – of customers who have been let down.

That was one of the concerns picked up on by retail analysts today. Russ Mould, Investment Director at AJ Bell, opined:

Fashion fans have plenty of places from which to buy clothes and so Asos is at risk of losing out to the competition if it cannot fix its problems fast. We live in an impatient world where so many people want something in an instant. If Asos doesn’t have the stock ready to ship then consumers will simply go elsewhere. Operational issues are also bad for its reputation as consumers lose trust in a brand if they cannot get what they want, when they want.

ASOS is a very frustrating company to track. On the one hand, itâ€™s a UK e-commerce champion thatâ€™s enjoyed considerable success; on the other hand, it keeps making unenforced errors. Weâ€™ve been here before in terms of taking a hit on profits, growth and share price and on each previous occasion there has been a recovery. There may well be again.

But this latest crisis points to other underlying issues. Itâ€™s great that the firm has its international expansion ambitions, particularly in terms of â€˜taking the fightâ€™ to the Amazons of the world on their home turf in the US. But expansion into multiple territories also means managing an ever-more-complex operational environment. The mechanics of the business become more difficult and more complicated. Itâ€™s not insurmountable by any means, but it does require management attention and focus that this ongoing saga suggests hasnâ€™t necessarily been as in evidence as it needed to be.

Itâ€™s notable that one of the fixes talked about by Beighton involves hiring more skilled senior executives. Good. A bit late in the day perhaps, but good. Having the right skill set at the top is crucial. An online operation that is only a click away from defection to its main rivals has zero wiggle-room for operational failures.

Nearly two-thirds of retail sales for ASOS come rom international markets, so while Beighton can point to continued success in growing the UK business, thatâ€™s not enough. Especially as official UK government predictions are now talking about a recession in the increasingly likely event of a â€˜no dealâ€™ Brexit in October, with all the consequent impact that could have on disposable consumer income.

Is it a stumble in the road or something more serious? Is there room for optimism about a restoration of balance? The share price plunge today certainly indicates that investors have been spooked, but they have, as noted above, come back on side before. Whether customers whoâ€™ve gone elsewhere for their online fashion choices do the same is a different question.

And as we said back in March – warehouses matter! (A lesson also being learned at Walmart in the US!).