Making the CDO into the CEO – William Hill’s latest bet on digital transformation in a disrupted industry
Stuart Lauchlan
Mon, 09/09/2019 – 03:28

Summary:
William Hill has promoted its Chief Digital Officer to the top slot at a crucial time for it and the wider gambling industry. 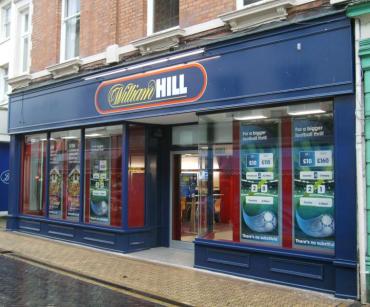 The bookmaking industry is one that has been both victim and beneficiary of disruptive digital transformation in recent years with the once familiar betting shop overtaken by online gambling, particularly on mobile platforms.

The new reliance on digital platforms was highlighted by last weekâ€™s appointment of Ulrik Bengtsson as the CEO of William Hill, the significance of which lies in his previous role as the firmâ€™s Chief Digital Officer (CDO).

Recent years have seen a number of CDOs elevated to the CEO or President roles across a variety of sectors. Notable examples include Adam Brotman, former CDO at Starbucks whoâ€™s now CEO at fashion retailer J.Crew or GEâ€™s former CDO Ganesh Bell who was appointed as President at Uptake.

Bengtssonâ€™s rise to the top slot comes at a critical time for William Hill in particular and the gambling sector internationally as a whole. The company is having to deal with the twin but opposing forces of increased regulation in Europe just as the US opens up to deregulation of the sports betting market.

In its domestic UK market, William Hill intends to shutter 700 of its 2,300 shops following a decision by legislators to restrict the legal stakes on fixed-odds betting terminals from Â£100 to Â£2.

This has made bolstering online gambling revenues crucial and raised the stakes on moving in on the newly-opened up US market. According to recent data from Adroit Market Research, global online gambling market size is estimated to reach up to $80.65 billion by 2025. To date, the market has been dominated by European countries where online gambling has been legal and there is a high penetration of smartphones and other mobile devices as well a solid internet/comms infrastructure.

Explaining Bengtssonâ€™s appointment after only 18 months with the company, Chairman Roger Devlin said:

Having overseen the groupâ€™s digital operations for 18 months, he knows the business well and is ideally suited to lead our next phase of growth. Ulrik has deep understanding in digital and has the international and sector experience we need to deliver on our strategy. His appointment will provide continuity, stability and operational digital leadership as we deliver on the strategy we have set.

Actually what Bengtsson will be tasked to do is deliver on the digital transformation strategy that he devised – no cop outs ahead for this new CEO to be able to blame the IT team if things donâ€™t work out!

Digital is already a big deal for the firm. Online accounted for 38% of total revenues in 2018 and around 1800 William Hill employees make up its online division around the world. The mission statement is simple:

To build William Hill into the world’s most trusted digital gambling brand, with products that excite and engage our customers in a safe and easy to use way.

The UK remains the companyâ€™s largest source of online revenue and this will remain the case for some years to come. As such Bengtssonâ€™s domesticÂ  â€˜to doâ€™ list includes ongoing enhancement to the core Sportsbook online offering, investment in improved analytics capabilities and the roll out of a new data platform scheduled to go live next year, as well as a new case management system which is intended to ensure that customer interactions are integrated across various areas of the business, ranging from CRM to compliance.

While the UK remains comfortably the largest online gambling market in the world, the potential for growth internationally is huge: it is estimated that only 12% of total global gambling currently happens online. It is one of our strategic goals to diversify our Online revenues internationally, which will reduce our reliance on the UK where growth is slowing and regulation is tightening. The international digital gambling market presents attractive opportunities, with a broad range of markets with faster growth rates than the UK.

To support these ambitions, the company laid out Â£242 million to acquire Stockholm-listed online gaming group Mr Green in January. Existing non-US international business has now been rolled in with this and run out of dedicate online hub in Malta, staffed by around 350 people.

But the US offers the best odds of online growth. Expansion there was a top priority for Bengtssonâ€™s predecessor as CEO, Phil Bowcock and there has been progress. Last month he revealed that William Hill reckons to have 27% market share across those US states that have so far introduced licences, ahead of a target of 15% penetration by this point.

Itâ€™s important to note that the opening up of the US online market is still in its infancy. Itâ€™s been 15 months since the US Supreme Court overturned the ban on such activities at a Federal level, but regulatory regimes need to be introduced at state level.

Bowcock had placed a lot of emphasis on keeping on top of the liberalisation roll out as it takes place, noting:

We’ve seen meaningful acceleration in states regulating. The initial focus in the North East is now spreading to the Midwest and beyond. We’ve already gone live in New Mexico in this half and we expect to go live in Iowa and Indiana within a few weeks. Looking further out, there is a long line of states preparing to open up. The direction of regulation is all pointing towards more opportunities as states seek to regulate in order to take advantage of tax revenues and avoid revenues leaking into neighboring states that legislate ahead of them.

The US push is a big deal.Â New Jersey is the biggest of the three states where online sports betting has gone live so far. Â In July, online revenues there topped $17.9 million, up from $3.8 million reported for the same month last year, with roughly 80% of that coming via mobile gambling apps.That last stat potentially bodes well for William Hill in terms of having a proven technology platform to offer here.

And having a digital leader step up to the mark as the overall business head says a lot about the disruption thatâ€™s underway in this industry. Itâ€™s digital prowess that will determine the success or otherwise of William Hillâ€™s push in the US where the market is about to become ferociously competitive. Itâ€™s also going to be critical in shaping a safe future for the firm as the traditional betting shop on the street corner becomes a thing of the past in the domestic UK market.