Summary:
A cloud-based data warehouse from Snowflake is part of the UK-based photo-printing companyâ€™s drive to become a more insight-driven, tech-focused business. 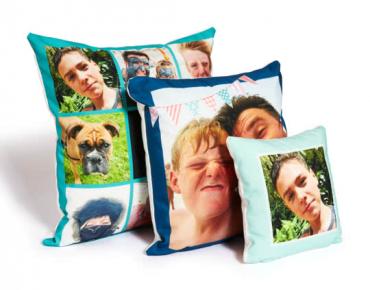 During his three years as Chief Executive of UK-based photo-printing business Photobox Group, Jody Ford pushed through a number of fundamental changes at the company, many of them technology-related.

Thatâ€™s hardly surprising, since Ford – who stepped down in October but remains a non-executive director – took the helm at Photobox in 2016 fresh from a five-year stint in Silicon Valley as eBayâ€™s vice president of global growth marketing. While Photobox was already an online business when he arrived, taking photos that customers uploaded via its website and printing them in bespoke books and calendars, and on coasters, cushions, fridge magnets and other items, Fordâ€™s remit was to instill it with the culture and agility of a modern tech company.

That involved shifting not only the companyâ€™s head office to a Â£20 millionÂ open-plan space in a converted printworks in Farringdon, London, but also a whopping 10PB of customersâ€™ photos from its own IBM and EMC storage systems in two co-located data centres to the Amazon Web Services (AWS) cloud.

A new editing system was launched last year, which uses Artificial Intelligence to recognize from photos what a customer is trying to achieve – a book about their wedding or their recent holiday, for example – and help them to lay out the shots accordingly.

And the back-end systems that underpin its services have been reorganized along platform lines to bring new standardization across the Photobox Groupâ€™s three European photo-printing businesses: Photobox in the UK, Hofmann in Spain and Portugal and PosterXXL in Germany, Austria and France. (The Group also owns greetings card businesses Moonpig and Greetz, but also thanks to Ford, these are now run separately.)

Alongside all these changes, a new data analysis platform is in place, too. This is based on a cloud data warehouse from Snowflake, run on AWS and front-ended with tools from Looker. It will eventually replace an existing set-up based on AWS Redshift, using QlikView as the primary reporting layer, which for now, continues to run in tandem with its successor, as Chris Astall, vice president of architecture and data at Photobox, explains:

The business is growing and, particularly during the peak trading period in November and December, the amount of data we are ingesting started to become a problem. So in Q1 of last year, after looking into what we could do about that, we decided that we would build a new platform to support all of the photo businesses, which could solve data ingestion problems on a multi-brand, multi-website basis.Â Weâ€™re still running both platforms at the moment, but we plan hopefully this year to mostly retire the older one. But weâ€™ve been building out different use cases [on Snowflake], with the first few going live in April and May last year.

While the new system will eventually become the go-to repository for answering all the questions that marketing, business and commercial teams within Photobox ask about how the companyâ€™s operations and websites are running, one of the first use cases to go live focuses on the new AI-based editing experience, explains Andy Ruckley, Director of Data, Business Intelligence and Analytics:

Everything that customers do, weâ€™re trying to capture and get analytics around: how they interact with the editor, in particular, so we can use that information to improve the editing experience, helping them to create their photobooks in a more streamlined way, in a more user-friendly way. So thereâ€™s an important customer experience perspective to this: which drop-down menus do they use, how do they go about rotating or shuffling pictures and so on.

Ruckley is hopeful that the new platform will offer new insights into customer journeys and sales pipelines, given the highly personalized and often complex nature of Photobox products:

Weâ€™re not the typical ecommerce company where you select a product and youâ€™re out the door. When you build a photobook, you can build a book in a single day, of course, but we also have customers who build their book over a month, or over two months, or over a year. And obviously, for us, itâ€™s about understanding that process. Are there customers who havenâ€™t purchased yet, but have already spent 10 hours in the editor building a 60-page book? They havenâ€™t made a purchase yet, sure, but theyâ€™re still a valuable customer to us.

So we need to find new ways of understanding customer journeys and how to deliver a seamless, easy experience, whether theyâ€™re building a calendar or a book, and recognize that there are different processes that they follow on different projects. Thatâ€™s the biggest bit that weâ€™re trying to get our heads around right now.

A gap analysis is currently underway, he reports, to identify what needs to be replicated from the old platform in Snowflake, but as more and more data is collected in Snowflake, it opens the doors for his team of analysts to spend more time honing their data science skills, using machine learning and AI to unlock new insights.

But for now, he says, theyâ€™re loving the performance of the new platform, which returns results at unprecedented speed and enables them to experiment in new ways without being hindered by concurrency concerns, thanks to the way that Snowflake separates compute from storage. As Astall puts it:

At Photobox, weâ€™re now as much a technology company as we are a retailer or manufacturer, and a tech company like this, by its nature, must be driven by insight.