Summary:
Size isn’t everything. Walmart’s online sales have rocketed during the COVID-19 crisis, but how can the world’s largest retailer translate that into future profitability? 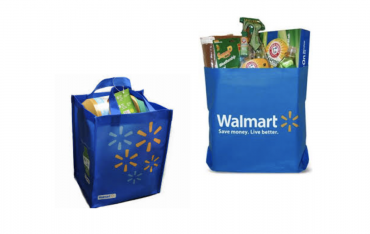 Last year Walmart’s e-commerce strategy came under unwelcome attention as the world’s largest retailer reviewed its entire operation. Flash forward to today and the firm’s digital investment has paid off in spades as the COVID-19 crisis sent shoppers online.

Q1 numbers released yesterday saw online sales in the US jump 74% for the 3 months to the end of April, taking in a sizeable chunk of lockdown to date. The scale of the surge in business was a challenge to be met, says Walmart CEO Doug McMillon:

It was a big uptick and it took a bit of time for us to get on our feet. I was in an e-commerce fulfilment center in Fort Worth, Texas a few weeks ago. We finished after Christmas with 1,000 associates in that facility and the day that I was there, we had 4,000. So the surge just in throughput is amazing.

As to what’s being bought online, this has gone in stages. The first was the ‘panic buying toilet rolls’ phase, accompanied by a focus on hygiene products and essential groceries. As shelter-in-place orders came into force and people found themselves confined to their homes, spending shifted to home education and entertainment as well as building out the home office. Today there’s a new phenomenon, which McMillon calls “relief spending” which has been influenced by  US government stimulus dollars. These aren’t being spent on essentials, but on discretionary spend items, such as TVs, video games and computers.

In common with other retailers, the crisis has triggered an acceleration of underlying existing strategic trends, says McMillon:

Getting goods to the customer more quickly has also become an increased priority, with Express Delivery options – two hours from order to front door – now available at 1,000 Walmart stores and a goal of doubling that number by the end of June. In addition, the firm’s ship-from-store program has ramped up to 2,500 stores. It’s a tribute to the behind-the-scenes tech team that there’s been an increase in fulfilment offerings, says McMillon:

Our tech teams are continuing to execute. For example, we’ve launched more than 70 new or accelerated capabilities in response to the virus. We’ve done this while staying focused on core products, like our app and Express Delivery, as well as building out the next gen tech stack.

In another development in the firm’s evolving e-commerce strategy, Walmart has taken the decision to shutter Jet.com and phase out the brand, three years after splashing out $3.3 billion to acquire the start-up. This had been rumored for several months, with Walmart already divesting itself of smaller e-commerce gambits, such as ModCloth and Jetblack. But Jet.com was the biggest bet that Walmart made and one that brought Marc Lore into the larger firm as head of the e-commerce division in the US.

McMillon says now that there are no regrets about the decision to buy the firm:

The Jet acquisition was critical to jumpstarting the progress we’ve made the last few years. Not only have we picked up traction with pickup and delivery, but our walmart.com non-food e-commerce growth accelerated after the arrival of Marc and the Jet team. He leaned into the Walmart brand quickly.

But that parent brand is the priority, he adds:

While the [Jet] brand name may still be used in the future, our resources, people and financials have been dominated by the Walmart brand because it has so much traction. We’re seeing the Walmart brand resonate regardless of income, geography or age.

On geography, in the ongoing battle with Amazon, one of Walmart’s recurring boasts has been its vast network of physical stores, with claims that 90% US citizens are in close proximity to their nearest outlet. That’s a great omni-channel differentiator in normal times, but only when customers are able to get to the stores in the first place. As lockdown is lifted at varying speeds across the US, McMillon is now looking ahead:

I think we may see a bit of a two step in some places where we make progress two steps forward, take a step back and then move forward again. Now, obviously, there are a lot of pieces that have to be put in place from testing to exposure notification. And then policies at state level and county level are going to influence this and it’ll be volatile and we’ll just manage it.  Job one for us right now in the US is to get back in stock and be positioned to serve customers for whatever it is that they want to buy.

As for the future of the e-commerce arm:

Our mindset is an aggressive mindset, meaning that we want to drive this e-commerce business and the marketplace that goes with it as aggressively as we can. We [previously] had a growth [strategy] in terms of capacity and capital to build out our fulfillment centers, [we] have a multi-year plan there, and that will continue. It’s been great to see the stores step up during a period like this to handle surges [and] that capability is one that serves us well over time…Even as the virus and other things create volatility, we’ll keep moving forward on our strategy.

Some big numbers and a strong response to changed consumer needs in a crisis from Walmart. There’s still one lingering issue that hasn’t gone away and that’s the harsh reality that however impressive the e-commerce operation is, it’s still not profitable. McMillon says:

One of the things we’ve been saying all along is we need a bigger online business in profitable categories. And Marc and the team have obviously been working on that…At the end of this, it’s about really healthy top-line with a strong mix represented not just consumable items at low margin, delivered through any means they want, through our stores if that’s the most efficient route, straight from [fulfilment centers] if that’s the most efficient route, and that’s the math that we work with underneath.

For his part, Lore argues:

Some of the things we know we need to do long-term to continue [to address] these losses is keep the fixed [costs] growing at a low rate when we grow sales at a high rate…driving mix into higher margin categories like home and fashion, which we’re also doing. That means that we need to continue to add brands…And then also innovating and doing things like leveraging the stores to help with [fulfilment center] capacity.

In the end, we’re going to end up with an omni-channel business and it’s going to serve customers in a way that they want to be served…I think job one for us is to stay relevant with customers for the future in the way they want to shop. And then job two is to figure out how to deliver a shareholder return as we do it.

The current crisis has created exceptional circumstances and bought Walmart’s e-commerce arm some time. But if the post-crisis economic recession is as bad as many predict, all of the retailer’s operations are going to come under increasing scrutiny and that will most definitely include the omni-channel balance between the stores and online.