Summary:
Walmart is engaged in some executive musical chairs in a bid to strike a better omni-channel balance. 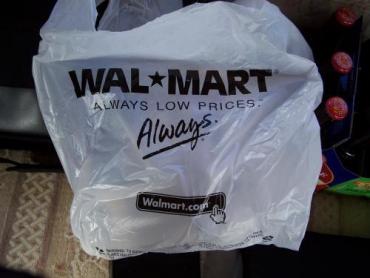 That didnâ€™t take long. Earlier this month it emerged that Walmart was looking at a rumored $1 billion loss on its e-commerce operations and that senior management tensions were breaking out into the open over what to do.

In particular there was scuttlebutt about the relationship between Greg Foran, the CEO of Walmart US, and Marc Lore, former CEO of Jet.com – bought by Walmart – and currently the e-commerce head. Jet.comÂ was last month rolled into the wider Walmart operation, but this was only the start of a wider re-alignment.

The challenge facing Walmart is one that weâ€™ve covered time and again here at diginomica – striking the right omni-channel balance between offline and online.Â  As Walmart execs never fail to remind audiences, the firmâ€™s biggest asset is its store infrastructure and the proximity of 90% of American citizens to a branch. That makes omni-channel offerings such as click-and-collect or kerbside pick-up particularly viable.

But thereâ€™s still too big a gap between the digital and bricks-and-mortar side of the business, something not helped by e-commerce investments in, for example, fashion brands, rather than focusing on the core competency of groceries.

Whatâ€™s needed, according to CEO Doug Millon in a memo to employees, is a â€œseamless Walmart experienceâ€�. He says:

Our customers want one, seamless Walmart experience. Over time, weâ€™ve been organizing our strategy, tactics and teams to serve them in that way, while preserving the focus necessary to execute on multiple initiatives in parallel. We will continue strengthening our stores while expanding our pick-up and delivery capabilities. Earning more of our customersâ€™ business in food and consumables is foundational to our strategy, and, at the same time, we will expand our ability to serve them with general merchandise in stores and through our broad eCommerce assortment as we continue to invest in and build our eCommerce business.

Now thatâ€™s pretty much a textbook mission statement for any retailer with digital ambitions and an offline footprint. Whatâ€™s different here is that McMillion backs up his aspirations with some pretty detailed practical next steps and some executive reassignments.

The most notable decision is the most sensible and the most overdue – a merger of the supply chain teams from both the online and offline sides of the business to create a single team under Greg Smith, EVP of Walmart Supply Chain. He will have 12 executives reporting in to him, covering responsibilities such as eCommerce Transportation, eCommerce Fulfillment Operations, Central Operations Supply Chain and Grocery Distribution Network.

That said, Smith will himself have two masters as he will beÂ reporting in to both Foran and Lore. Conspiracy theorists will however pick up on a change for Nathan Faust, a Jet.comÂ veteran alongside Lore, whoâ€™s been acting as SVP of US eCommerce, Supply Chain and Logistics. Faust will be charged with pulling the new unified team together before being sent offÂ to a so-far undefined new role. McMillon says in his memo:

Nate Faust has led tremendous eCommerce fulfillment progress these past few years. He has built a strong team, and our customer metrics reflect the tangible improvements theyâ€™ve made. Weâ€™re on the right trajectory. Nate will support the integration of these teams before moving to a new opportunity weâ€™ve identified, and weâ€™re looking forward to sharing more about that with you soon.

Good for Faust (perhaps). But thatâ€™s one less key ally sitting alongside Lore.

Another significant decision is to put more weight behind Walmartâ€™s US customer organization, headed up by Chief Customer Officer Janey Whiteside. McMillon notes:

We created the US customer organization…to do an even better job of putting our customers front and center while learning to work in an agile fashion to exceed their expectations. From the start, [Whiteside]Â has taken an omni-channel approach to the customer experience, reporting to both Marc and Greg.

As a reward,Â Whiteside will now also manage the Walmart Services and Digital Acceleration Team which will focus more on â€œdeveloping new services and experiences for our customersâ€�; the Returns team, pitched as important because â€œa seamless returns process is a critical part of the customer experienceâ€�; and the Walmart Media Group, charged with building â€œan advertising business in a way that is most aligned to the interests of our customersâ€�.

There are a few areas where we are choosing to maintain some structural separation to enable focus and speed, including our US merchandising organization. Our eCommerce sales growth, improving customer metrics and progress on contribution profit are encouraging, and we want to keep that going.

We take these steps knowing we will make further adjustments over time as we balance the need for focus and speed with efficiency and leverage. The work so many of you have done over these past few years to strengthen our stores and build an eCommerce business have put us in a strong position that enables us to move forward on this journeyâ€¦letâ€™s keep the momentum going!

Itâ€™s tempting when looking at such corporate restructurings with a cynical eye on the idea of rearranging the deckchairs on the Titanic, but thatâ€™s clearly not the situation here. Walmart has issues that it needs to address and there are some sensible ideas in play here.McMillon teed a lot of this up last week at theÂ FortuneÂ Brainstorm Tech conference, where he stated:Â

Obviously bricks-and-mortar stores are one thing. E-commerce in some ways started out feeling like an independent channel or an independent business…we fell behind and have been playing catch up and have been doing a number of things to accelerate that progress and learning along the way and getting better as it relates to the customer experience…Weâ€™re very focused on creating a seamless experience for the Walmart brand, bringing the stores and e-commerce together. Stores have some advantages and weâ€™re trying to make the most of those.Â

The â€˜loserâ€™ here would seem to be Lore, whoâ€™s looking at Faust being moved on shortly after losing e-commerce Chief Revenue Officer Scott Hilton, another Jet.comÂ veteran. Iâ€™m not about to suggest that Lore will be issuing another of his â€˜Iâ€™m not leavingâ€� missives any time soon, but Foran comes out of this better if we think in terms of a turf war.Â

But the important thing now is focus on the assets – the stores and the grocery business – and not get distracted by â€˜nice to haveâ€™ online fripperies that donâ€™t contribute to growth.

The next big date to look ahead to is 15 August when Walmart turns in its next quarterly numbers.