Home / Retail Omni-Channel / Winning the battle for the firstline workforce

Winning the battle for the firstline workforce

Summary:
The firstline workforce are the people out in front who get stuff done in the world, and enterprise software vendors are eager to give them new tools 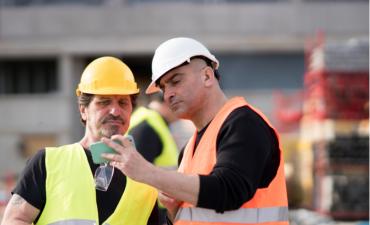 Several enterprise application vendors, in particular Microsoft, are starting to get excited about the potential to win new business by taking their wares to what’s known as the firstline workforce. These workers have traditionally been beyond their reach because, unlike knowledge workers who spend their day sitting in front of a desk, they’re out and about serving customers and keeping things running with little or no access to a computer. Today’s mobile technology, so the argument goes, now makes it possible to bring enterprise applications to these deskless workers.

Firstline workers are most commonly found in retail, hospitality, travel, distribution, facilities management and healthcare industries, where the people who get stuff done for customers are literally the organization’s first line of engagement. Another large group are those workers who go out to provide services at customer sites, such as field service technicians, whether serving consumer or business markets. Microsoft estimates there are two billion such workers worldwide.

Microsoft has been talking about the firstline worker for a couple of years now, beginning with the rebranding of its lower-cost K1 ‘kiosk’ licensing plans for Office 365 and Microsoft 365 as the F1 ‘firstline worker’ plan. Earlier this year, the vendor added new features to its Teams collaboration service that cater to the firstline workforce, including the ability to configure Teams for specific firstline roles, support for shift workers with an API that connects into workforce management applications, and new ways of sending notifications and announcements that firstline workers need to see.

According to UpperEdge analyst Adam Mansfield, Microsoft’s focus on the firstline worker can be seen as a defensive move against Google, whose G Suite offering is often seen as more relevant for these workers because it doesn’t have the deskbound history that surrounds the Microsoft toolset. He writes:

Microsoft understands that Google has a real opportunity to gain adoption and an initial entry point in enterprises through the firstline workforce. Even though Google does not yet have a solution or G-Suite plan specifically dedicated to firstline workers like Microsoft does, it is safe to say that it is only a matter of time until they do.

Salesforce’s acquisition of ClickSoftware this month, a company that specializes in providing automation tools to large teams of field service workers, can also be seen as a play to increase its footprint in the firstline workforce.

Been there, done that

All of this is familiar ground to Stacey Epstein, who has a ‘been there, done that’ take on what other vendors now see as a new opportunity. She spent three years as CEO of Zinc, which specializes in messaging for firstline workers, and is now CMO at field service management vendor ServiceMax â€” a post she previously held before moving to Zinc â€” after its acquisition of Zinc earlier this year. Her take?

Congratulations Microsoft, Google and Salesforce on waking up to that opportunity ten years later.

We always believed that was a huge segment of the workforce and yet enterprise technology has never focused on making their lives easier and better. I say, welcome to the party â€” those frontline workers need that.

There’s still plenty of scope for innovation in how organizations support these firstline workers, she believes:

Look at the introduction of IoT five or six years ago, where you add the machine to that same highly connected network of both people and systems. That gives me all sorts of new insight, which is relevant to the frontline worker. Now I’ve got information on the health of the machine as I go to fix it.

Now we’re getting into things like AI, where there’s a great deal of knowledge that can be both captured and learned, and then serve that to that frontline worker and make them even more efficient.

When you look at what many of these workers are doing in the industrial sector, their roles are what keeps the world turning, she adds:

Field service technicians are the ones that make sure that the power grid is online. This is not just, ‘Oh, my printer’s down, send someone to fix it.’ These are the hospital machines that are keeping people alive.

This frontline workforce is incredibly impactful and important in our world. It’s awesome that more and more technologies are coming around to make their lives easier, and their work better, because it benefits us all as a society.

For its part, Zinc as part of ServiceMax will target the field service worker and will leave the broader firstline worker opportunity to other vendors, says Epstein. The messaging service has features that are specific to the field technician use case, such as its hotline functionality that lets them quickly share video with colleagues when they need advice on an unfamiliar issue. Zinc will continue to evolve, perhaps incorporating AI in the future, as a purpose-built messaging solution for field service teams, she says.

As for ServiceMax, she doesn’t see much impact from the ClickSoftware acquisition, even though Salesforce is a close partner â€” ServiceMax is built on the Salesforce platform. Digesting the acquisition will keep the CRM giant busy for a while, she believes:

It’s going to be a lot for Salesforce to consume. Click does have a cloud-based scheduling solution, but they come from an on-premise background, and they’re still supporting a ton of on-prem customers. That’s not Salesforce’s DNA. So they took on supporting an on-prem solution.

Let’s be real, cloud is where it’s at. And if anybody knows that, it’s Salesforce, so they’re going to have to reconcile that. That means, most likely, trying to get all those customers to move to the cloud solution, which is doable, it’s just more they have to handle …

In the meantime, we’re continuing to innovate and build features for our customers with a pureplay cloud solution that is built on ‘Force.

Zinc is one of a number of messaging solutions that sprang up in the first flush of the mobile messaging boom to support firstline workers. Now the mainstream productivity platform vendors have woken up to the need to loop these itinerant workers into the digitally connected fabric of the modern enterprise. Meanwhile, the technology has advanced and mobile messaging is starting to become a feature rather than a product. We’ve recently covered announcements from both Zendesk and Twilio that integrate mobile messaging into the other communications channels they support.

I suspect that support for firstline workers will go the same way. While it’s clear that they have different requirements in how they access digital functionality than people who sit at a desk all day, how many of us are going to fall into the latter category as the technology around us continues to evolve?

Everyone’s work is becoming more mobile and itinerant. Desks only exist, after all, because people needed to organize paper or sit in front of a computer terminal or static desktop PC. Now that such patterns of work fade into history, all of us are going to have to learn how to be productive on our feet.

Let’s be clear, probably the first people to get out from behind their desks should be the product managers and engineers that design software for deskless workers. Only then will they start to learn the functionality and work patterns that these firstline workers actually need, rather than what someone sat behind a desk projects upon them. They have been extraodinarily poorly served in the past, as Epstein will attest.

But in an increasingly mobile and customer-centric world, firstline workers are en route to becoming the norm rather than the exception. It’s high time they got the attention they deserve.

Disclosure – ServiceMax and Salesforce are diginomica premier partners at time of writing.