Home / Oracle NetSuite / A Green Light for Growth: Inside MACROâ€™s Mission to Do Much More than Make Movies

A Green Light for Growth: Inside MACROâ€™s Mission to Do Much More than Make Movies 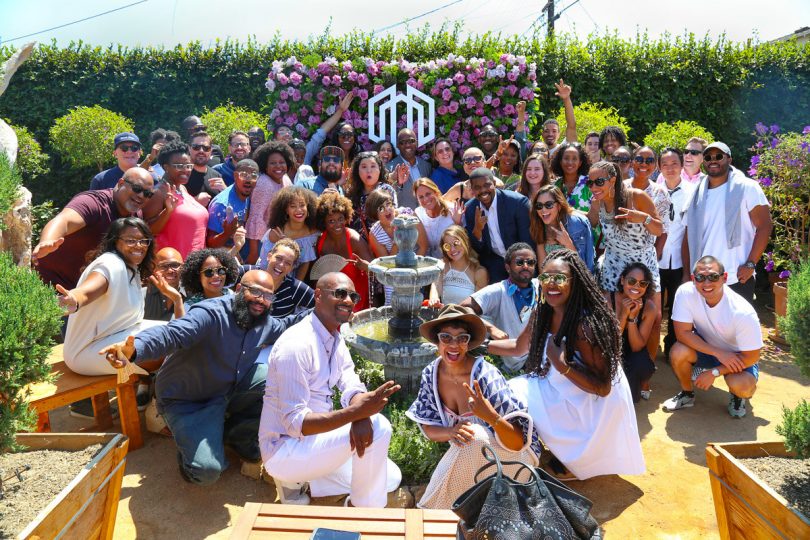 As the first African American partner during the 100+ year history of the famed William Morris Agency (currently William Morris Endeavor Entertainment), Charles D. King has made a career out of moving mountains.Â Itâ€™s not all too surprising then, that his company, MACRO, quickly established its reputation for industry leadership with early investments in highly acclaimed projects like Academy-award winning Fences and Netflix feature film Mudbound.

The vision for Los Angeles-based MACRO was to finance and produce films, television series and other forms of content that authentically give voice to the experiences and views of persons of color (PoC). That meant weaving a multi-platform strategy in todayâ€™s complex media landscape that now spans streaming services, technology companies and traditional studios. MACROâ€™s plan for content would include traditional mediums like film, television and live events, but also investment and partnerships with like-minded channels and partners to distribute it.

Itâ€™s a self-description that in many ways embodies MACRO, the company King launched in 2015. From the beginning, King considered it both a company and personal mission to tell stories focused on PoCs.

â€œMACROâ€™s content and strategic actions are true to our mission of celebrating the voice of PoCs,â€� MACRO CFO Eric Briggs said. â€œWe work through the content we produce and finance, the people we hire, the interns we onboard, the events we produce, the way we market our content and the way we present ourselves in social media — across the board. Our consistency and focus yields a significant competitive advantage.â€�

MACROâ€™s early successes have led to increased investments from its backers — from financial to strategic, covering industries from technology to traditional media â€“ to further build out its multi-platform strategy. MACRO has major events at Sundance and the Academy Awards. It has made direct investments in the digital publishing platform Blavity, a media company created for and by black millennials, and has a VC arm that has invested in 90 early-stage companies focused on media and technology. MACRO also recently announced a first-look partnership with Warner Bros.

As the business grew, its back-office processes became increasingly complex and strained. Growth meant that MACROâ€™s finance team found itself manually managing the dozens of LLCs required to facilitate production and operating multiple industry verticals. Monthly closes were taking well over a month.

To that end, MACRO implemented NetSuite OneWorld in April 2018 with a successful launch 100 days later.

â€œWe now possess an enterprise-level system covering hundreds of millions of dollars of capital and tens of LLCs. We continuously respond to top tier auditors and tax preparers, a first-class Board and sophisticated investor base. We accomplished this with a small team, ahead of schedule and under budget. Iâ€™m not sure I can give a better endorsement than that,â€� Briggs said.

Easing the analysis and consolidation processes involved in managing the complex business was a big priority. MACRO can now much more carefully manage cash balances to determine capital for film and television projects, as well as maximize interest. The business has been able to raise capital at a valuation that is a significant multiple of previous rounds and monthly closes are now accomplished in days.

â€œWhen you have things running efficiently, it gives you a heck of a lot more time to focus on improving operations,â€� Briggs said. â€œThatâ€™s how businesses can iterate and evolve.â€�

Whatâ€™s more, MACRO runs monthly forecasting plans that meld accounting projections with GAAP and cash to support real-time decision-making â€“ something not very many businesses in its space can accomplish. By being able to profitably and seamlessly support running a multi-platform media business, it can harness synergies of the projects and companies it works with.

Itâ€™s all a foundation that can scale â€“ and evolve — as MACRO aims to grow its existing businesses, expand into new ones, and pursue select acquisitions.

â€œWeâ€™re still in the early days of an evolution toward digital media,â€� Briggs said. â€œA short 10 years ago Netflix launched streaming and the first iPhone was released. We have only begun to see the impact of 5G, Augmented Reality/Virtual Reality and Artificial Intelligence. In a few short years from now, the way we entertain ourselves will evolve further and what weâ€™re doing today will feel antiquated.â€�

Learn more about NetSuiteâ€™s software for media and entertainment companies.