Alibaba throws down the gauntlet to Black Friday/Cyber Monday 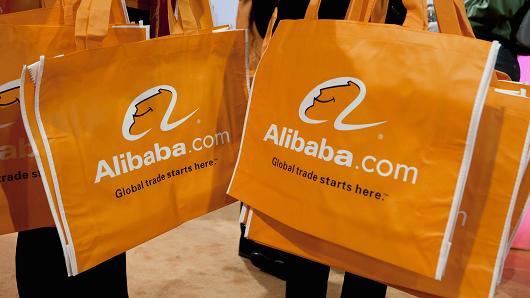 Summary:
Last year western retailers were beaten in the revenue stakes by Alibabaâ€™s Singles Day sale and the challenge has been thrown down again as the Chinese online giant breaks its own record from last year at this yearâ€™s 11 November shopping festival. 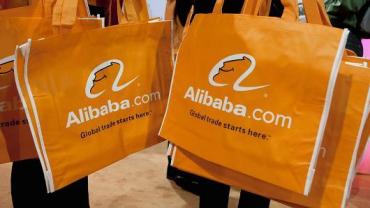 As Black Friday looms, here is an interesting tale of what is possible â€“ in fact readily doable â€“ in online retail management, though how much of this can be applied to the rest of the world is open to question.

Chinaâ€™s big cheese in online retailing is Alibaba, but it has some significant differences to most of the online retailers we are used to in the West. For example, its whole business model is based on providing resources to retailers as a large and complex SaaS environment rather than as a product. So retailers donâ€™t normally run Alibaba software on their own resources.

The service is pretty comprehensive and can provide the whole soup-to-nuts environment if required, from handling the stock acquisition and management, through sales and financial management, and on to logistics service management for delivering their purchases to the paying customers.

Alibaba does have a small presence in the UK and Europe, and is also keen to attract European businesses looking to break into the East Asian markets; for them it could indeed be a useful tool, not least because the firm also provides marketing and promotional support to its customers, a capability that will obviously cost a bit for the Western retailers, but does have the potential to save them a deal of aggravation until they are properly geared up to manage the task of setting up a local operation.

It is also extremely keen to show off the depth, breadth and quality of its capabilities as a retailer in some spectacular ways, and an obvious target might well have been to join in on the upcoming Black Friday/Cyber Monday selling frenzy that is due to grip the world at the end of this week. But last year the company went its own way around about this time, with the Alibaba Singles Day with some considerable success.

Figures generated by Alibaba and Adobe, suggerst that while Black Friday and Cyber Monday combined generated revenue of $13.9 billion in 2018, Alibaba Singles Day generated more than double that, $30.9 billion. And to demonstrate that was not a flash in the pan, the company has done the same again again this year. On November 11th the company set off on what it has called a 24-hour Global Shopping Festival, at least in part as a very public test of some of its latest hardware and software developments.

Key amongst these was the widespread use of its 3rd generation X-Dragon architecture, which is designed to seamlessly integrate computing platforms – including the companyâ€™s Elastic Compute Service (ECS) bare metal server and virtual machines – within a single architecture. This was launched at the companyâ€™s September Apsara Conference in Hangzhou and was getting it first public airing as being at the heart of its online retail services.

The results of the day are likely to inspire both envy and fear into online retailer operators around the world – envy around the notion that they too might achieve such results and fear not just at the sheer level of transaction activity the human race can actually produce when presented with the opportunity, but the knowledge that it is to your systems they are all addressing their ardour.

For example, the time taken to reach the first $1 billion of GMV (Gross Merchandise Volume) was just 68 seconds, and it hit Â£10 billion in under 30 minutes. Not surprisingly the sales rate tailed off a bit during the full 24 hour period of the event, but even the total GMV added up to $38.4 billion.

I canâ€™t help but suspect that, for any online retail operation those are indeed numbers fervently to be desired, except perhaps by the CIO and the IT ops team, who would know they could measure the cost of any downtime by simply repeating the words `half a million, half a millionâ€™ at a steady pace while trying to fix any problem.

As it was, Alibaba reported that there was no downtime on any of the systems during the run of the event. It claims it helped millions of businesses worldwide to reach hundreds of millions of consumers also worldwide, with the Apsara Operating System processing around 970 PetaBytes of data running at a peak load of 544,000 orders per second, which it is also claiming as a record.

This was run on the companyâ€™s own POLARDB database on bare metal servers that used green technologies, such as liquid immersion and deep water cooling systems, to reduce energy consumption. With customer requests being processed at a claimed peak of 87 million per second, overall energy consumption was 70% less than last yearâ€™s event, saving a claimed 200,000 kWh and with every 10,000 ecommerce transactions consuming 2 kWh.

In addition to running the trading for the event, Alibaba also made its Alime Shop Assistant available to all traders. This is a customer-service chatbot supported by the companyâ€™s machine learning technologies, and it is estimated it played a part in handling 97% of online customer inquiries. The service also provided traders and customers with Genie, a voice command system that allowed customers to place â€“ and traders to take â€“ orders without recourse to their keyboards.

And what orders there were. According to the company, these included 810,000 eggs, 1.4 million tons of rice and 76 tons of liquid detergent. If that is not a sign that shopping online is nowÂ  mainstream for the stuff of everyday life, rather than just the obscure or for the special occasion, unless Chinese consumers have a different approach to special occasions.