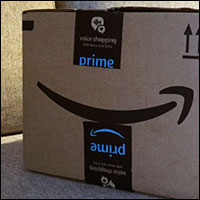 Amazon on Thursday announced
Project Zero, a program that empowers vendors to help drive counterfeits down.

The anti-counterfeit campaign will employ Amazon’s advanced technology, machine learning and innovation. Amazon will partner with Project Zero’s participating vendors to protect their intellectual property by detecting and removing counterfeits of their products.

The program’s aim is to ensure that customers always receive authentic goods when shopping on Amazon.

Project Zero builds on Amazon’s longstanding work and investments in this area, according to Dharmesh M. Mehta, vice president of worldwide customer trust and partner support at Amazon. It allows brands to work with Amazon to leverage combined strengths to move quickly and at scale in order to drive counterfeits to zero.

Putting the power to identify and remove counterfeit products in the brands’ hands demonstrates that Amazon takes this issue seriously, said Vidyuth Srinivasan, CEO of Entrupy. It sends a strong message to counterfeiters: Your products are not welcome in our marketplace.

“Of course, a bold move like this is bound to drive some chaos in the early days,” Srinivasan told the E-Commerce Times. “There is also a risk that brands with tightly controlled sales channels will use their new power to block resellers with legitimate products on the secondary market.”

Some resellers outside of Amazon Srinivasan have had this happen to them already, Srinivasan noted.

This program is excellent news for smaller businesses making original products, he said.

One sticking point is that some sellers and manufacturers do not want to add tags on products not being sold on Amazon. However, if the tags are only placed on specific batches of merchandise, then it defeats their purpose, Srinivasan pointed out.

Still, “Amazon should not have control over what the sellers do outside of their marketplace,” he said.

Amazon stands to gain some key points with its Project Zero campaign, but its anti-counterfeiting efforts will have little impact on a more pressing problem for Amazon, suggested Emmanuel Frost, CEO of
Brand Alignment, an online brand protection company that specializes in removing counterfeit and unauthorized sellers from the platform.

“This will streamline a previously inefficient process, where trademark holders had to fill out an online form and cross their fingers that Amazon Seller Performance would remove the seller in question,” Frost told the E-Commerce Times.

That wasn’t all — if the seller forged an invoice stating the products had been received from a manufacturer, then Amazon would reinstate the listing.

If Project Zero becomes available to all Brand Registry members, it would make the process much quicker and more efficient, Frost said, which would be a major benefit.

The downside is that counterfeits are not Amazon’s biggest third-party seller problem, he noted. That problem is unauthorized sellers that sell their products below the brand’s minimum advertised price, and often sell used or damaged goods as “New” instead of “Used” or “Refurbished.”

“This damages the brand’s integrity and the customer’s experience,” Frost said. “Currently, Amazon offers few resources for brands to remove these sellers and hire firms like ours to manage the problem.”

Project Zero provides brands with an unprecedented ability to control and remove listings from the Amazon store, Mehta said. Information on listing removals feeds into the automated protections service to improve proactive removal of counterfeit listings in the future.

Project Zero’s third anti-counterfeiting tool — product serialization — allows Amazon to scan and confirm individually the authenticity of all merchant products purchased in Amazon’s stores. Product serialization issues a unique code for every unit that is manufactured.

The merchant puts the codes on its products as part of its manufacturing process. This is the first of a two-step process.

Every time a product using the serialization service is ordered in Amazon’s stores, Amazon will scan and verify the authenticity of the purchase as the second step.

With this product serialization service, Amazon can detect and prevent counterfeiting for every product unit before it reaches a customer, said Mehta.

Project Zero currently is an invite-only program. Amazon initially has invited a selection of merchants to kick off the anti-counterfeiting program. Interested merchants can
join a waiting list to be invited to participate at a future time.

To enroll in Project Zero, vendors need to have a government-registered trademark and to have
enrolled their brand(s) in Amazon Brand Registry.

Enrolling in Project Zero is free. Companies that choose to use the product serialization service incur a cost between $0.01 and $0.05 per unit, based on volume.

Amazon is providing participating merchants with an unprecedented level of responsibility, because the company believes the combined strengths of Amazon and vendors can drive counterfeits to zero, according to Mehta. Participating vendors must maintain a high bar for accuracy to maintain their Project Zero privileges.

To ensure accuracy, Amazon has several processes in place. One is required training as part of Project Zero enrollment. Ongoing monitoring to prevent misuse of its tools is another control factor.

Project Zero turns the tables on bad actors by giving brands new counterfeit-identification tools and swifter recourse. For businesses that have had to weigh the brand safety issues that arise from rogue third-party sales against the total revenue potential of the channel, this move is a confidence-builder, observed Michael Lagoni, CEO of
Stackline.

“We will likely see artificially deflated prices rebound in some categories as illegitimate sellers are weeded out and more upmarket brands enter the marketplace, particularly from counterfeit-wary industries like fashion,” he told the E-Commerce Times.

Amazon tried cracking down on on counterfeit products in 2016, but it backfired, according to Greg Mercer, CEO of
Jungle Scout. Many legitimate sellers’ products were flagged and removed.

“This could also be a problem [if sellers] weaponize this program, which would get many of their competitors’ accounts suspended unethically,” he told E-Commerce Times.

The Project Zero platform requires brands to be active participants in the process, noted Ethan McAfee, president of
Amify.

“Oftentimes, brands believe people are selling ‘counterfeit’ products on Amazon, only to find they are in fact legitimate projects sold by gray-market sellers,” he told the E-Commerce Times.

Counterfeiters have developed very sophisticated methods of evading Amazon’s automation, noted Rami Odeh, vice president of digital commerce at
Velocity Commerce Group. Dealing with counterfeiters is similar to playing the game of “whack-a-mole” — smash one down and two more pop up.

“Counterfeiters have been changing business names, changing seller names, using different addresses, changing their IP addresses and their MAC addresses to continue to evade detection,” he told the E-Commerce Times. “Whenever they get caught, it is no big deal because they just come back in a different form.”

Project Zero is not going to solve the problem 100 percent of the time, Odeh suggested, but it will make it a lot harder for the counterfeiter who has multiple hammers crashing down every time he pops up.

Amazon’s Project Zero likely will generate benefits across the spectrum of customers, the marketplace, and also the brand manufacturers, said Nikhil Bhatia, assistant vice president of product management at
Riversand.

Customers will gain increased trust in what they are buying. The brand manufacturers can be sure that the customer perception will not be hampered by counterfeit products. The marketplace will see a reduction in the number of returns and related customer issues, he explained.

“This is opposite what the competition will face if they don’t have a similar capability in the future,” Bhatia told the E-Commerce Times, “as this will directly impact the trust customers have in a marketplace.”