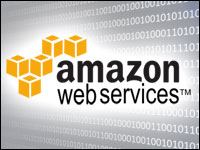 Andy Jassy, CEO of Amazon Web Services (AWS), on Wednesday told CNBC that AWS customers
would be off all Oracle databases by the end of 2019 and running on one of Amazon’s database products.

This is not the first time the market has heard something like this, but this time could be different. The statement comes on the heels of Amazon spending significant coin on Oracle licenses a few months ago. It also comes in the wake of Oracle’s introduction, more than a year ago, of its autonomous database with multiple security features and performance advances.

Jassy did not indicate how many Oracle customers would be affected, but an announcement earlier in the day suggested that AWS would be a US$70 billion business early in the next decade, which would eclipse Oracle’s revenues.

While customer names are useful indicators of adoption, a better measure would be the number of database licenses involved. A single major customer, for instance, could have hundreds or even thousands of databases.

The announcement raises many questions. Oracle has boasted significant performance advantages, as well as security features that prevent unauthorized access.

However, Amazon has been a relentless competitor on price, even in the face of Oracle’s claims to be the low-cost producer in the market, because when teamed with its high-performance database hardware it handles workloads faster and doesn’t charge for use during downtime.

At the same time, Oracle has made significant advances that lower the cost of operating its database, and it has deployed significant security capabilities — like self-patching, or the ability to insert new code to plug a vulnerability while the database is running.

Self-patching significantly reduces delay in maintaining products that drive a business, and it improves security. On other levels, Oracle’s products can help detect intrusions and wall off unauthorized access.

AWS is a cloud infrastructure vendor, meaning it supplies hardware, operating system database and middleware for a single monthly charge, based on the number of users. In that scenario, the cost of managing and maintaining the AWS system, including the database, is hidden from the user, so that the customer might not feel a difference between the two management approaches.

Oracle’s customer base is comprised mostly of big corporations that run their own data centers, and the company has been encouraging them to switch to its cloud service, which directly competes with Amazon. So, there is a substantial prize for whichever company can garner the most Oracle customers, a process that will evolve over many years.

After years of market equilibrium — with the big database vendors like Oracle, IBM and Microsoft sharing the market — the Amazon announcement has the potential to upset the applecart. It has been known for a long time that Amazon was building database products and that the company was competing with Oracle, its original database supplier.

Typically, businesses like Amazon don’t embark on developing products that are far from their core expertise and already available at a fair price in the open market. It’s hard to make money in that environment.

Amazon already has spent many years and invested significant funds to get this far. However, if Oracle’s assertions are right, the AWS products might not be appropriate for the big workloads Oracle typically supports. Both Oracle and AWS have joined battle over price. That might be a mistake for Oracle, which has claimed the performance mantle as well.

In a market with mature products, such as the relational database field, the dogfight is more likely to be over soft things like security, ease of use, and licensing policies and procedures, and the vendors split in these areas. Price always will be important, but only if all parties can perform, and that’s the argument Oracle is best at making. No doubt, some Oracle customers might flip if they should decide they don’t need all the functionality Oracle now brings to market, and price is a concern.

Such customers likely would have hundreds or even thousands of databases, and for them price could be an issue. Some customers on the bubble between price and performance considerations may decide price is more important.

However, changing database providers is not like changing socks. There’s a significant investment in time and resources, not to mention risk, for any company making a switch. So saving on the cost of a database won’t be enough to sway many users.

Lastly, although Amazon’s database products are competitive now, it remains to be seen if the company can keep up with the changing landscape cost-effectively, and make money in a field that largely has commoditized. AWS’ corporate parent can afford to put money into its database project, but it will want a return on its investment — else the relational database will prove to be little more than a vanity project.