Apple TV+ Is Much More Than a ‘Netflix Killer’ | Entertainment 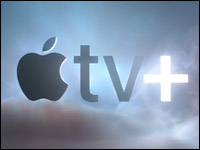 Apple
announced several new services earlier this week.
Apple TV+, the star of the lineup, will launch this fall with some high-profile original content — something that has become key to
the success of any over-the-top streaming service.

Apple also announced Apple TV Channels, an aggregation service that
will pull together content offerings from cable and satellite
channels, as well as other OTT services, such as Hulu.

With this announcement it could be argued that Apple is hedging its
bets. It’s trying to be both a streaming service — or “Netflix killer,” as
some media reports have branded Apple’s OTT play — and an
ecosystem player along the lines of Roku.

What is notable is that
instead of Apple TV Channels existing solely on an Apple product, the service
will be available through devices from Roku and Amazon, and even
on smart TVs from companies that could be considered Apple’s biggest
competitors, including Samsung and Sony.

“Apple is evolving into a services company,” said Joel Espelien,
president of the
Corum Group.

“They will increasingly offer services that run outside of Apple
devices — but always work best on Apple devices,” he told the
E-Commerce Times.

“The TV announcement was a baby step, but still a step towards
offering real bundles to consumers,” added Espelien. “They clearly
want to offer full subscription services — as with music also. They
just don’t have a mix that works yet for TV, so are going with a safer
‘channels’ marketplace type approach to start.”

To make its announcement, Apple pulled out all the stops, featuring an
onstage appearance by media icon Oprah Winfrey. In some ways, the
event arguably overshadowed the announcement.

“If it were any other company except Apple making the announcement,
there would have been a huge yawn from the market,” remarked Steve Blum,
principal analyst at Tellus Venture Associates.

Perhaps Apple tried to pull out the stops to draw attention away from
what it didn’t announce.

“It was a mixed bag, because we don’t know how deep its content catalog
will be. We don’t know pricing, and we don’t even have a firm date on
when it is launching,” said Greg Ireland, research director for
consumer digital transformation and multiscreen video at IDC.

“What we saw was that it was billed as a competitor to Netflix and
Hulu, and we have some information that big stars are creating
content,” he told the E-Commerce Times.

“But we already knew they were spending a lot of money, so now we have
to wait and see, and assess how impactful this will be,” added Ireland.

“The Apple TV service, at least what we know of it, isn’t
significantly different from any other OTT service,” Tellus’ Blum told the
E-Commerce Times.

However, what could make it different are Apple’s branding and
its ability to leverage its existing customer relationships and hardware/software ecosystem.

“It’s a fair question whether that’s going to be enough to make it
stand out in the TV business, but it’s a unique advantage and Apple is
smart to use it like this,” said Blum.

OTT Market – Competitive but Not Crowded

It would seem that Apple’s entry into the OTT space might come at the
expense of another service, but this likely isn’t the case. Even at
US$10 to $15 per service per month, consumers seem to be willing to
subscribe to more than one.

“Our survey data shows that consumers subscribe to two services, and
this is the growing market as it inches up, so there is room for
multiple services,” noted IDC’s Ireland.

Apple can grow in the OTT space, but that doesn’t have to be at the
expense of Amazon Prime Video, Hulu or Netflix.

“There are opportunities for a good handful of OTT services to have
success, so Apple TV+ doesn’t need to be a Netflix killer to be
successful,” added Ireland, “but a lot will depend on how they want to define success.”

Apple appears to be breaking the traditional OTT mold while rewriting the playbook, to mix metaphors.

Apple will “have exclusive programming, as the big OTT players do, and
that will help it position its video brand as it has for HBO and
Netflix — but it’s just icing on the same cake as everyone else’s,”
suggested Blum.

“This is a lot like the early days of digital satellite TV in the mid-90s,” he added.

“There was some programming that was unique to particular platforms —
DirecTV’s NFL package, for example — but for the most part programming
lineups were identical,” noted Blum. “What distinguished them was
bundling. Dish, for example, focused on low-cost packages and
distribution. DirecTV and U.S. Satellite Broadcasting were launched
via RCA’s then-formidable consumer electronics retail channel.”

To be successful in the OTT space will require a certain amount of content.

Today, there is simply more programming than ever before, thanks to original programming on broadcast TV, basic cable, premium cable, and now OTT services. It has fractured the audience, but the major players
are willing to make a big splash to get eyeballs.

What once was the domain of paid-TV services such as HBO and
Showtime now includes Netflix, Amazon and Hulu. For Apple to be
taken seriously, it clearly needed to include its own must-see TV.

The paid-TV services traditionally have paid big dollars to develop
content, and Netflix entered the space by going the same route. The
question is, what happens if the content investment doesn’t pay off?

“That is the big thing. How much money do you have to throw at it to
be successful?” pondered Colin Dixon, principal analyst at
nScreen Media.

“Apple can throw a billion dollars and that might be chump change to
them, but when you are at a standing start you can’t get there in six
to nine months and have a creditable service,” he told the
E-Commerce Times.

“You have to license content, and people are smarter about licensing,” Dixon added.

Netflix, for example, may have high-profile true “original” series,
such as House of Cards and Stranger Things, but a lot of the other exclusive “original” content, such as Babylon Berlin, was only purchased by Netflix. Bablyon Berlin actually was co-produced by German
public broadcaster ARD and pay-TV channel Sky.

“There just isn’t enough of that content out there; it is tied up,”
explained Dixon. “What Apple TV+ is offering is a mix of eclectic
content and not much of it.”

For show runners and would-be producers — not to mention actors,
writers and directors — now could be a golden age, as the bar may be
lowered just so that all these services can truly offer “exclusive” if
not in fact “original” content.

“The broadcast networks have for their entire existence had to throw
out a lot of shows and accept that not everything is going to stick,”
said Ireland.

“As a content provider, you need to have things in the pipeline,” he said, “but as noted, Netflix has content that comes from other sources, and
Netflix is a lot more than what they produce,” explained Ireland.

Netflix has been able to pick and choose through its
international partnerships. It can take a series such as Babylon
Berlin, based on the success the show had in Germany and Great Britain,
and the risk is mitigated because it only licenses the show.

That strategy has made Netflix a success.

“There is simply a breadth of content, so it doesn’t have to appeal to
everyone,” noted Ireland.

However, it was high-profile programming such as House of Cards, not
the imports of Scandinavian cop shows, that originally drew audiences
to Netflix. The question for Apple, as well as any of the other OTT
services that are built on the binge model, is what happens if there is
no more content to license, and the truly original content turns out
not to be so binge-worthy?

Apple could be taking a gamble by investing in high-profile offerings from Steven Spielberg and Oprah Winfrey.

“Apple is wooing big talent, and in this way it’s like a studio betting big on a movie to be a box office hit,” said Ireland.

“If it isn’t a hit, the studio has to figure out a way to recoup the
costs, and it isn’t clear if there are options when this happens to an
OTT series,” he added.

That is why network series tend to get the fall rollout with
four or five episodes, and if those are a hit, the series gets a
full season order. Amazon tried a similar approach by ordering a
number of pilots and having viewers vote to see which they’d like to
watch for a full season.

About the only hit of the bunch was the acclaimed series The Man in the
High Castle, but that was an adaptation of a book that already had developed a cult following.

Trying to get the next big thing already has been a problem for
broadcast networks, pay services, and basically every other content
provider. Providing more content doesn’t equate with better content
for viewers.

“As HBO moves from highly curated limited content to significantly
more content like Netflix, the danger is the quality will go down,”
suggested Roger Entner, principal analyst at Recon Analytics.

“As of last year, Netflix spent 10 times as much on original content
to get as many Emmy awards as HBO,” he told the E-Commerce Times. “Apple TV+ stands ready to fill that highest-quality, least-failure shows niche if HBO vacates
it.”

Apple, of course, can afford to take risks on a full season —
at least financially — in a way its rivals can not. When Netflix moved
from a DVD rental by mail service to OTT streaming video service, it
took a huge gamble with original programming.

“Netflix wasn’t a multibillion-dollar company. They just made money
from video, unlike Apple, and their overcommitment on content could
have sunk them,” explained Ireland.

For Apple, $2 billion invested in original content won’t sink the
company, and that gives them an advantage — but only so far.

“It could be disappointing on both sides if the content isn’t good,”
warned nScreen Media’s Dixon.

On the one hand, early adopters who are disappointed by Apple’s
offerings aren’t likely to remain loyal subscribers, so if the shows
don’t measure up out of the gate that could hurt Apple. On the other
hand, the big name talent that Apple has attracted could equate
lack of eyeballs with failure.

“I don’t see Spielberg sticking around if Apple can’t get his show out
there,” said Dixon.

“Apple is starting from nothing, which is different from, say, a Disney
— a company poised to launch its own OTT service. They have the
content you know and already love, and it has name brand recognition,”
he added.

“Apple is a bit late to this market, but brings a lot of firepower,”
said Roger Kay, principal analyst at Endpoint Technologies Associates.

“Netflix pioneered the model, and Amazon improved on it,” he told the
E-Commerce Times. “Apple has to do something. The smartphone market is
saturated and getting more competitive every day. Apple is trying to
swing over to services, and this effort is part of that — but it’s
beyond their existing expertise, so it won’t be easy.”