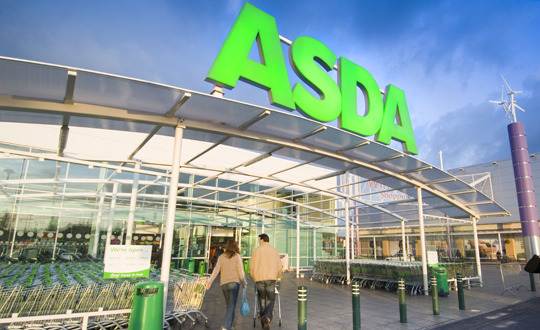 Summary:
Walmart has agreed to sell Asda to the UK’s Issa brothers, CIO Anna Barsby will lead the tech change that is part of new ownership. 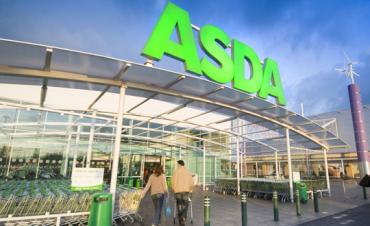 Supermarket chain Asda has hired CIO Anna Barsby to lead the technology separation of the retailer during its split from Walmart to its new owners the Bradford based Issa brothers, who own and founded EG Group. Barsby will be Chief Digital and Technology Officer (CDTO) during the separation of Asda.

US retail giant Walmart agreed on October 2, 2020, to sell Asda to the Issa brothers and TDR Capital in a deal valued at £6.8 billion, ending a 20-year association between the number three supermarket in the UK and Walmart. The Issa brothers, Mohsin and Zuber, are co-founders and leaders of EG Group, a UK based international retail and petrol station operator. In April 2019 the Competitions and Markets Authority, a government regulatory body, blocked a proposed merger between Asda and number two supermarket chain Sainsbury’s, citing a reduced level of competition in the market.

Under the new ownership structure, the Issa brothers and TDR are acquiring a majority ownership stake in Asda. Walmart will retain an equity investment in the business, with an ongoing commercial relationship and a seat on the board. In a statement, Asda stated it was committed to remaining headquartered in Leeds, and that Roger Burnely, CEO since 2018, will remain at the helm of the business and on the board alongside the Issa brothers, TDR and Walmart.

Asda highlights the experience the Issa brothers have in convenience retail and brand partnerships, as Asda seeks to develop its convenience retail proposition, and create what it calls strategic brand partnerships. The buyout will also see Asda receive £1 billion worth of investment over the next three years. Asda operates over 600 stores across the UK, employing over 135,000 people. The supermarket entered the all-important online grocery market in 1997, and added non-foods to the online offering in 2008. It can deliver to 98% of homes in the UK.

Phil Tenney, CIO for Asda since February 2013, will step down later this month.  Barsby was hired for her change management expertise, which has delivered culture change for major retailers in the UK, including luxury brand Fortnum & Mason.

I bring grocery and retail experience, but I am a people and change leader who loves the value technology can drive in business.

This is an exciting opportunity to really engage the skills and talent of Asda, it is a unique chance, and you rarely get to do that at this scale.

Although Walmart provides a significant level of technology to Asda, the supermarket also has relationships with systems integrators HCL and TCS. In 2018 HCL signed an agreement to build a central data management platform for insight and analytics, as well as data centre and DevOps development capabilities. TCS worked with Asda in the development of the ToYou click and collect service.

Barsby founded Tessiant, a management consultancy, in February 2020 with partners Matt Neale and Alex Ball. At luxury retailer Fortnum and Mason, Tessiant carried out a strategic review that led to the development of a new project management office and placement of a Transformation Director role within the executive. A transformation team then developed simplified working methods. At the other end of the market, one of the UK’s major value retailers commissioned Tessiant to improve the stock management, productivity, operating model and data management.

The CIO had been Chief Technology Director at supermarket Morrisons for two and a half years between 2016 and 2019, and led a major change in the role technology played at the Bradford headquartered supermarket. She joined Morrisons from outdoor and automotive retailer Halfords, where she was CIO for three and half years, and a member of the leadership team that transformed the Halfords business, its culture and place in the shopper’s hearts.

The Issa brothers have been one of the retail sector’s great, but perhaps largely overlooked success stories of the 2000s.  They went into business together in 2001 with a single petrol station site in Bury, Greater Manchester, today EG Group operates petrol stations and fast food retail outlets across Europe, as well as the US and Australia. EG Group represents the four largest petrol brands: BP, Esso, Shell and Texaco, and operates fast food outlets for Burger King, Greggs, KFC, Starbucks and Subway, and retail outlets for Carrefour, Louis Delhaize and Spar.  It is reported that EG Group remains one of the largest privately-owned retail businesses in the UK.

Barsby has a heritage of not only delivering technology at retail organisations, but also developing strong change management cultures. Building the right culture as part of the technology leadership is vital for the retail sector as it continues to embrace the opportunities technology offers. Retail is, of course, one of the sectors most visibly disrupted by technology.

No matter the ownership structure, retailers like Asda require new technology skills to allow the business to procure, operate and develop technologies to meet the needs of customers over the 2020s.

Barsby brings an excellent track record to Asda, having had the opportunity to see behind the till of Halfords during her time as CIO there, it was clear that the cultural change was the key to the business pedalling back to health. At both Halfords and Morrisons, Barsby changed the position of technology within the business, placing IT as a trusted partner and not just an order taker.  As Group CIO of J Sainsbury’s Phil Jordan recently told diginomica and me, building a team of technologists and data experts that are passionate about the business is key, especially as retailers must use data to develop deep and personal relationships with the customer.  That data led insight relies on having a strong technology infrastructure in place.

During 2020, the Coronavirus pandemic has reminded many of the important role grocery retailers play in daily life, and with Conservative Party Brexit about to take hold in January 2021, technology and a tech-literate culture will be vital to the delivery of retail success in what promises to be another year of major change.