Home / Retail Omni-Channel / At a time when we need digital services the most, we trust tech companies the least – a damning verdict from Joe Public

At a time when we need digital services the most, we trust tech companies the least – a damning verdict from Joe Public 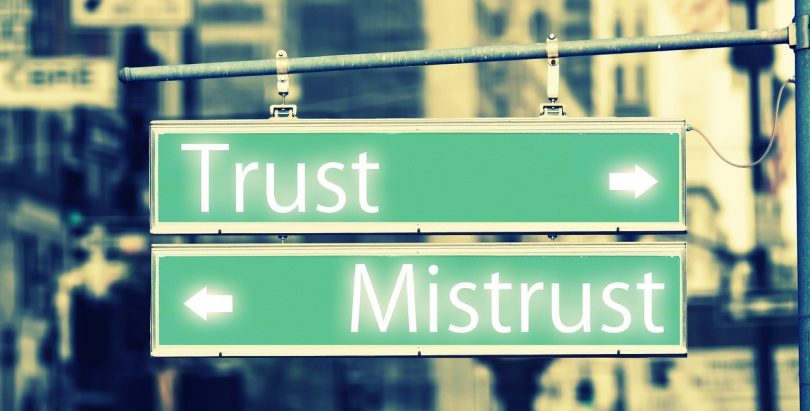 At a time when we need digital services the most, we trust tech companies the least – a damning verdict from Joe Public
Stuart Lauchlan
Tue, 05/12/2020 – 00:46

Summary:
The COVID-19 outbreak has made key internet platforms and services an integral part of daily life. It’s unfortunate then that the pubic has such a low image of the tech sector.

The general public trusts the technology sector less than ever and at a time when the COVID-19 crisis makes us more dependent than ever on internet services.

That’s the grim conclusion from a new study from Doteveryone, the UK  thinktank founded by Martha Lane-Fox, which polled 2000 British citizens for its People, Power and Technology: The 2020 Digital Attitudes Report into sentiments toward tech firms and their role in society. The report states:

People continue to feel the internet is better for them as individuals than for society as a whole. But the benefits are not evenly shared: the rich are more positive about tech than the poor, risking the creation of a new class of the ‘tech left-behind’. And it finds most people think the industry is under-regulated.

This is a critical time, it argues:

The public is once again recalibrating its relationship with technology. The pandemic lockdown has accelerated even further the already dizzying speed of technological change: suddenly the office has become Zoom, the classroom Google and the theatre YouTube. The transformations wrought in this period will be lasting. The outcome of this period of increased tech dependence must be one where technology serves people, communities and planet.

There are three top line conclusions from the survey data:

Drilling down further, key findings from the poll include:

In response to the findings, Doteveryone is calling for a number of recommendations to be considered, warning:

The Coronavirus response has understandably put much of the policy agenda on hold. But the crisis has accelerated the adoption of digital technologies in people’s personal lives and across the public and private sector and will create long term change in how society functions. It’s vital that this does not take place in a regulatory vacuum.

To that end, it calls for:

In her foreword to the report, Lane-Fox reminds readers:

I founded Doteveryone to put the public voice at the heart of shaping our digital world. In this report we hear that voice loud and clear again: people love the internet, just not at any price…The response to the [COVID-19] pandemic is supercharging the speed of technological change. This change must be driven by the interests of people, communities and planet – not just the profit margins of the tech companies.

Will the current crisis be more successful in triggering real change than previous ‘statements of intent’?  A lot has changed since the last study in 2018, but hasn’t made much difference, observes Doteveryone:

The media has turned its focus on a series of scandals, politicians have promised to regulate and ethics initiatives and have mushroomed across the tech sector. But what’s striking from our 2020 research is that all of this appears to have had little tangible impact on people’s experience of, or attitudes towards, technology. They still feel a gap between the individual and societal benefit of technologies. Although people’s understanding has increased, they can’t translate that into any real power over their digital experiences. And their concerns about the impacts of technologies continue to go unheard.

This was a UK-centric piece of research, so the conclusions may, of course, vary in other countries, but given the controversies of recent years, an underlying sense of distrust and skepticism is likely to be a common thread.

Sadly I suspect it’s going to take more than a boom in online grocery shopping, takeaway deliveries and Zoom uptake to put that right anytime soon.