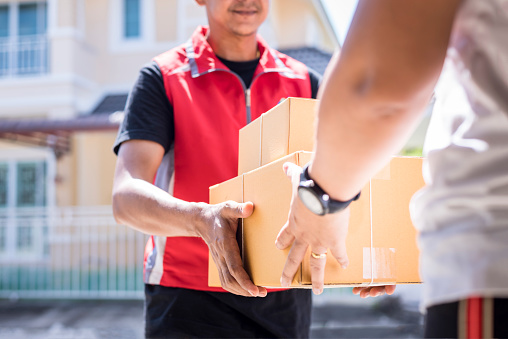 When marketing consultant Robert Lee bought an established mail fulfillment house last year, he was really buying the company’s customer base. What he definitely was not buying was their antiquated financial system.

Not long after his ultra-small Lexis Direct Marketing purchased not-quite-as-small Atlanta Business Circulators of Marietta, Ga., Lee (no relation to the famous Civil War general) realized that the desktop QuickBooks deployment ABC was relying on was no longer going to cut it.

He envisioned creating a one-stop shop for customers’ direct mail campaign needs, from concept and design through delivery and fulfillment, but ABC’s existing financial system just wasn’t going to deliver the flexibility and visibility Lee needed to make his vision a reality.

He immediately moved the newly combined company onto QuickBooks online in order to modernize just a bit, and to put data in his hands when on the go. While this solved some issues, the lack of customizability still held the company back.

“We were kind of stuck in QuickBooks Online’s way of doing things, which was fine on the accounting side, but for production management, it was just absolutely ineffective,” Lee said.

NetSuite was already on Lee’s radar, and he ended up comparing it to a direct mail fulfillment-specific ERP system that offered a lot of needed functionality, but wasn’t as customizable as NetSuite, and was built for a larger company. Ultimately, Lee went with NetSuite, tapping the SuiteSuccess methodology to help ensure a smooth deployment.

Technology That Works How the Customer Needs

Not only was NetSuite up within a few months; NetSuite Professional Services consultants also worked closely with Lee and his small team, ensuring that any questions got answered. One specific piece of help they provided was in customizing ABC’s item fulfillment process. Since the company didn’t need functionality that supported picking and packing of items, they were able to tweak the pick and pack buttons to mark work orders as being completed by the data and production departments.

“This makes it very simple for me to be able to go in and say, ‘Where are these jobs?’ if a customer calls and what’s to know what’s going on,” Lee said.

Lee described the implementation as simple and smooth, although it was made simpler by the fact that ABC had no integration needs during deployment. But Lee did have one regret: He wishes he’d invested more in training from NetSuite consultants, in large part because of the ease with which small business workers fall into their old habits.

In the meantime, Lee is focused on a five-year plan that NetSuite makes possible, namely building a small outside sales team that will help to build the company’s brand across a larger portion of the state of Georgia. NetSuite will allow that sales team to build better customer data, and will also enable better collaboration on estimates, and improved visibility into the pipeline.

That future capability, Lee, said, is more important than what NetSuite has already delivered to the business.

A System For the Future That’s Paying Off Now

Not that he isn’t enjoying today. Not only does he have that improved visibility and flexibility, but Lee is also benefitting from the ability to customize any transaction he needs to support and to capture the information needed for any particular job or estimate.

Once ABC delivers on its five-year plan by establishing the sales force, Lee said the second five years will focus on more advanced functionality for managing growth, such as the ability to better track costs and inventory. Eventually, he foresees NetSuite supporting a growth-by-acquisition strategy that could enable ABC to gain a foothold in other states.

And then there’s what Lee said is perhaps the greatest peace of mind NetSuite provides: its ability to insulate ABC from the impact of any future economic recession. He believes having NetSuite in place better positions ABC to survive a 12- to 18-month dip in the business.

“Iâ€™m confident that we have everything we need right in front of us so that we can actually forecast enough to be able right-size ourselves through any kind of economic downturn,” said Lee. “It will at least allow us to understand the impact of what we’re facing just by virtue of the fact that we can see those trends.”