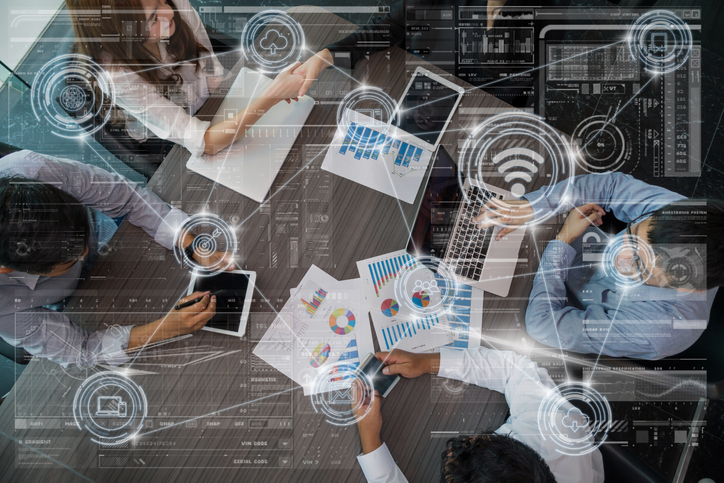 Technology implementations are always complex: There are new processes to plan for, vendors to manage, timelines and budgets to track, training, and on and on. After many NetSuite implementations, Iâ€™ve noticed some common mistakes that organizations should take note to avoid. Yes, you can and should rely on your system integrator to advise you, but you also need to be aware of these seemingly small issues that can become big headaches if not managed correctly.

Everyone has a budget for a technology project, but it often doesnâ€™t account for everything thatâ€™s needed for a successful implementation. Lots of organizations have the â€œGet it done NOW!â€� mentality which causes everyone to rush the process and set unrealistic expectations about whatâ€™s actually needed for success.

Look at the total impact of your project and account for everyoneâ€™s time and cost. Be as honest as possible with yourself about how much of your resourcesâ€™ time you can commit. If you plan for the team to give 50 percent of their time but you only get 25 percent, you will have some fairly large delays.

To avoid this, be aware of and honest about your companyâ€™s experience. If your SI is a good one, they should be asking thorough questions at the beginning of the project so you are aligned on resources, skillsets and budget. They can help you build out an â€œall inâ€� budget that covers every piece that will need to happen during the implementation, as well as whatâ€™s realistic for operating and maintaining the technology after the go-live.

Avoiding change can manifest itself in several ways, but customization is a common one. Iâ€™ve seen companies try to minimize change so much that they demand a lot of customizations of the new product and by the end, theyâ€™ve customized themselves right back into the constraints of their legacy systems. Change is inevitable, so lead your team to crawl, walk and then run throughout each piece of the project so they can adapt and maximize the use of the new technology.

Also, donâ€™t introduce change too late in the game: Change becomes more expensive the further you get into the project. If there needs to be a change in your project, donâ€™t avoid it. Bring it up to your SI as soon as possible; there may still be costs associated with it, but the costs will be lower than waiting until later.

Mistake #3: Migrating and integrating everything

Be very honest about which data you actually need. Your first instinct might be to move over everything. But if you take a look at what you actually need, the reality could be a fraction of that. Organizations rarely use most of the data after itâ€™s moved, so being honest about whatâ€™s actually needed will save a lot of project/services time and give you much better value-add.

When it comes to integrations, be aware of what you need now and what you need in the near future. If you have something you want to change eventually, donâ€™t spend time and money integrating to a tool that will soon end up in the garbage anyway. Take a hard look at your roadmap and challenge your teams to avoid throw-away work. Also, be thoughtful about what you integrate; companies that tend to hook up everything donâ€™t get much value from integrating older tools. They wouldâ€™ve been better off retaining access to those tools than spending budget on a lot of heavy lifting for an integration that doesnâ€™t provide much use.

Mistake #4: Minimizing how important people are

This goes for the people on your team and the people on your SI team. For the SI side, take a good look at their deep technical skills but donâ€™t downplay the culture. If you have culture differences, those can cause more conflicts than you may realize. In addition, the SIâ€™s sales and delivery teams should feel aligned; if the salespeople sound very different from the delivery people (if the salesperson will even let you talk with the delivery folks), thatâ€™s a red flag. But if the SI presents itself with one goal and appears to work together, then alignment will likely continue through their engagement with you.

For your team, donâ€™t wait until the last minute to engage the end users. Involving the field teams or stores teams is imperative for a technology implementation. They should understand what youâ€™re trying to do and why, and be allowed to give input on it. If not, you risk building something that doesnâ€™t actually support the work, responsibilities or expectations of the people who are accountable for using it. If you want IT to be self-sufficient a month after the go-live, but theyâ€™re not involved until the last 30 days, then you jeopardize the entire project (even with the best implementation).

NetSuite provides top-notch training, so take advantage of it. They have the proper approach of training people before the project starts and they provide good license costing; they have two built-in releases per year, so you donâ€™t have any surprising license cost increases.

The mistakes Iâ€™ve outlined here can happen to any organization, but theyâ€™re more likely to occur when planning is rushed or when unrealistic expectations are set. Donâ€™t set yourself up for hardship before the project even begins! A good SI will help guide you and ask the tough questions, but you know your teamâ€™s skills and capacity the best: Take the time to do thorough planning and set honest expectations of your time and effort.