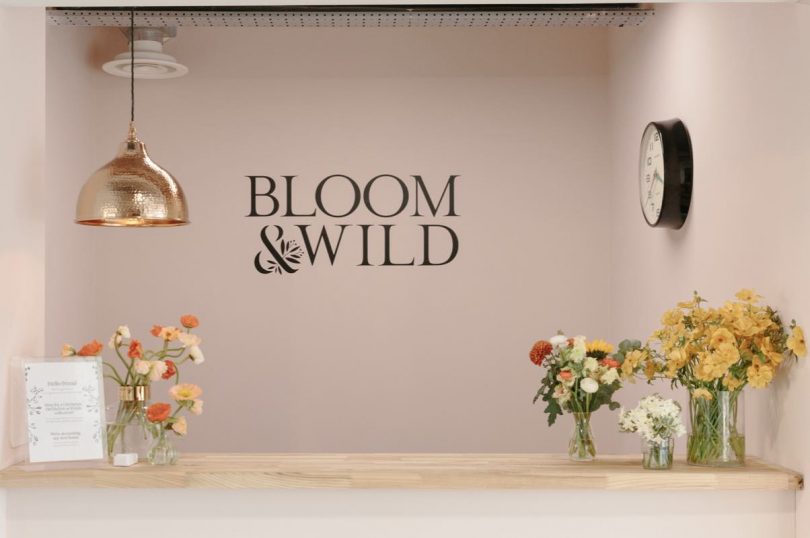 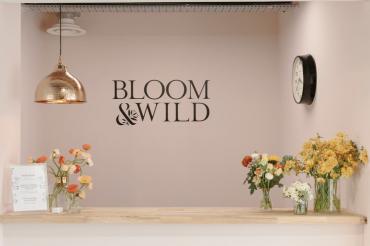 Just as Uber and AirBnB are as much about the technology platform that drives the product as the product itself, so Bloom & Wild follows the same model. Isobel Mills, Lead Customer Delight Manager at the flower delivery company, explains that technology underpins everything, as the factor that ensures a smooth experience for the customer:

We are a tech company that delivers flowers, as well as being the flower delivery brand.

Hence Bloom & Wild puts a lot of time and effort into making sure its site and app are technologically sound. Logistics and operations are run off a back-end system custom built for the purpose, one that is maintained and enhanced by an on-site technology team. Mills says:

We don’t have a team of developers offshore we never speak to, who we can only Slack. They’re right there in the office, they’re just as passionate about customers as the Customer Delight team is, they subscribe to our company values, of which one is customer first.

Another core value for Bloom is offering consistent service and quality. All its flowers are delivered from a studio in the Midlands, rather than independent florists, where it can be harder to retain control over the product:

Every single one of our boxes is packaged the same, it has exactly the same spec, it comes from the same source and the same collection of flowers. That’s really important. The ability to send through the letter box means they’re all fresh, and every bouquet will be completely different depending on how you’ve arranged it, but you know they’re all consistent.

Zen and the art of flower deliveryÂ

With customer satisfaction and excellent technology as core principles for the firm â€“ of its 95 employees, 20 are in the technology team and the same again in its Customer Delight team – Bloom & Wild turned to Zendeskâ€™s customer service suite soon after the company launched to better support its customers. Mills recalls:

It was the first system. When we decided that you can’t answer your enquiries off Gmail, we bought Zendesk. It is critical for us. Zendesk is so customizable and as all of our backend system is our own backend system, they’re very linked. We can pull as much information in on the customers, we can push as much information from what’s happened on Zendesk into our backend.

We don’t have thousands and thousands of different systems. We have one big main system that does all of our orders and then Zendesk plugs into that, our marketing, our CRM plugs into it, and we’ve got a data warehouse. That’s the only tools, so Zendesk is a key part of the stack.

One of the key advantages Zendesk offers is its scalability. Since Mills joined the business four years ago, the Customer Delight team has grown from one employee to 25; Zendesk has supported that growth, and can scale up as needed:

There are much bigger companies using Zendesk, so it’s quite nice to have that confidence that there is no need to move from it. We’re not thinking of when we get to another 20 people, we have to leave.

The ability to customize and add to the platform have proved useful for Bloom & Wild. Mills cited Zendeskâ€™s integration with lots of other apps â€“ â€œAnything they canâ€™t do, they found a partner that can do it for them and brought them on boardâ€� â€“ and its â€œsuper Open APIâ€�, which makes it easy for the flower firmâ€™s developers to build apps and bots to work in the system as other helpful elements:

The biggest limit of Zendesk is that I don’t know what I’m looking for. It can do anything you want it to, you just need to know what you want out of it and ask it the right questions.

The user-friendly nature of the platform means it doesnâ€™t require much user training to get new people started â€“ a must for retailers encountering seasonal spikes.

The busiest time of our year is Mother’s Day. We went from our core team of 25 this Mother’s Day to an extra 120 people. It’s super stressful. But actually one of the things that takes away from that stress is that they just jump on and Zendesk makes it really easy how to do it, it routes things, it provides macros, all of those really smart things that itâ€™s got just take away some of that pressure of training and on-boarding people.

Of the new features highlighted at the Zendesk Showcase event in London this week, Mills said the Duet product, which combines sales and support into one platform, is not of interest to Bloom & Wild as itâ€™s more suitable for B2B rather than B2C firms. However, it is interested in the integrated messaging updates, which would allow companies to reach their customers on platforms like WhatsApp, all from within the Zendesk suite:

Bloom & Wild trialled the WhatsApp integration last year after Zendesk upgraded the company to a higher plan to test it out, and was really impressed with the functionality. It switched the feature off ahead of the busy Christmas period, but Mills is planning on putting a business case together to invest in the upgraded version to get the feature back.

The company is less enthused about Answer Bot, Zendeskâ€™s take on an AI chatbot. Mills explains:Â

We have tried Answer Bot, probably in one of its earlier guises, and found it a little bit restricting. Even around the basics, nobody solved their enquiry. So that might be because we didn’t provide the right kind of information, but I guess it’s a mixture of two things. One is that when someone’s flowers are late, they don’t want to read an answer that tells them that they chose the courier that’s not guaranteed. If itâ€™s their mum’s birthday, that must be something special to them, which means it’s much more important that once they speak to a person, they can explain how special they are and to get it resolved.

The other problem is language use. Mills added that some of the language felt like it might have been appropriate for SaaS companies, but not for consumers.

None of our customers will see a button that says, ‘I found my answer, solved my requestâ€™. They’d go, I don’t know what you mean, I just need an email back. If that becomes a bit more customizable, I would definitely turn it back on.

Mills noted that even if Answer Bot only solves two percent of queries, that would still have a huge impact during busy periods. But at Bloom & Wild, the interest is around the potential of augmented rather than artificial intelligence for customer service.

Technologies that can prepopulate a macro for you to personalize, that save you the time searching through the macros or to more cleverly route things are something we’re constantly looking out for and working out what’s the best tool to help us.

For now, Bloom & Wild is focusing on switching on the Zendesk Web widget, which will give people the opportunity to request a call back, search the FAQ, do online chat or send a message, all from the same place.

Further ahead, the firm is looking to grow its European business. Bloom & Wild currently operates in France and Germany, and would like to expand this further, with a goal of being the best-loved flower brand across Europe. The shadow of leaving the EU means it is hard for Bloom & Wild â€“ as is the case for many UK businesses – to make concrete plans. But at least the firm has solid

s in France and Germany to operate from, if it all goes wrong in the UK.