Summary:
The first month of the new year is over. Here are the tech highlights. 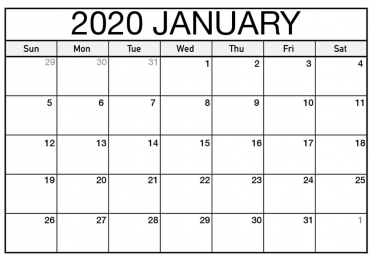 January is normally a slow month for great enterprise news, mostly because weâ€™re all digging through an avalanche of start-of-year-prediction pieces. Nonetheless, I did find a number of head scratching thought provoking pieces to ponder.

â€œWhy Boards Should Worry About Executivesâ€™ Off-The-Job Behaviorâ€� â€“ This is an exceptionally solid and important read. Itâ€™s something that the boards of all firms should take to heart. This Harvard Business Review piece looked at several studies that evaluated whether the non-work behavior of executives might presage bigger problems. They looked at correlations with traffic tickets, DUIâ€™s, etc. and compared these risky behaviors to things like insider trading. I wasnâ€™t surprised at the linkages as Iâ€™ve known CEOs that were ex-cons, killers and more. Letâ€™s face it, someone that doesnâ€™t care about following the law or endangering the lives of others, isnâ€™t going to care how much they screw other shareholders. Iâ€™m leading with this story as itâ€™s that important and eye-opening.

â€œAgeism in the Workplaceâ€� â€“ AARP has this piece out on one of my major sticking points in HR: Ageism. There are some sobering stats and major employers (and HR websites) are called out for using language like â€œrecent college graduateâ€� in job ads that foster continued age discrimination. The conclusion of the piece is bleak. Laws that are supposed to stop this discrimination arenâ€™t being enforced and employers are getting away with it. Itâ€™s time to put pressure on HR technology solution providers to do what employers may be loath to do: enforce the law of the land.

And, as if on cue, my Sunday IndyStar newspaper had a pitiful and regrettable story titled: â€œHow to age-proof your resume when looking for a jobâ€�. That article essentially supports deception as a means to fight ageism.Â  Instead of urging firms to not discriminate, it suggests ways to deceive discriminatory employers. Two wrongs make a right? I donâ€™t think so.

Next month, Microsoft will make a material change in its HR applications that are part of the Dynamics 365 suite. People Matters reported:

Microsoft is gearing up to drop its bundle of Dynamics 365 Talent Attract and Talent Onboard apps from Feb. 1, 2022. The technology giant is advising its existing customers to shift to LinkedIn Talent Hub. Microsoft is transforming its core human resources capabilities that are contained in Dynamics 365 Talent in order to repackage it as Dynamics 365 Human Resources on February 3, 2020.

The LinkedIn Talent Hub, is an application tracking system for sourcing, managing, and hiring built with the foundation of the core LinkedIn network. It also includes other tools such as LinkedIn Recruiter and Jobs into a single platform.

This is actually a big deal as Microsoft is clearly serious about integrating its LinkedIn acquisition (and the massive data trove it possesses) with its Dynamics 365 applications. While some payroll service providers possess big data, too, Microsoft has an enormous partner network and Dynamics has a huge install base. This kind of market leverage could become a problem for HR software vendors that either lack big data components to their solution or must rely on alliances with firms like Microsoft for access to big data.Â  The future of HR and other applications cannot be much unless the solutions contain big data components.

The Velocity Network Foundation is a non-profit foundation with an open source solution, the Velocity Network,Â that connects to many major HR technologies, employers, educational institutions, etc.Â  This network can bring a much-needed measure of validation to the world of recruiting. Velocityâ€™s independent, non-profit structure may be the optimal way for this kind of a solution as it lets HR technology vendors design apps that format certification requests/responses and process the feedback. Velocity Network Foundation sets the standards for credential providers & users, how results are prepared and interpreted, and, most importantly, creates the secure environment for this. Educators and employers would only need to work with one set of design standards to provide requested credentials.

According to a Velocity publication:

Thereâ€™s a lot to this radically-new solution. It uses blockchain to maintain the integrity of the information. It supports GDPR, CCPA and other privacy standards. It doesnâ€™t keep copies of people data and it allows people to remain out of the system, if so desired.

Why is this newsworthy? Employers, lenders, educators, etc. that rely on big data stores (or small datasets like a credit application) need access to verifiable, vetted information. Itâ€™s like the recent college admissions scandal where presumably less-qualified individuals got admitted to prestigious schools while better students didnâ€™t. There are professional, personal, societal and economic costs when bad data triggers the wrong business decision.

Kudos to the Velocity Network Foundation for trying to make the world a better place.

TrustRadius has taken on a big, big objective: trying to capture reviews on tech companies that are truly legit and useful.Â  And like Velocity (above), they are trying to make the world better. According to a recent announcement of theirs:

I believe there are genuine problems with tech companies and many tech firms should look at:

My request to TrustRadius would be to expand its scope from just customer reviews of tech vendors and review the vendorsâ€™ business practices and processes, too!

â€œAre You Undervaluing Your Customersâ€� â€“ Ahh, if only airline executives could read, they might learn a few things about how to measure the worth of a customer. As a â€˜passenger-mileâ€™ or â€˜revenue-seatâ€™ (not a customer or human being) for zillions of flights, I just donâ€™t think the airline industry understands what an asset that customers can be. This piece by Bain should be required reading for CRM/CX vendors and executives in a number of customer-facing industries. This article begins with:

The true purpose of a business, Peter Drucker said, is to create and keep customers. Most managers understand this, but few behave as if they do. Under relentless earnings pressure, they often feel cornered, obliged to produce quick profits by compromising product quality, trimming services, imposing onerous fees, and otherwise shortchanging their customers. This short-termism erodes loyalty, reducing the value customers create for the firm.

I did a recent piece on the closing/consolidation space. In the middle of that article, I embedded highlights from an interview I did with FloQastâ€™s CEO, Mike Whitmire. Now, FloQast has raised a new round of capital. According to FloQast:

FloQast announced it has raised $40 million in Series C funding led by Norwest Venture Partners with participation from existing investors Insight Partners and Polaris Partners. The latest investment round brings the total equity raised to $93 million. The new funding, which reflects the rapidly growing adoption of FloQastâ€™s close management software, will be used to help the company to further accelerate customer expansion and drive continued technology innovation for corporate accounting teams.

This month Host Analytics changed its name. Itâ€™s now Planful. Diginomicaâ€™s Jon Reed did this story on the change and his conversation with CEO Grant Holloran.

I briefly ran into the Prophix folks at the Acumatica show this week. They promised to contact me when theyâ€™ve got some big news. Iâ€™m looking forward to that.

OneStream was also in the news. They reported a number of positive growth stats for 2019 including:

Not a Glass Ceiling but Glass Data

Time had this article, Closing the Gender Data Gap, that caught my attention. The article starts with this:

Did you hear the one about how aid workers rebuilt homes after a floodâ€”and forgot to include kitchens? How about the entrepreneur whose product was dismissed by funders as too â€œnicheâ€�â€”but whose femtech company, Chiaro, is now on track for more than $100 million in 2020? Or the female sexual-dysfunction drug that was tested for its interaction with alcohol on 23 men … and only two women? Not finding any of these funny? Maybe thatâ€™s because theyâ€™re not jokes.

It’s a sobering read that had me wondering â€œhow could smart people do these stupid things?â€�.

Image credit – Free for commercial use