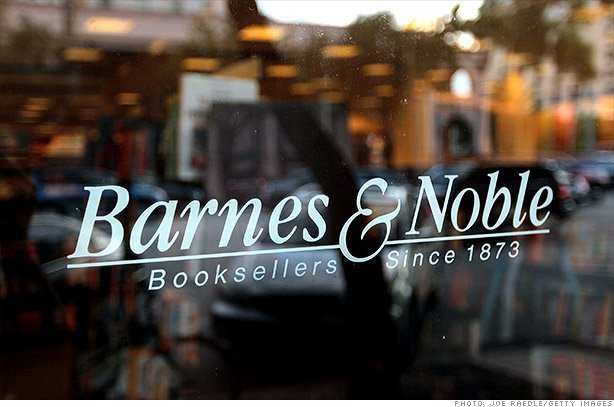 Summary:
B&N has been bought out and a new boss put in place. Is it time to turn the page on a US retail institution? 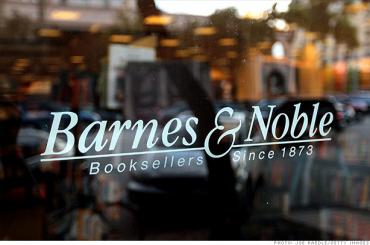 Of all the retail sector transformation stories weâ€™ve tracked at diginomica, the saga of Barnes & Nobleâ€™s (B&N) decline has been one of the most consistently downbeat. Iâ€™ve lost count of the number of times the page has been turned on the past to move into a new chapter etc etc.Â

But the next chapter is finally underway after B&N accepted an offer from the UK arm of Elliott Management, the $35 billion hedge fund firm whose recent taking of a stake in SAP has opened a Pandoraâ€™s Box of speculation.Â

The firmâ€™s intent with B&N seems clearer. Itâ€™s taking the retailer private in a $683 million deal. This isnâ€™t the first dabble in the book selling industry. Last year the fund bought the UKâ€™s leading book chain Waterstones for an undisclosed sum, a deal that is set to have a considerable influence over what happens next to B&N.

B&N in so many ways is an appropriate avatar for wider Amazon-ian disruption of the retail industry. It was on the front line from the very start. If any sector has suffered more at the hands of the one-time â€˜online booksellerâ€™ itâ€™s the book shop business. Borders was the first major casualty in the US, shuttering in 2011.

Founded in its current form by Leonard Riggio in 1971, but with roots dating back to 1893,Â  B&N remains the largest book retailer in the US, with physical presence in all 50 states. But while it boasts being part of 627 communities, buyers in those communities have all too often been popping in for a coffee and a browse of the shelves, before picking up their phones and actually buying their chosen books at a lower price on Amazon.Â

There have been valiant attempts at turnaround. Store re-invention programs were launched. There was to be more focus on books than toys and gifts. The B&N role as a community hub was pitched hard. The firmâ€™s loss-making Nook e-book device business was canned. Or was it? Even Donald Trump was blamed for its ongoing woes.Â

As recently as last month, Chief Merchandising Officer Tim Mantel – the firm hasnâ€™t had a full-time CEO since 2017 when Demos Parneros was ousted amid allegations of sexual harassment that are still subject to legal action – was pitching the shift to an integrated, omni-channel approach:Â

With great alignment between our storeÂ and digital business, we were able to deliver a compelling unified message for our customers. This was further amplified with website improvements that were made to BN.com leading up to the holiday season and our expanded omni-channel offerings. Customers embraced our Buy Online Pick-up In Store service which provides them with a great and convenient option to shoppers.

But still sales declined. Founder Riggio has been acting CEO in recent times and was in that role when B&N began looking for suitors to buy out the firm last year. Inevitably there was speculation in some quarters that Amazon might make a play and build itself an offline network in the sector where it all began.Â

In the event it was Elliott Advisers, the UK arm of Elliott Management, that won the day. Its first action has been to appoint James Daunt, the CEO of Waterstones and the man credited with returning that firm to profitability, as head of B&N as well, although the stated intent is to retain separate brands.Â

Itâ€™s stupidly early days of course to have a clear idea of what Daunt will do at B&N. In the formal announcement of his expanded role, thereâ€™s a somewhat bland mile-high mission statement-y soundbite:Â

Physical bookstores the world over face fearsome challenges from online and digital, a complex array of difficulties that for ease and some evident reason we lay at the door of Amazon. Our purpose is to create, by investment and old fashioned bookselling skill, bookshops good enough to be a pleasure in their own right and to have no equal as a place in which to choose a book.

As a self-styled champion of â€œold-fashioned book shopsâ€�, heâ€™s previously gone as far as to make the bold claim that heâ€™d rather there was no Waterstones or any other big chains. He is fortunately savvy enough to realise that in a retail world dominated by Amazon, the idealistic vision of hundreds of independent book sellers is unfeasible.Â

That said, he retains a love for physical book stores, so much so that he led Waterstones to buy out Londonâ€™s famous Foyleâ€™s on Charing Cross Road in order to help it fend off â€œAmazonâ€™s siren callâ€�. He shares a belief with B&Nâ€™s Riggio that there is a role for the traditional shop in an e-commerce age, telling The Independent newspaper:

We knew you could buy everything Waterstones stocks online, so had to really justify why customers would come in store. We had to make it fun and worthwhile and an absolute pleasure and make people come away with a book thatâ€™s worth more [than one bought online] because youâ€™ve really invested in it.

So donâ€™t expect a rush to shutter B&N stores wholesale, although whether B&N can sustain its current inventory of stores is inevitably open to question.

Whatever comes next, a new managerial regime is set to kick in at B&N, one thatÂ is highly financially-focused. For all Dauntâ€™s romantic views of book selling, itâ€™s his pragmatism thatâ€™s led to him being given his expanded role. Daunt told Publisherâ€™s Weekly that:

Elliott expects, at some point, to sell Barnes & Noble for a lot more than they bought it forâ€”they expect to make tons and tons of money. But they also know that they will only do that if we can make the business shinier, bigger, and better. To do that, they will need to share some of their treasure with us. The simple fact is that B&N needs money.

What that money will go on will become clearer over time, but based on the turnaround strategy at Waterstones, there will be a focus on upgrading stores and a devolving of management responsibilities to local level. This had beneficial results in the UK and led to improvements in supply chain management and order fulfilment. Waterstones has built a very successful click-and-collect operation, built around its stores. With B&Nâ€™s physical presence across the US, thatâ€™s also clearly going to a big part of a revamped omni-channel strategy.Â

Then thereâ€™s the Nook. E-book readers is one area that might be called a failure for Daunt at Waterstones. The firm rejected a partnership to sell B&Nâ€™sÂ device, opting instead to sell Amazonâ€™s Kindle in 2012. By 2015, the order was given to clear shelf space for more physical books after Kindle sales failed to take off.Â

In comments heâ€™s made in recent days, Daunt seems to hint at a potential re-ignition of interest in e-books, commenting that heâ€™s happier with the idea of selling his own brand of device than that of a third party (and biggest rival!). The Nook might just get another stay of execution.Â

Dauntâ€™s career path to date is one that provides the best hope for an omni-channel future for B&N after so many years of decline. That said, Waterstones is a very different beast to the US retailer and itâ€™s not just going to be a case of mapping what was done in the UK onto a far bigger American market.

What is needed now is a period of sustained and consistent leadership. The comings and goings of CEOs and the chasing of shiny silver balls in place of a long-term strategyÂ are what have led to many of B&N’s self-inflicted injuries. The firm has been like a rabbit in the headlights of Amazon. Daunt cuts a very different figure. He gets that Amazon has changed the game – for the worst perhaps, in his view – and that the world has changed forever. The old retail models need to move on.

As noted, thereâ€™s a lot of debate about what Elliott Managementâ€™s impact on SAPâ€™s future will be. I suspect that its impact on B&Nâ€™s future could be the saving of the firm and the rebuilding of a US retail institution.Â