Home / Retail Omni-Channel / Can 'Clothing-as-a-Service' fashion a future for retail in a Subscription Economy?

Can 'Clothing-as-a-Service' fashion a future for retail in a Subscription Economy? 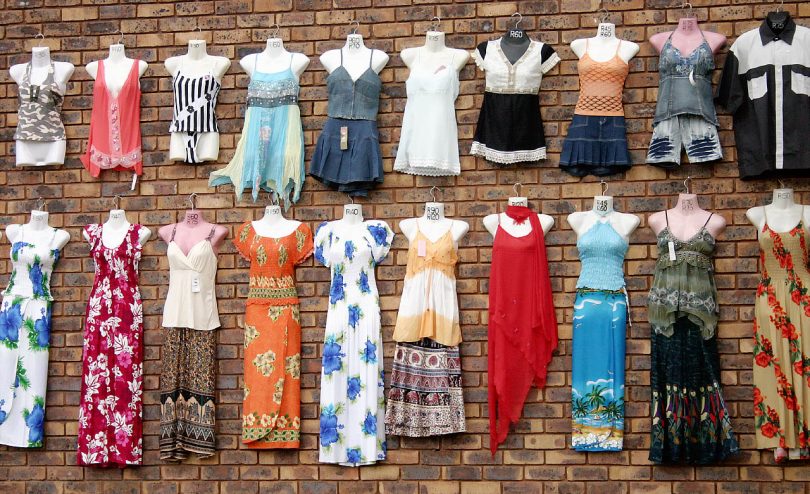 Summary:
It’s not just tuxedos and prom frocks that can now be rented as the Subscription Economy meets omni-channel retail. 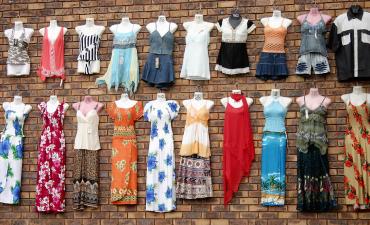 When looking at last weekâ€™s announcement of pilot schemes in selling second hand clothes at Macyâ€™s and JC Penney, I observed that there was a more interesting move by the former in its intention to trial a digitally-enabled fashion rental offering.

Whatever the outcome of those trials, the concept of Clothing-as-a-Service (CaaS)Â is one thatâ€™s being looked at with considerable interest by a number of major brands as a way to disrupt the retail business model and tap into the budgets of fickle consumers.

While weâ€™ve all at one time or another probably rented a tuxedo or an evening gown for a wedding or a prom dance, this latest idea is on a different scale as itâ€™s built around standard inventory, the sort of items that could be found on the racks for purchase.

And the concept is built on digital platforms, such as CaaStle, which promises on its website:

a fully managed service that allows retailers to offer Clothing-as-a-Service (CaaS) to their consumersâ€¦By offering a CaaS model your consumers will have the opportunity to experiment more deeply with your brand not only by owning garments, but by accessing a rotating collection each month.

The business model is one that was pioneered by such asÂ Rent The Runway back in 2009, whose founders Jennifer Hyman and Jennifer Fleiss set out to create â€œa closet in the cloudâ€� for women like themselves. The firm offers two plans – 4 items a month for $89 or an unlimited number of items for $159 per month. Consumers make selections via the company website or mobile app and the firmâ€™s proprietary technology platform handles the payments, logistics etc.

Rent The Runway is an aggregator with products from over 400 fashion brands to choose from. But such is the appeal of this Subscription Economy business model that individual retailers are now making their own moves to offer their own dedicated services.

The latest is Banana Republic, still the sickliest child in the GAP family of brands, which is about to launch Style Passport, a rental service built on CaaStleâ€™s digital platform. Womenâ€™s clothing is first out the gate with an $85 per month plan for three items, inclusive of shipping and dry-cleaning of items on their return. Menswear will follow at an as-yet-unspecified date.

So whatâ€™s in it for the likes of Banana Republic? One thing thatâ€™s hoped for is a better understanding via analytics of what customers are looking for. The Caas model is based around the idea of consumers returning to make fashion selections on a much more regular basis than, for example, once every few months to make a full purchase. Rental data can be captured, tracked and trends identified. For a brand like Banana Republic thatâ€™s been accused of losing touch with its natural consumers tastes, that could be a life-saver. GAP CEO Art Peck explains:

We are looking at it at the moment as a customer acquisition opportunity. Weâ€™re doing some pretty rich thinking, that Iâ€™m pleased with, on how we think about customer acquisition, the role of our stores and how do they satisfy a customer in the store who has a 20-minute experience and what would he be willing to pay for that. It helps us think about the value of our stores beyond simply the pure momentary four-wall contribution, but also things like this service that gives the customer to the ability to participate in the brand with less of a permanent financial commitment potentially.

If successful, itâ€™s a model that could be rolled out on a wider basis, he suggests:

First and foremost, weâ€™re going to look at customer acquisition metrics. Can it grow into being a significant and profitable business? The economics certainly work. It will just be a question really what the uptake is as we get it dialled in. So starting in Banana, given the price points and given the used occasions, does this have some applicability in the other brands? It might.

Thereâ€™s also a sustainability angle in play with such a service encouraging the re-use of items rather than the purchase of a dress or a shirt that gets worn once and then is shoved to the back of the closet. Peck says:

One of the biggest elements of waste in our industry is not the clothing thatâ€™s bought, itâ€™s the clothing that is bought but unwantedâ€¦that end up sad and lonely in the clearance section of the store.

The sustainability aspect is one that should chime with the Millennial and GenZ customer Holy Grails of retail. Pursuit of their disposable incomes is one reason for the likes of Urban Outfitters launching its Nuuly subscription service last month. Again focused initially on women, Nuuly offers customers a choice of six items a month from over 100 clothing providers for $88. The firm argues that this translates to on average over $800 worth of initial retail value per box for a tenth of the purchase price.

David Hayne – Chief Digital Officer and President for Nuuly, says that rental is what consumers want and as such Urban Outfitters needs to move with the times:

Our customers are engaging in the rental activity and we want to be where our customers are. We believe that over the coming four or five years, rental will become much larger business. I think you’re already seeing a bunch of people get into this. And I think as they get into it, it will make it more known to most customers and I think they will engage in it.

Urban Outfitters has invested in data scientists and digital engineers to build its own platform. This was important, argues Haynes:

The reason we built the systems in-house was to have control over the customer experience which with our brands is one of the most important things that we value and also together the customer data that is generatedâ€¦Fortunately, the internally build systems, processes and all warehouse and laundry equipment have worked flawlessly and subscriber feedback has been highly positive about the overall experience. As it grows we’re confident, Nuuly will become a vital part of URBN’s brand portfolio.

Meanwhile American Eagle Outfitters has partnered with CaaStle to create its CaaS offering. Style Drop. This was launched earlier in the year and while Global Brand President Chad Kessler isnâ€™t going into much detail around metrics so far, he does offer some observations on learnings from initial adoption:

Itâ€™s sort of two steps, where you got to get the customer interested and then get them actually payingâ€¦and weâ€™re closely on track with that. But there has been a lot of excitement around that, and I think itâ€™s great to participate in a new type of interacting, selling, engaging with the customers.

Weâ€™re seeing a mix of existing customers and bringing customers in. That will be part of what we analyze as we look at the test, because we want this to be either a way of getting expanded, increased market share from existing customers or bringing new customers into the brand. We need to look at how all of that plays together as we lead the test throughout the year.

These embryonicÂ use cases are prime examples of the extension of the Subscription Economy into the retail sector. The US rental market alone is currently worth around $20 billion per annum with retail analysts doing the usual â€˜think of a numberâ€™ estimates and talking in terms of CAGR of 11% or more.

The model is one that could breathe life back into flagging brands with a clear GenZ appeal. Iâ€™m outside that demographic sadly, but as I look at my own over-full closet, replete with barely worn (and some never worn) items, I can see the appeal of the CaaS idea.

What will be interesting to track will be whether individual retail brands, such as Banana Republic and Urban Outfitters, can replicate the success of aggregator pioneers like Rent The Runway.Â  Itâ€™s certainly a digital economy trend to keep an eye on as the metrics roll-in from the early trials.