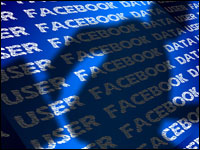 The good news is that of the many troubles Facebook has, privacy seems to be front and center for both CEO Mark Zuckerberg and COO Sheryl Sandberg. The question is, will the actions they take to address the company’s privacy issues be enough? If not, this is the kind of problem that can and will cause long-term damage to the Facebook brand.

Zuckerberg and Sandberg have done a remarkable job building out a successful company. However, now that Facebook’s privacy problems are finally on their radar, they need to come up with an immediate fix.

That is something will be very difficult without jeopardizing the entire company.

If you pull out the wrong block out in a game of Jenga, the whole structure collapses. That’s the risk Facebook faces. It must fix its growing privacy problems without destroying the company in the process.

It’s not easy to restrain and control the social beast Facebook has become. However, fixing its privacy problems is critical. Otherwise, the company will be wide open for government-imposed solutions.

When the government fixes a problem, it’s often like trying to kill a mosquito with a nuclear weapon. There could be quite a bit of extra damage to other companies — and, in fact, the entire industry. Plus, there is no guarantee the original problem would be fixed.

The privacy problem developed because Facebook’s leadership simply didn’t pay enough attention to its snowballing consequences. Now it has grown out of control, and it’s too late to quickly and easily tame the beast.

The key question is clear: Can these problems be fixed without causing significant harm to Facebook itself?

Facebook is built on a business model that naively overlooked the severity of the privacy threats. Now that naivete is jumping up and biting it on the rear end.

In the early days, before advertising led to huge profit potential, Facebook was just a social media platform — a way for users to share with each other. It started on a college campus for students to communicate and then spread over time. It let people who hadn’t seen each other for years, even decades, connect. It was a beautiful thing.

Then Facebook went public and tried to make money with advertising. That marked the beginning of the current crisis. Users’ personal data was captured and used for the site’s advertising business. It was successful, and protests over personal privacy violations were treated dismissively.

Zuckerberg and Sandberg were focused on growing the company, so they ignored the increasing threats and the concerns expressed by their users. Facebook acquired other companies, such as Instagram, and continued to grow. During this growth period, Facebook’s leadership continued to ignore the problems resulting from the company’s success.

Facebook is not just a casual hobby any longer. It has become a public square — and just like every public square, Facebook should be open and fair to everyone.

Just as citizens are granted a voice in other arenas devoted to public discourse, everyone should be allowed to share on Facebook as well. Its approach should be fair and balanced. Leaning one way or the other will lead to the eventual destruction of the company and damage to the industry. Similar things have happened in other industries in recent decades.

Obviously, Facebook should not allow hatred or violence, but it must allow different ideas to be debated. That process contributed to making America the most powerful and successful nation in the world.

Twitter CEO Jack Dorsey also has problems in this regard, but he has acknowledged the problems and made a commitment to fix them.

I don’t believe Facebook can or ever will fully fix its privacy problems, because the use of members’ data has become a part of the company model.

The only way to fix the problem totally would be to shut down the company and start over — that is not going to happen.

So, what is the next best solution? As Facebook continues to evolve, it has a better chance of addressing this growing problem effectively on some of its other platforms — for example, Instagram.

Facebook must stop mining the personal and private information of its users and making it available to advertisers without their explicit consent. Users don’t like it when they post a comment about something, and an ad related to that something pops up a moment later.

This is a serious problem, but Facebook’s future depends on finding solutions. I wish Zuckerberg and Sandberg success in their efforts to fix the issues Facebook faces today in a way that is satisfying to everyone — including Facebook, its advertisers, and its users.