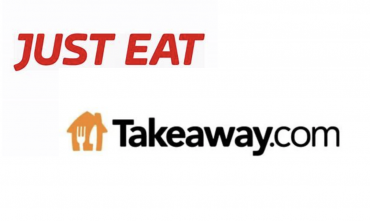 Weâ€™ve written a lot about digital disruption in the food industry with the rise of app-enabled third party delivery services. This week has seen a major market-changer with plans to create a new global digital delivery behemoth from the planned merger of Just Eat and Takeaway.com.

If the deal goes ahead, Just Eat Takeaway.com will, based on current numbers, have a global customer base of 355 million orders per annum.Â That equates toÂ â‚¬7.3 billion last year.

According to the formal announcement:

The Just Eat Board and Takeaway.com management board believe that the combination has compelling strategic logic and represents an attractive opportunity for both companies to build on the strong individual platforms of Just Eat and Takeaway.com.

For Just Eat, the merger is the latest evolution for the firm. While the likes of Deliveroo and Uber Eats were set up as dedicated delivery firms in their own right, Just Eat began life in 2001 as a â€˜discovery appâ€™ which enabled customers to order food from firms that had their own drivers. Since then, the firm has built out its capabilities, including launching its own delivery network, with a heavy emphasis on tech investment.

A prime example is the recent Â£67 million acquisition of London-based Practi, developer of a â€˜holistic retail management systemâ€� which targets businesses that are too small to make a Point of Sale (POS) investment. Practiâ€™s solution to this is an iPad-based system covering inventory, payment processing, employee management, CRM and reporting.

From Just Eatâ€™s point of view, this opens up the chance to expand its network of restaurant partners by being able to approach even the smallest, most local of takeaways and offer them enhanced digital capabilities via the Practi tech. For Just Eat interim CEO Peter Duffy, itâ€™s a prime example of keeping moving in an increasingly competitive landscape in which the likes of Uber and Amazon have declared interest:Â

We really can’t stand still here. So our acquisition of Practi in April is an example of how we’re going to be strengthening this, through a software solution that puts us right at the heart of our restaurant online and offline operations. This in turn is going to drive greater engagement and loyalty between Just Eat and our partners.

Another major tech initiative has involved data aggregation and consolidation into one database covering all countries in which Just Eat operates. With that complete, the next step is underway, says Duffy:

We have now launched our CRM toolkit which essentially sits on top of that, which means we’re now able to deliver personalized messages and campaigns both in and outside the app into multiple markets at a very limited cost. And we’re rolling out the capability for seamless customer journeys, which means that you’re going to be able to target a customer, for example, with a voucher. Theyâ€™re going to be able to click on that voucher, go through in the app to that restaurant, they’re going to fulfill that very simply as one journey all the way through.

Whilst that isn’t radical for a number of industries, that is something that Just Eat wasn’t doing previously. So personalized one-to-one communication has been rolled out across all our markets from the start of May this year and we’re really optimistic about the early results that we’re starting to see.

Another use case from the data aggregation comes in the shape of dynamic pricing. Duffy explains:

Dynamic pricing means that we can change the delivery fee based on what we call live man signal. For example, the volumes of orders made by our customers, the weather, events, delivery distances and so forth.

So we not only optimize the delivery revenue, but we can also begin to optimize overall order volume as well. The platform is being developed so we can offer it to our marketplace restaurants as well as the managed service, which in turn is going to be able to help them optimize their own delivery economics.

Scaling up the â€˜in-houseâ€™ delivery capabilities is another priority, one that will be bolstered by the merger with Takeaway.com, but on which work has progressed as matter of necessity, particularly in the UK. Duffy says:

If we go back to the start of the year, we really needed to build scale around delivery quickly. I think at the end of 2018 we were in too few locations, we had zone densities that were sub-scale. That led to poorer delivery economics, inefficient driver calls and in turn that hurt the customer experience.

So over the last six months we’ve scaled our delivery footprint from 94 to 166 cities, which is now in line with our two main delivery competitors in the UK. This is covering 50% of the addressable population. Importantly, we’ve also grown our own Skip-based delivery service from three cities at the start of the year – Glasgow, Aberdeen and Edinburgh – to 64 cities. And we now have 5200 delivery restaurants on the platform, which we’re aiming to grow to over 8000 by the end of the year.

We’ve doubled the number of KFC, Subway, Burger King restaurants on the platform since the start of 2019. So as a marketplace this now takes us to over 34,000 restaurants, which in total is just way ahead of any other competitor.

While getting the UK up to speed has been essential, the most competitive global market for Just Eat at present is Canada. Here too there has been progress, says Duffy:

We’ve grown our restaurant stake to over 20,500 restaurants, completed the rollout to all the geographies that we intend to cover and we’re now serving 95% of the addressable population. We have 29 of the top 30 major chains, of which 16 are exclusively available on Skip [Just Eat’s delivery platform].Â

Unlike in other markets, we’re able to simply integrate restaurants’ EPOS environments by using our newly acquired Flyt platform which, for example, has enabled us to roll out to almost 800 McDonald’s restaurants nationwide in the last few months.

Meanwhile in Australia, Just Eat covers 70% of the addressable population via its 13,000 signed-up restaurants. That number is expanding:

We’ve added 3000 delivery restaurants in the half, taking the delivery stake to 5,700 restaurants and we now provide delivery to seven out of the nine largest domestic brands, including Hungry Jack’s who we have exclusively and of course, KFC. And we’ve just added Guzman y Gomez and Nando’s which are in the process of rolling out.

What unites all the global operations is a strong customer experience. The goal here is to pursue personalization, says Duffy:

Not very long ago everybody had the same experience, which was based on your postcode. Now personalized offers and restaurant recommendations are based on individual customers’ behaviors and we’re rolling out a more visual approach for far better food imagery to help us provide an even better user experience. Customers can now search for their favorites by dish, follow the courier’s ETA on a live map. These features while simple and intuitive, they’re essentially really providing a seamless customer journey.

The planned merger is a compelling proposition. Just Eat and takeaway.com have dominant footprints in countries around the globe, but only overlap in Switzerland. This is a complementary merger and one that sets up the combined entity to hold off challenges from Amazon – whose planned investment in Deliveroo is subject to regulatory scrutiny – and Uber in an increasingly competitive digitally-disrupted sector.