Can 're-commerce' stitch up a retail revival? Macy's and JC Penney fashion some second-hand omni-channel thinking 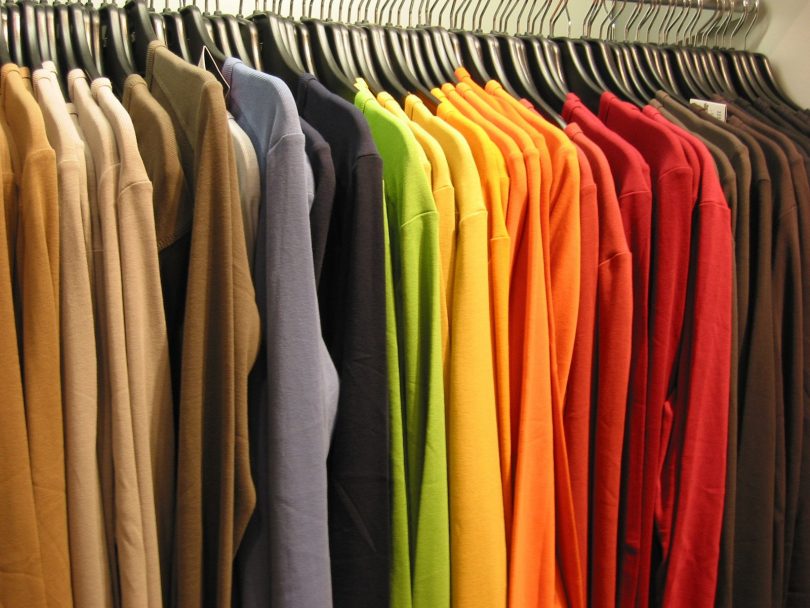 Summary:
Innovation or desperation? Depends how you feel about shopping for second-hand clothes in department stores. 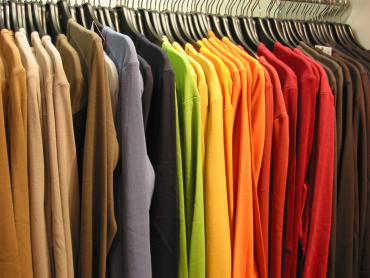 In the search for new retail models to bail out the (mis)fortunes of ailing retailers, could re-commerce rather than e-commerce be the answer? Thatâ€™s the latest bet being placed by two of the USâ€™s most beleagured retail brands, JC Penney and Macyâ€™s.

Both firms are companies whose efforts at omni-channel transformation have been closely tracked at diginomica and whose progress has been frustratingly elusive, despite the occasional claim to a Miracle on 34th Street.

The two have just turned in another set of fairly dismal quarterly results.Â  Macyâ€™s saw sales drop from $5.572 billion to $5.546 billion, with profits of $86 million being down 48% year-on-year. Meanwhile same-store sales grew by a pitiful 0.2%. JC Penney did slightly better by halving its netÂ loss to $48 million, but revenue fell year-on-year from $2.8 billion to $2.62 billion, while same store sales were down 9%.

Both firms continue to see reason for optimism about the ongoing â€˜imminentâ€™ turnaround thatâ€™s just around the corner, although with the prospect of US tariffs kicking in to bump up prices for the American consumer, itâ€™s an optimism that Wall Street is finding harder and harder to support.

Of course itâ€™s not quite as simplistic as setting themselves up as competitors to thrift stores and charity shops. The two retailers have each signed up to work with thredUP, an online marketplace for re-sale fashion.

What is thredUP? Itâ€™s a firm that was founded a decade ago when its CEO James Reinhard realised he had too many clothes in his closet that he wasnâ€™t wearing. (I feel his pain!). So he set up thredUP as an online platform to reduce his inventory of shirts. Since then the firm has expanded its operational footprint and now re-sells fashion items across the board, including accessories such as handbags.

Where the tie-ups with JC Penney and Macyâ€™s interesting is that itâ€™s another example of an originally online retail pureplay looking to establish an offline presence, in this case via in-store pop ups.

JC Penney will trial this in 30 stores to begin with, focusing on womenâ€™s fashion items which will be curated and stock refreshed on a weekly basis in order to encourage repeat footfall from consumers. Macyâ€™s meanwhile will be piloting its own tie-up in 40 of its stores.

The CEOs of both firms see the re-sale market as one that provides opportunity to get thrift-conscious and sustainability-concerned consumers into their stores, with the obvious potential then for cross-sell into full-priced brands.

According to Jill Saltau, JC Penneyâ€™s latest turnaround CEO, the company has made this move in order to meet shifting consumer demand:

My entire career has been in retail with a keen focus on the customer. I know the importance of building a relationship with the customer that is foundational in demonstrating that we understand them, value them, and make their life easyâ€¦Today’s customers engage in a way we’ve never seen before. Their expectations are higher than ever and we must rebuild our business around meeting their expectations. Every functional area of this company is committed to focusing on the customer first. We know that to renew the JC Penney brand we must reconnect with our customers and build experiences to support their lifestyle. Consumers today are not influenced by what they hear individually from any brand. They are influenced by everything that absorb in their life.

The JC Penney response to this, she says, has to be built around creating â€œa deeper, emotional relationshipâ€� and through responding to â€œwhat they want from us, what they need from us, and as just as importantly, what they are giving us permission to beâ€�.

And that, for now at least, is to be a vehicle for picking-up some quality second-hand brands at re-sale prices. Saltau argues:

With the exponential growth in re-sale there is no doubt that demand for affordable luxury is at an all time high. There is an emotional thrill that comes with finding a high quality second-hand product for much less. While there are more second-hand shoppers than ever before, we will continue to test and evaluate how this resonates with our customers.

We’re excited about the prospect of creating a new in-store experience that makes high-end brands attainable as well as catering to eco-minded consumers who want more sustainable options in their wardrobeâ€¦.JC Penney shoppers will discover quality brand names and designer merchandise at compelling price points.

Itâ€™s a similar thesis at Macyâ€™s but with CEO Jeff Gennette targeting some specific consumer demographics:

We are testing opportunities in both e-commerce and rental to tap into the changing customer behavior, especially among Millennial and Gen Z consumersâ€¦We know many consumers are passionate about sustainable fashion and shopping resale. This partnership gives us the opportunity to reach a new customer and keep them coming back to shop an ever-changing selection of styles and brands that we donâ€™t typically carry.

We have a very developed core customer who loves our brand and basically we just got stickier with her decisions about shopping with us with our loyalty program. We have got a customer base in what I would call bucket two, which is an occasional customer that we are trying to get them to migrate up in our spend and then we have got an entire acquisition strategyâ€¦.There are many customers that love from a sustainability perspective, as well as just having new content at great prices, they love what the real world is doing or in the case of our customer, what Thredup has been doing for some time.

So ifÂ Macyâ€™s is looking for ways to reach its chosen demographics and thredUPÂ is looking for a bricks-and-mortar presence, the opportunity for mutual benefit is theoretically there. Equally of course the opportunity is there for brand conflict as the best-selling fashion items via Thredup are surely likely to be found at full price on the shelves of Macyâ€™s elsewhere?

The products that are selling best are those that we donâ€™t carryâ€¦itâ€™s just giving these customers additional brands that we donâ€™t carry at great pricesâ€¦.When you look at Thredup, we obviously gave them a list of vendors that we donâ€™t need products from because we have either got themâ€¦as part of our regular portfolio. So really we are merchandising into where we see holes in our inventory with this e-commerce play and this idea that it was pre-owned is very attractive to many customers, not just because of the price, but also because of the sustainability, so thatâ€™s how we approach that.

But is this really a growth proposition that can make any meaningful difference to the bottom line of either Macyâ€™s or JC Penney? Both CEOs go out of their way to emphasis the limited floor space that will be allocated to the Thredup presence – weâ€™re talking 500-1000 square foot or thereabouts. That in turn implies that the revenues will be equally contained.

An alternative reading though is that this is a savvy downpayment on a market sector that could be explosively lucrative over time. thredUP itself produces an annual study of the re-sale market, aided by respected retail analytics firm GlobalData. The 2019 Resale Report makes some bold claims that would clearly catch the eye of any â€˜under siegeâ€™ retail CEO, such as:

On a wider scale, thatâ€™s a sentiment that can be applied to most of the retail sector. Any regular reader of diginomica will be only too aware of the struggle around omni-channel re-invention for â€˜legacyâ€™ brands and thatâ€™s going to continue to be true for many years to come.

The challenge is that this is an evolving game. The â€˜loving the storeâ€™ side of the omni-channel equation is a reality that has sunk in alongside the real-estate rationalization programs. Everyone has an app now, albeit with varying degrees of transactional capabilities and functionality. And more and more firms are focusing on the importance of delivery tied to digital enablement.

And still the red ink flows over the balance sheets and the night terrors about Amazon keep retail CEOs awake at night. Whatâ€™s needed are some radical transformational business models, some out-of-the-box thinking. Is that what this focus on re-sale is? I rather doubt it. Itâ€™s an interesting add-on and itâ€™s got potential for cross-sell if executed correctly. But itâ€™s not a silver bullet.

How bold retailers are in their thinking is a defining characteristic of their strategic direction and prospects. Is that thinking built around innovation or desperation – or a heady mixture of both?

JC Penneyâ€™s Saltau trots out the example of The Styling Room as an example of her firmâ€™s approach to innovation, basically a supposedly hi-tech dressing room with a personal styling service. Last time I looked, we used to call that a Personal Shopper and it was far from revolutionary.

At Macyâ€™s thereâ€™s a more imaginative, if tentative, exploration of how the rise of the Subscription Economy can impact on fashion retail with the launch at the firmâ€™s Bloomingdaleâ€™s brand of MyList, a subscription rental service. According to Gennette, the results of this pilot will shape the potential development of a wider Subscription Fashion offering across the wider Macyâ€™s portfolio .

That idea seems to me more of a potential differentiator than selling second-hand clothes in-store.

As a final thought, Iâ€™m also instinctively father of the view that the best place for unwanted fashion items is in the local charity shop of your choice, where that Burberry jacket from the back of the closet or that barely-worn little black dress can put to the service of a good cause.