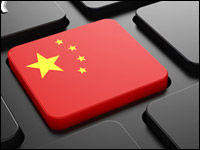 While trade disputes between countries are nothing new and seldom are remembered, the ongoing one between China and the United States may change the course of the electronics industry going forward.

In the beginning of the dispute proposed tariffs excluded electronics for the most part. The U.S. even modified some initial proposals to avoid impacting Apple and other U.S. tech companies. Now tech companies are being pulled into the dispute as political pawns. Recent threats on materials used in the manufacturing of electronics, such as rare earth elements, threaten the entire high-tech ecosystem.

Even if the dispute ended today, the impact on the industry would linger. Having altered the dynamics of the industry, its effects will be felt for a long time.

The Basis for the Dispute

The trade dispute revolves around many issues, including the imbalance of trade, market access, and protection of intellectual property. Most of semiconductor and electronic manufacturing and assembly takes place in Asia, fueling a trade imbalance. Also, the current administration wants to bring some manufacturing back to the U.S.

The U.S. remains a leader in the development of technical and other intellectual property. The only way to ensure the competitiveness of the U.S. is to promote and invest in the development and protection of intellectual property. This includes investments in education, a business environment that promotes startups, and a strong patent system that rewards investment in innovation.

With regard to manufacturing and assembly, the U.S. is and will be competitive only in areas that require high capital investment and automation, such as the fabrication of semiconductors. The high cost of labor has priced the U.S. out of the market for all labor-intensive applications like electronics assembly.

Given the greater value of intellectual property and capital-intensive manufacturing over low-skilled labor, the U.S. would be better positioned competitively to target the high-skilled applications and concede that the low-skilled jobs likely will never return.

Market access is a critical issue. Foreign companies are required to form joint ventures with Chinese entities to do business in China, and the oversight of that business by the central government sometimes can be extensive. This limits access to the Chinese market by foreign companies, and it often has led to the theft of intellectual property.

All of those tactics recently were used against Huawei, the largest Chinese high-tech company and the global leader in telecommunications infrastructure equipment, not to mention the second-largest smartphone vendor.

However, some Chinese groups have found a loophole by starting companies in the U.S. This allows the company to be viewed as a U.S. company even when most of the funding and engineering is Chinese.

However, over the past decade China has gained access to all the major processing architectures (ARM, MIPS, POWER and x86) and other semiconductor technology, developed a world-class education system that produces the highest number of science and engineering majors, and fostered a competitive high-tech ecosystem.

One of the benefits of China’s high-tech development has been a heightened awareness and interest in protecting intellectual property. It also has led to a growing Chinese middle class. However, intellectual property theft still occurs in every country, between companies, and even between countries. Neither China nor the U.S. is an exception.

Some of the protectionism on both sides is cited as a response to national defense. The U.S. blocked the acquisition of Qualcomm by Broadcom on those grounds. At the same time, the U.S. has accused Huawei of working with the Chinese military.

The dispute already has had a negative impact on growth in both the high-tech segment and the global economy. The U.S. government has blocked Huawei and other Chinese firms from doing business freely in the U.S — and other countries through its allies — at a time when a new communications standard, 5G is being rolled out.

Similarly, the Chinese government has barred some U.S. companies, like Google, and has encouraged Chinese firms to seek technology from outside the U.S., while igniting the fire to further develop its own complete high-tech value chain to eliminate reliance on foreign countries or technology companies.

Additionally, both sides have blocked acquisitions that have forced many companies to delay or even scrap strategic plans. Because most high-tech companies do business globally, acquisitions may be reviewed by regulators around the world. As a result, a country where either company does business may stall or block an acquisition even if neither party is headquartered within its borders.

China essentially blocked the acquisition of NXP, an EU company, by Qualcomm, a U.S. company. This has reduced both the size and number of acquisitions in the high-tech industry that may have resulted in further efficiencies and innovations.

Unfortunately, even when the dispute is resolved, the impact will persist. U.S. and other Western companies eventually may be shut out of the Chinese market and other markets where China has a strong influence. The same may be true for Chinese companies seeking to do business in the U.S. and its allies.

In addition, the dispute may forever reduce the collaboration between Chinese and U.S. companies to further the development of technology and standards that would benefit the global economy and consumers around the world.

The Status of the Dispute

In mid-May, it looked as though discussions between China and the U.S. were going well, causing many in the financial community to invest based on a potential resolution. Things soured fast, however, with the U.S. taking stronger actions against Huawei and some of its executives, and threatening more tariffs.

China has threatened further tariffs on rare earth materials, which could have even greater consequences for the high-tech industry. Rare earth materials are used in the development of many electric components ranging from batteries to semiconductors.

As we have seen in the past, a shortage in just one critical material or component can severely limit products in certain sectors of the industry while driving up prices. This recent escalation could have severe consequences in a short period of time, hampering industry and economic growth and raising tariffs even further.

While further escalation is a possibility, the one factor that is likely to intervene is politics itself. With slower growth, both governments face greater scrutiny. With an election year on the horizon in the U.S., the lack of a resolution and slower growth could result in political upheaval.

Even if a resolution is reached immediately, it may take several months or quarters for a positive economic impact to materialize. As a result, anything beyond the end of summer threatens to impact the global economy and the U.S. elections in 2020. Thus it is likely that there will be a push to seek a resolution over the next few months despite the recent foray.

The Architecture of a Resolution

The challenge is understanding what an acceptable resolution would be. Politically, both sides need to demonstrate a victory. That likely would mean, among other things, an increase in some form of trade between the two countries (or a least a balance of trade), more open access to markets without government intervention, and promises of protection of intellectual property.

In most cases, this means the governments doing less and allowing market forces to work, something to which government officials are not accustomed. However, this is required to achieve the desired outcome.

While some of these issues of the dispute have merit, others are best decided by market forces. In the long run, the high-tech industry and the global economy are much better off with market forces determining the outcome rather than political negotiations.

Jim McGregor has been an ECT News Network columnist since 2017. He is the founder and principal analyst at Tirias Research with more than 30 years of high-tech industry experience. His expertise spans a broad range of product development and corporate strategy functions, such as semiconductor manufacturing, systems engineering, product marketing, marketing communications, brand management, strategic planning, mergers and acquisitions, and sales. McGregor worked for Intel, Motorola, ON Semiconductor, STMicroelectronics and General Dynamics Space Systems prior to becoming an industry analyst and In-Stat’s chief technology strategist. Email Jim.