What’s the big deal, I thought? Last week Salesforce announced it was paying in the range of US$1.35 billion for ClickSoft, a private field service automation and workforce management company.

At first, I attributed it to a slow summer news cycle that was driving attention to the deal at a time when many people in the industry are off trout fishing near the Continental Divide or elsewhere. I was in the Hudson River Valley exploring history so that colored my thinking.

Face it, ClickSoft at $1.35 large is about 10 percent of the Tableau data visualization buy a few months ago. I didn’t think it was that big a deal. Also, ClickSoft and Salesforce have been partnering in field service since 2016, so the acquisition signals something much more evolutionary than revolutionary. Then it dawned on me: That’s the point.

Ask this: When in the lifecycle of a disruptive innovation are customers likely to need services of all types — including field service, but also customer service and support? The need diminishes over time as a disruption is increasingly well understood and customers can figure things out for themselves. To crystallize this, no one calls frustrated to not be able to locate the “any key” on their keyboards any more.

End of an Era

We’ve moved on, and product prices and service modes have commoditized in tandem. You can’t lower prices along the commoditization curve if you can’t control costs, and one of the biggest costs is labor. So today, products increasingly are well designed and made precisely to ward off every possible need for a service call, and what isn’t obviated is automated with bots and intelligent systems.

Field service is just customer service for business-to-business-complex-systems, and that has taken some refactoring as well, most exemplified by mobile systems that use virtual reality to show technicians where to look and what to do on a service call.

Salesforce has had this kind of capability for some time now, thanks to the aforementioned relationship with ClickSoft and other bought and built field service software. So why buy the company now?

Simply put, I think the buy was a defensive move that prevents any other company from buying ClickSoft and preventing Salesforce from fielding an increasingly important facility.

Go back to who uses services and when in the lifecycle of a disruptive innovation you’re likely to see service bloom, and you might get an inkling that Salesforce is reading the graffiti and making the following determination.

We’re nearing the end of the 5th industrial revolution, what I call “The Age of Information and Telecommunications.” This is not to say that any of that technology is going away — just that it is commoditizing to the point that it becomes part of the economy and not the driving force. Previous eras, which I documented in a recent book, included textiles, steam power and steel-making, petrochemicals, radio and cars.

The list is long, and in every case the prior disruptive innovations clustered (e.g. steam, steel, railroads, coal mining were reinforcing) and drove the economy for as much as 60 years. Eventually commoditization took hold, and those things all became parts of the economy, though no longer the driving force.

Perhaps the most perceptive photo accompanying a story on the acquisition was displayed on digitalcommerce360. It shows a technician with a mobile phone and a laptop servicing what look like solar panels. If ever there was an industry that’s taking off it’s the nexus around sustainable energy.

Coincidental proof: The top two fastest-growing occupations, according to the U.S. Bureau of Labor Statistics, are solar photovoltaic installers and wind turbine service technicians. Now, installers are not service technicians, but I think the analogy holds because part of installation is making the stuff work.

What does the Salesforce acquisition of ClickSoft say about Salesforce? Well, Marc Benioff has been talking about a 4th Industrial Revolution for some time now — something I believe he picked up at Davos.

Some people refer to “Industrial Revolutions,” but I go with “Ages” because they’re more descriptive. The point to me is that so much of CRM was developed to help tech companies lift their customers over a big disruption caused by technology. Today the disruption is adjacent, and it is sparking another Age or Industrial Revolution.

Salesforce saw this a while ago, though I doubt it understood that sustainability would be the thing that received the torch in an unending relay race. So buying ClickSoft in such an environment makes all the sense in the world, no matter who is on vacation. 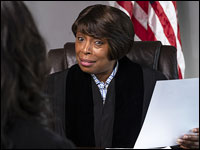 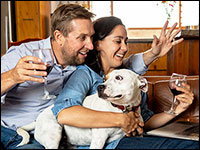 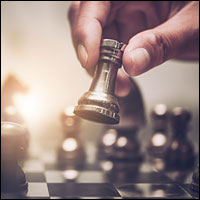