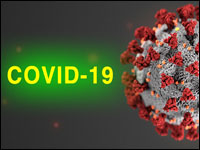 One of my great CRM research interests has been investigating how things change, and that interest is not limited to CRM. There is similar evolution in fields that seem only remotely related — like climate change, which I’ve written about extensively.

Generally, the change I find most interesting involves how disparate inventions seem to cluster with the help of innovators until the inventors reach critical masses of innovations that produce meaningful change in society. Often those critical masses seem to arrive just in time. In reality, the individual components might percolate in a society for years or even decades before coming together to produce what we now call a “disruptive innovation.”

Quick sidebar. We think of James Watt as the inventor of the modern steam engine, among many other things, but when he was tinkering and trying to develop his brainchild, he came up against a seemingly unbreachable obstacle.

He needed to build cylinders and pistons to what then were considered high tolerances so they would fit together like a hand in glove. Looser-fitting components that weren’t perfectly round let valuable steam and energy escape without doing useful work, something you couldn’t tolerate when building a steam engine. Manually making pistons and cylinders was expensive and time-consuming.

Watt was stuck until he met John Wilkinson, who had been working on the related problem of making cannon. Cannon and cannon balls need the same precision fit if a projectile is going to be propelled far enough to make a difference in battle. Wilkinson solved his problem by inventing a precision boring machine for cannon, and others followed suit with more spherical cannon balls.

Wilkinson’s boring machine worked equally well for making steam engine cylinders. After the two men met in 1774, the rest, as they say, became history. Watt’s steam engine proved to be a big hit and gave important motive force to the Industrial Revolution.

Fast-forward to CRM. Our industry and its evolving technology have been around in one form or another for about 25 years. It’s worth remembering the first systems were client-server oriented, and that CRM has been a hotbed of innovation throughout this century. It invented or popularized such inventions as Software as a Service, mobility solutions, social networking-infused systems, and analytics-driven applications.

So, all of this has been percolating in our society for decades, but now enter the novel coronavirus. People are sick, some dying, many champing at the bit to get back to work. There’s no cure, no vaccine, no therapeutics. Our healthcare system is so far bending but not breaking — but it needs a break, as do the people who staff it.

Any solution, even a temporary one, must have the effect of breaking the transmission chain and reducing the number of people an infected person might pass the virus on to, thus breaking the chain. That’s what therapeutics or vaccines would do. In their absence, that’s what officials expect contact tracing to do.

Contact tracing is a big job, like trying to drain an ocean with a teaspoon. It involves finding people who have been exposed to the virus and testing them to determine if they are infected or are carriers. If they are, public health officials can provide treatments and insist on quarantines to prevent the virus’ spread. It’s a perfect fit for CRM. Perhaps it’s not quite as good as introducing a boring machine to cylinder production, but close.

As luck and necessity would have it, that’s one thing that Salesforce is doing to help stem the pandemic. It’s doing many other things — like donating money and providing analytics to help people understand infection rates and such.

However, in contact tracing, the company’s core CRM technology is coming to the forefront. It has most of the big modules you might need to build a tracing app, a development facility for making customizations, and analytics to help identify patterns in the data.

Other companies are doing important good works too, and I don’t mean to suggest that Salesforce is alone in the effort.

Some interesting news about contact tracing efforts springing up:

I have not made an exhaustive study, but having contact tracing will be as important as having adequate supplies of virus and antibody tests available in the next few weeks. In fact, they are inseparable.

What does all this mean? Several things: First, you really don’t know where the next good idea is going to come from in business or in healthcare, so it’s important to keep an open mind and explore. Remember James Watt.

Next, I think CRM is taking on a “next big thing” aspect that we last saw succeed when social media hit the mainstream. Of course, not all next big things actually pan out. Just consider cryptocurrency, whose biggest contribution so far has been blockchain, but it’s still premature to say more.

What else might CRM techniques and technologies do for society?

Last, look at how interdisciplinary we’re becoming. Watt and Wilkinson provided a great early example — but even more so today, we need people who can see across silos to combine and unite disparate knowledge and technologies in areas as diverse as computer science and medicine.

This last point should not be overlooked, because it suggests that an era of moving fast and breaking things is being replaced by one that highly values significant degrees of specialization by people who can communicate and understand another viewpoint.

It stands in stark contrast to some of what makes headlines today. If you’re wondering about the “next normal,” consider all that.