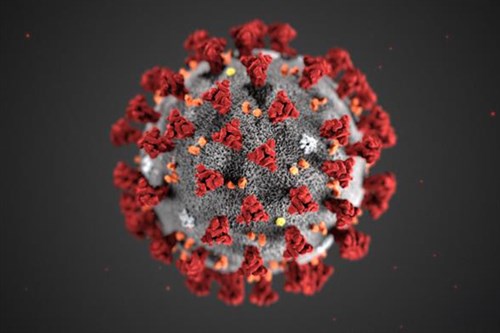 Summary:
Apple has pulled guidance and Alibaba is bracing itself for problems. How much economic damage will the Coronavirus cause before the crisis is contained? 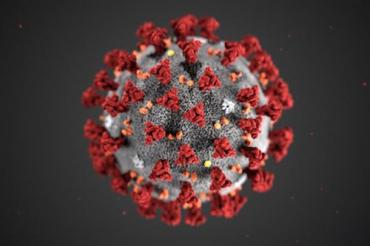 Appleâ€™s withdrawal of its guidance for the next quarter yesterday due to uncertainties caused by the Coronavirus wonâ€™t be the last we hear such a story. The question for now is how badly certain tech and digital players, both in China and abroad, will be impacted rather than whether they will.Â

Work at key Chinese suppliers to Apple has resumed at a much slower pace than usual after the traditionalÂ Lunar New Year shutdown. As such iPhone supplies are â€œtemporarily constrainedâ€� which will have a knock-on detrimental effect on global sales. In its update announcement, the firm says:

While our iPhone manufacturing partner sites are located outside the Hubei province â€” and while all of these facilities have reopened â€” they are ramping up more slowly than we had anticipated. The health and well-being of every person who helps make these products possible is our paramount priority, and we are working in close consultation with our suppliers and public health experts as this ramp continues. These iPhone supply shortages will temporarily affect revenues worldwide.

But itâ€™s not just US firms dependent on Chinese hardware and chip production that are suffering. Online retail giant Alibaba – which accounts for two-thirds of everything bought and sold online in China – has also warned that the outbreak is going to have a devastating effect. CEO Daniel Zhang warns:

Like all the other companies in China, we are confronted with a Black Swan event soon after the start of 2020,Â  the Coronavirus. The outbreak is having significant impact on China’s economy and may potentially affect the global economy.

On the one hand, it might be expected that fears of physical transmission might encourage more use of online platforms like Aiibaba.Â But if thereâ€™s not inventory coming into the suppliers who are selling there, then that â€˜opportunityâ€™ is undermined. Alibaba is a case in point as Zhang explains:

For our e-commerce business, the delay in employees returning to work following the Spring Festival holiday is preventing merchants and logistics companies from resuming operations. For the first two weeks after the Chinese New Year holiday, we observed negative impact on our commerce business, as merchant operations have not returned to normal and a significant number of packages were not able to be delivered on time.Â

In our New Retail business, Freshippo and Taoxianda’s average basket size increased significantly as a result of consumer migration to online purchasing of fresh food, groceries and a broader selection of daily necessities. However, limitations in delivery capacity is preventing order volume from fully recovering.Â For the local consumer services, restaurant visits and the food delivery orders declined noticeably year-over-year, because many restaurants have not resumed normal operationsâ€¦.Our travel booking service Fliggy, received material levels of cancellations for air tickets, hotel reservations and tour packages.

Is there an upside to all this? An extraordinary op ed from Lu Chuanying of the Shanghai Institute for International Studies, a Chinese government-affiliated think tank, suggests there is:

Just as the 2002-03 severe acute Respiratory Syndrome eventually resulted in the development of e-commerce in China and led to the rise of a number of online shopping icons such as JD.com, there is every reason to believe that Covid-19 could unwittingly prove to be an important juncture when new corporate giants came into being, riding societyâ€™s sudden, unforeseen demand for emerging technologies.

As the number of infections spreads,Â that mightÂ sound like wishful thinking – or blatant propaganda, depending on your levels of cynicism – but there does seem to be some credibility here. For his part, Alibabaâ€™s Zhang talks about â€œopportunities created by the forces of changeâ€�, also citing the outbreak of SARS as a case in point:

Seventeen years ago, the e-commerce business experienced tremendous growth after SARS. We believe that adversity will be followed by change in behavior among consumers and enterprises and bring ensuing opportunities. We have observed more and more consumers getting comfortable with taking care of their daily living needs and working requirements through digital means. We are confident in the ongoing digitization of China’s economy and society and are ready to see the opportunity to build the foundation for the long-term growth of Alibaba’s digital economy.

Many, many consumers [have changed] their way of living and for many offices, many workers, they change the way of how to work. So people now work remotely from home. People buy foods, buy fresh products, buy groceries, buy necessities from home. I think this is a very big challenge. The crisis is a very, very big challenge to society, but also gives people a chance to try a new way of living and new way of work. So I think after all is done, I would expect that this is an inevitable trend,Â  that more and more business and more and more customers will have a digital life or digital working style. So this obviously willÂ  in the long-term be good for the digital pace of the whole society.

The obvious problem here is that theÂ optimism expressed by Zhang about a possibleÂ long term â€˜silver liningâ€™ does of course depend on how long the crisis continues – and how many people die in the meantime. Thereâ€™s already inevitable conspiracy scuttlebutt online that the Chinese authorities have not revealed the true extent of the problem. If it does prove to be relatively short lived, as SARS was, then perhaps the â€˜some good will come of thisâ€™ thesis will come to pass for the Chinese digital economy. But thatâ€™s a question to which the answer will only become apparent over time.

For US firms and other non-Chinese investors, the question now is whether to â€˜keep calm and (try to) carry onâ€™ or to try to find alternative sources of supply. The current administration in Washington has been encouraging US firms – including Apple – to bring manufacturing home and that message will undoubtedly be magnified as a result of the current situation. As the political cliche goes, never waste a good crisis.

The current and future short/long term supply chain problems come on top of the Trump White Houseâ€™s appetite for bellicose trade war posturing that has seen a number of omni-channel retailers working on overhauling their logistics strategies. For example, at Lands End, where the first signs of life have just appeared after years of decline, thereâ€™s already a conscious move to reduce exposure to China, as CFO Jim Gooch explained in December:

Next year we are going to continue to look to move volume out ofÂ China. As we’ve said a couple of times now, we’re looking at that number being close to 20% of our total shipments next year, which is down significantly from where we were this year and certainly where we’ve been in prior years.

The impact of Coronavirus across the entire US retail sector is a still-emerging story that can only become clearer over the coming weeks, but imports from China are dropping off sharply, according to the latest Global Port Tracker report released last week by the National Retail Federation (NRF) and Hackett Associates. NRF Vice President for Supply Chain and Customs Policy Jonathan Gold warned:

February is historically a slow month for imports because of Lunar New Year and the lull between retailersâ€™ holiday season and summer, but this is an unusual situation. Many Chinese factories have already stayed closed longer than usual, and we donâ€™t know how soon they will reopen. US retailers were already beginning to shift some sourcing to other countries because of the trade war, but if shutdowns continue, we could see an impact on supply chains.

There will be more Apple-style warnings to come. Retail giant Walmart reports its quarterly numbers tonight with a lot of attention set to be paid to both the impact on the supply chain of the outbreak, but also on the performance of its e-commerce business in China. That had enjoyed a 100% year-on-year growth rate at a time when the domestic US e-commerce business was coming under fire.

In the meantime, itâ€™s worth noting the efforts made by the likes of Apple and Alibaba and others to protect their employees and to assist the health authorities on the frontline to combat Coronavirus and contain the crisis.