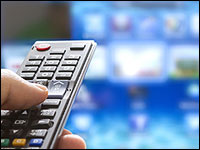 Though it no longer grabs many headlines, video piracy remains a major issue for
pay-TV services, according to data released last month by consumer research firm Parks
Associates.

If just 10 percent of pay-TV subscribers should discontinue paying for services by
2023, the loss in revenue to operators could approach US$6 billion, according to the
firm’s report, “Video Piracy: Ecosystem, Risks, and Impact.”

Account-sharing is a significant part of the problem, even if many
consumers don’t see it as a form of video piracy.

Upwards of 5 percent of viewers used someone else’s credentials to
access a pay-TV service, and 6 percent did so to access an online
video service, based on Parks’ survey of U.S. broadband households.

In the United States, some 12.5 million pay-TV households accessed
pirated video in 2019. That is actually a low number compared to Asia and Pacific,
where there are far more users but where the
average revenue per user (ARPU) is smaller.

As a result, video providers are monitoring this type of piracy and working to address it.

Return of the Ads

One answer to video piracy — particularly for streaming providers —
might be a dynamic shift in the business model, namely to ad-supported services.

Twenty-five percent of U.S. broadband households watched
video on a free, ad-based over-the-top (OTT) service during the 30 days prior to being polled,
Parks reported in “360 View: Video Services & Connected Consumers.”

No single service dominated the market, but Parks
found that 7 percent of U.S. broadband households used The
Roku Channel, 6 percent watched Pluto TV, and 6 percent watched
Crackle. None of these services offers the same level of premium content
as Amazon or Netflix, but their programming is comparable to
that of basic cable channels such as AMC or FX, which also are ad-supported.

A good example of what may come could be Hulu. The service now is fully
controlled and majority-owned by Walt Disney Direct-to-Consumer &
International, a business segment of The Walt Disney Company, with
Comcast-owned NBCUnivesal as an equity stakeholder.

When it
launched in 2007 Hulu was available as a free service that was
ad-supported, but in 2009 it shifted to a subscription service, at the
time dubbed “Hulu Plus.”

The Hulu Plus brand disappeared in 2015, and Hulu became a
subscription-only service. Starting in 2019, Hulu offered a basic
ad-supported plan for $5.99 a month and a No Ads plan for $11.99 per month.

Even with its ad-supported plan, Hulu faces issues with account-sharing.
Given the high cost of creating original programming, the OTT players will need to do
something to address the lost revenue resulting from all forms of piracy.

“Piracy and account-sharing have been eating away at OTT services and
I don’t see any slowdown going forward,” warned industry analyst Jeff
Kagan.

“The industry is looking for alternatives that would be welcomed by
users, and one of those alternatives is a choice of advertising versions and paid
non-ad versions,” he told the E-Commerce Times.

For advertisers this could be welcome news. The
arrival of the DVR some 20 years ago brought not only time-shifting — allowing viewers
to watch programming at their convenience, but also the ability to pause live TV.
The DVR has made ad-jumping very easy.

However, “streaming services can make it hard for users to avoid the ads,” noted Kagan.

Another significant change could be in how streaming is tied to users. The various services
set limitations on the number of devices that can be used simultaneously,
but tighter restrictions could diminish the number of users who share a single account.

“The basic question about account-sharing is whether an OTT platform
thinks it’s selling a subscription to a stream, or a license to use
the stream to a particular person — or household,” said Steve
Blum, principal analyst at Tellus Venture Associates.

“If it’s about the stream, then there’s a technical solution: Only
allow one stream to be used by a particular account at any one time —
or however many streams that the platform chooses to sell,” he told the E-Commerce Times.

“If it’s a personal license, then it gets trickier, but this is not a
new problem,” added Blum.

This form of sharing really isn’t much different from making
cassette copies of music recordings decades ago, or sharing PC
video games when it was impossible for the computer to know if a copy
was installed on another device.

“Software developers have been trying to restrict copying and reuse
since the days of Fortran,” noted Blum.

Streaming platforms have an advantage, in that these have a
real time, two-way connection with the subscriber, or whoever is
accessing a stream at any given time. This allows them to limit the number
of people accessing the account simultaneously, to a point.

“That gives them the ability to implement conditional access
solutions, similar to what DirecTV or DISH use, but probably more
effective and less costly,” Blum said.

That approach might limit use, but it would be “more trouble than what they’re doing now,” he added.

It would be more costly, and it would decrease convenience for legitimate viewers, potentially
having a negative impact on operations, the selling proposition, and subscriber retention, warned Blum.

Then there is the fact that the services already face a churn problem — viewers canceling when they
find nothing worth watching and moving to a rival service. If one service is too controlling or restrictive,
it can turn off viewers, especially since there is so much content available on the various services,
and a limited number of
hours in the day to watch it.

The key may be to ensure the value proposition to the consumers.

“NBCUniversal’s upcoming Peacock streaming service checks both boxes
for consumers by providing both ad-supported and paid programming
tiers,” he told the E-CommerceTimes.

“Consumers are willing to pay for — and pirates are more likely to
steal — content they perceive to be of a higher value,” added Riney.
“Consumers supplement their video entertainment with ad-supported
content, while pirates use free content to bulk up their illegal
offerings.”

There is a case to be made that consumers would be willing to accept
some restrictions — such as limited login options or ads — as
long as they perceived value in the service.

“Much of Peacock’s library will be available within the ad-supported
tier, while its original and more premium content will be behind a
paywall,” said Riney.

This is a time of transition — not just for OTT services
but for the entire TV landscape. OTT is the latest disruption, and it
could take a while to address all the ongoing issues, including what
consumers will pay for and how to address piracy.

“We went through this same transition in the satellite industry in the
1980s and came out just fine,” noted Blum.

Tiered options could create alternative revenue. One tier could
include minimal ads — or some other form of sponsorship, perhaps
similar to the approach taken on PBS where there are promotional
considerations, if not outright ads upfront, but no interruptions in
the actual content.

YouTube is another example of keeping the ads to a minimum but making
those few spots difficult or impossible to skip.

“Different kind of alternatives will be tried by some — not all —
services,” said Kagan. “This has been a long-term issue, and it isn’t
going away anytime soon.”