Digital services tax proposals – the tip of the spear 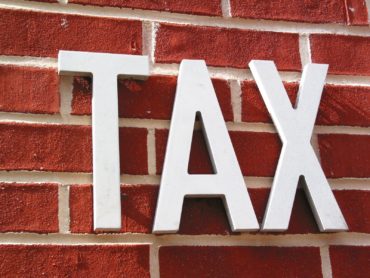 Summary:
Tax and trade – forever linked but now politicized in ways we’ve not seen in the past. 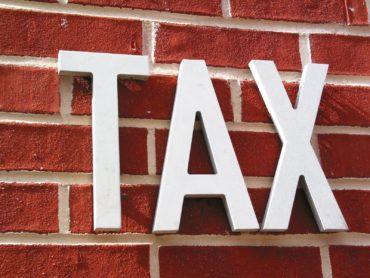 Stuart Lauchlan’s story about proposals to introduce digital services taxes is what I term a ‘tip of the spear’ approach to tackling systemicÂ if legal tax avoidance.

While France and the UK are gearing up to act unilaterally, it would not surprise me to find that over time, other nation states join the move to extract taxes from those companies that abuseÂ tax avoidance provisions in the expectation of sheltering not just local but taxes that would otherwise be paid in their home country.Â

This targeted and proportionate digital services tax is designed to keep our tax system in this area both fair and competitive, pending a longer-term international settlement.

The longer-term settlement to which Norman refers centers around the long-standing need to revamp the global tax system.Â

Right now, the way taxes workÂ for most countries is that taxes paid in one state can be offset against taxes charged in the home country under what are called double tax treaties. However, there are a significant number of tax havens (many of which by the way were created by the UK) through which it is possible to indefinitely shelter taxes on a global scale.

Readers may have heard of the ‘Double Irish’ as an example. This was perfectly legal until 2015 when France forced Ireland to abandon the scheme. Needless to say, it was quickly replaced by the Single Malt and Capital Allowances for Intangible Assets provisions.Â

In the US, this favorable state of affairs occurs when profits deemed to be earned abroad are not repatriated. The extent to which this can be measured is best illustrated by estimates that Apple has at one time or another north of $190 billion in offshore earnings. Other companies do the same. Most notably, Amazon has highly aggressive tax avoidance policies that mean for all practical purposes, it is paying the corporate equivalent of petty cash in corporate taxes. The same goes for Google. In some estimates, US corporations may have sheltered as much as $2 trillion using these and other exotic techniques in the period 2004-18.Â

It was against this backdrop that the Trump administration passed the Tax Cuts and Jobs Act in 2017. But as sure as night follows day, the effect was not to create jobsÂ but to pass on benefits to shareholders via accelerated stock buybacks. Be that as it may, it is clear that taxation has become an economic weapon. You see that in the statements made byÂ US trade representative Robert Lighthizer:

The United States is very concerned that the digital services taxâ€¦unfairly targets American companies…The services covered are ones where US firms are global leaders.Â  The structure of the proposed new tax as well as statements by officials suggest that France is unfairly targeting the tax at certain US-based technology companies.

That’s a bit rich given that it is US companies that have dominated the use of aggressive international tax avoidance measures.

Where to from here?

Anti-tax avoidance activists have argued since forever that the opaque nature of current tax reporting coupled to varying public access to information makes it nigh on impossible to fully understand where profits are earned and therefore truly understand whether companiesÂ are paying their ‘fair share’ of taxes. The suspicion of course is that Â many companies are not paying their fair share.

Activists like Richard Murphy argue that we need ‘country by country’ reporting. In his most recent story about Corporate Accountability, Murphy says:

…the aim is to produce standards fit for use by all stakeholders. The main recommendations are:

– The separation of current and deferred tax accounting;

– The extension of the accounting required for corporate income tax to VAT and sales taxes, PAYE and social security, and to extractive industry taxes as well as specific sector taxes to which a reporting entity might be liable;

– The treatment of all levels of government as reporting entities and so subject to the CAS with all its requirements applying to them, plus an additional requirement that they account for the taxes that they receive, including mandatory tax gap reporting;

– The consideration of the needs of all stakeholders of a reporting entity within the standard.

How far such proposals get is an open question given that the proposals in France and the UK are not supported by majorÂ economies like Germany and tax havens like Ireland.Â

And then there are the trade implications. As Lauchlan stated in an earlier story published in January that talked about the OECD proposals:

I fear Gurria (OECD Secretary-General) may be overly-optimistic here. This is an issue on which national finance and trade ministers, as well as the Nick Cleggs of the tech world, nod sagely and agree that something must be done,Â then scuttle off to count their coffers.

Factor in also that 2020 is a US Presidential Election year. The trade war loving current occupant of the Oval Office isnâ€™t going to miss out on an opportunity to â€˜MAGA-upâ€™ the situation by defending American digital firms from beastly foreigners trying to â€˜stealâ€™ US tax revenues.

That’s exactly what has happened. In essence, the White House is making the tax issue a matter of trade policy and so playing directly into the hands of the mega-vendors who benefit most from the US’s belligerent stance. The question for the man in the street who has no chance of benefiting from a Dutch Sandwich or a Single MaltÂ is simple: what about me? That’s where the French, and to a lesser extent, the British step in.Â

If the French and British governments can make their digital tax proposals stick then this opens up a broader debate about the nature of taxation in globalized, digitally based economies. Hence my tip of the spear assessment. But in the meantime:

Hands up all those who enjoy paying taxes.Â

Hands up all those who think that crying ‘unfair’ is cynical.

Hands up all those who think that muddling taxation with trade policies is nonsensical and dangerous.Â

Hands up all those whoÂ recognize that a more equitable tax regime that can be broadly applied globally is sensible.