Home / Retail Omni-Channel / "Do less, but better" – Armani's post-COVID omni-channel ethos as luxury retail finally faces up to a clear path of change

"Do less, but better" – Armani's post-COVID omni-channel ethos as luxury retail finally faces up to a clear path of change 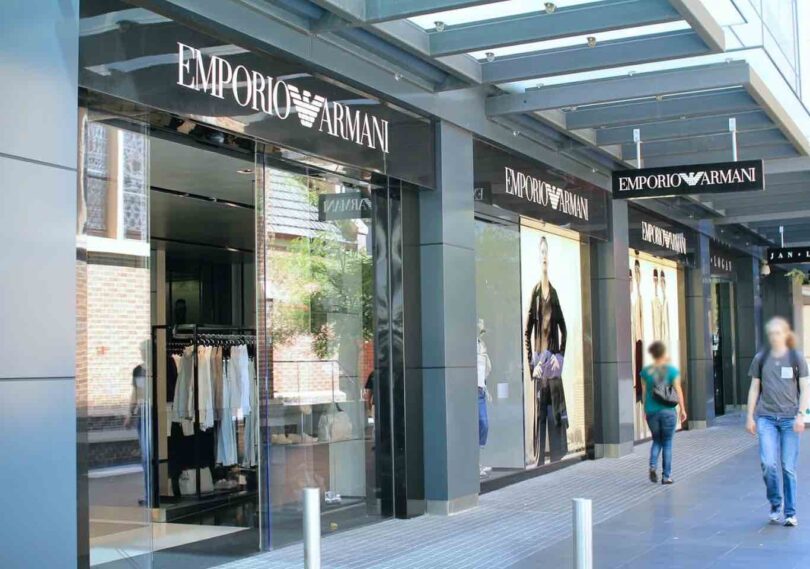 Summary:
Giorgio Armani is leading his firm into a re-designed retail future. It’s a post-COVID shift that other luxury retailers might follow if Farfetch’s Chief Customer Officer Stephanie Phair is correct about the current chance for change.

A sign of the times for post-COVID retail or the natural evolution of a long-standing partnership? Either way, the decision by high-end fashion retailer Armani to re-invent itself as a “revolutionary, digital and integrated shopping experience” is a significant development in that most resistant sector of e-commerce – the luxury goods market.

As noted on many occasions, luxury labels have had a schizophrenic relationship with the internet as a sales model. Some have long embraced it as an additional channel; others have stridently dismissed it, insisting that the kudos of expensive real estate in upmarket ends of town is all part of their USP.

But as we speculated back in May, that sort of elitist attitude may no longer be commercially viable post-pandemic if shoppers decline to return to city centers.  In the words of José Neves, Founder and CEO of online luxury retail platform Farfetch, a veteran of this niche market:

We believe that the digitization of brick-and-mortar was ‘nice to have’ in the view of many brands and many retailers and will be promoted to a ‘must have’…Our unique business model has enabled us to remain operational throughout the COVID-19 crisis.

What Armani Group plans to do is to build on an existing partnership dating back nearly two decades with Yoox Net-a-Porter (YNAP) to use its Next Era business model to integrate its own digital stores with its physical boutiques.

The scaled-up partnership will also tap into YNAP’s global logistics network. Orders will be processed through that network as well as from dedicated fulfilment centers and Armani Group boutiques.

Essentially the new model throws open the entire Armani Group range of offerings across all its brands – such as includes Giorgio Armani, Emporio Armani and A|X Armani Exchange – to everyone, regardless of whether they are near a boutique.

That’s pretty basic omni-channel stuff, of course, but for a luxury outlet it’s a big shift in thinking – and one that’s coming right from the top in the shape of founder Giorgio Armani himself. He explains:

In the past few months, I have been redesigning the Armani Group’s business model based on a concept that is very dear to me: do less, but better. Mine is an invitation to consume more responsibly, focusing on authenticity and change. In Yoox Net-A-Porter I’ve found a partner that allows me to transform this principle in a new multi-channel shopping project where the relationship with the customer is increasingly personal and direct, while e-commerce and boutiques are integrated in a dynamic balance, which will have a positive effect, also on the environment”.

The first elements of the re-invented model should start to appear on the Armani website from early next year, with the full integrated vision scheduled to take shape in 2022.

Why? And why now?

As to why make this change now, financial security in a changed retail environment must be at least a factor. In its most recent financial statement, the group announced a 12% decrease year-on-year in earnings before tax to €175 million on revenue of €2.1 billion, up 3.2% year-on-year. In its announcement of the numbers, the firm said, “It is not yet possible to accurate estimate the ultimate economic impact of the COVID-19 pandemic”.

But equally, Armani Group may well be bowing to the inevitable with good grace and shaping its own omni-channel future. There’s a strong case to be made that others will follow suit, an idea picked up by Stephanie Phair, Chief Customer Officer at Farfetch and Chair of the British Fashion Council, during a recent conversation as part of Salesforce’s Road to Resilience online seminars.

Phair argues that COVID-19 has created a clear path whereby underlying trends in retail have been greatly accelerated, including digitization and a general move from offline to online:

I think because this crisis has hit everyone so hard, there’s more of a willingness to just try stuff and just do it, just give it a go. You know, do that partnership that maybe you were putting off or engage in that networking that maybe you had put off before…I really hope that [after] this crisis, yes, we go back to a form of normal, but that normal is different because it has to be.

That has big implications for retailers next steps, she advises:

Invest in innovation – whether that innovation is true cutting-edge innovation or it’s actually just digitalizing…it’s innovation for your stage of the game, so invest in that. It’s always been up to now a bit of a ‘nice to have’, but now it’s absolutely intrinsic to the business.

Farfetch, as diginomica has profiled previously, is a pioneer in the luxury e-commerce industry. Phair says this sector of the retail market has been a laggard in digitization:

We work in the luxury industry which has been notoriously slow to adapt to digital. If you think about luxury brands, they’ve thought of digital or innovation as a marketing tool, as opposed to a fundamental way of doing business. I would say, invest in innovation. Don’t leave it to the side.

Learn from other industries, she says, and think like the customer does, as he or she isn’t making distinctions or allowances on your behalf:

The customer doesn’t think industry by industry. They don’t think, ‘Oh well. this is what happens in the luxury industry’. They completely are across all of them, they’re agnostic…the services that they expect and the behaviors that they expect cross over businesses. You can no longer say, ‘But I compare myself to my peers in the sector’. You have to compare yourself across industries and across sectors. Learning from others and how they’re dealing with the crisis, I think is more important than ever.

There needs to be a readiness to look at established business models and question them, she suggests, coming up with new ways of operating:

We’ve had roundtables with designers, talking about the fact that the current fashion calendar just doesn’t work for business anymore. You’re delivering coats in May, people are buying them in June…in September, just when most of us go, “Oh it’s a bit cold outside. I might go and buy a coat,  then it’s either sold out or discounted in the Northern Hemisphere. So [the model has] not worked for a long time and this is a big opportunity to really shift that.

In her role with the British Fashion Council, Phair has worked with colleagues at the Council of Fashion Designers of America to come up with some general thoughts on industry direction, although ultimately every business will have its own outcomes to pursue:

But we’ve urged businesses to think about slowing down. Quality over quantity. Think about the impact of shows all around the world, the impact on the planet and travel, but also the human impact of having buyers and editors fly all around the world, eight times a year. Is that necessary and does it make sense for the consumer? We need to just sell things within the season that they make sense.

I think things will change. I think some brands will choose not to and they can, because they’re either very big or they feel that they can single handedly sort of ‘carry a moment’. But I think for smaller brands, they will rethink their business model. They’ll go more direct-to-consumer. They will take more control of their story, their stock. I think wholesale will contract and hopefully shows will become a hybrid. In September, we will probably see a hybrid of online and offline.

But while the general direction of travel may be obvious and every retailer is “looking for the silver lining”, Phair reiterates that everyone needs to move at an appropriate pace:

Ultimately every business can decide what they want to do and what makes sense. We’ve urged businesses do what makes sense for business. Don’t just jump on the bandwagon because, in some ways, we’ve been saying this for a long time.

The post-COVID retail landscape is going to be very different. That’s a certainty. Everything else at this point is open to question and up for grabs and anyone who tells you otherwise is playing with fire.

What’s important right now is to take stock of what existing business models look like, how resilient they have proven to be over the past few months of crisis and try to imagine (and re-imagine) what changes might be made. In that context, Giorgio Armani’s leadership with regard to his own brand’s future is to be commended.

Phair is spot on when she suggests that retail has talked for years about digital transformation. But COVID-19 has given fresh impetus to focus first on the second half of that – the transformation element. At the recent CogX conference, Paul Martin, Chair Global Retail Group & UK Head of Retail at KPMG, made an interesting assertion:

Up until about 10 years ago, retail hadn’t really changed for 2000 years.