Enterprise hits and misses – Oracle OpenWorld gets the editorial treatment, the future of HCM software comes into focus 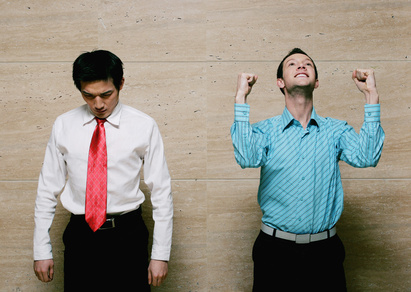 Summary:
This week – Oracle gets autonomous at OpenWorld; we review. Also: the future of HCM software is laid out. Retailers continue their Amazon skirmishes, with grocery delivery still up for grabs. Your whiffs include WeWork’s gaffe-happy week. 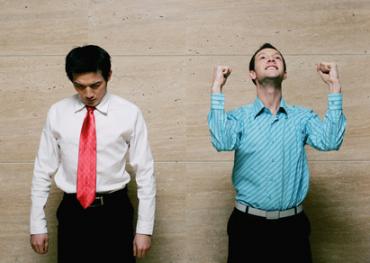 Just a few years ago, FedEx leadership assured everyone within earshot that Amazon would not be a bother. Well, Amazon is now officially a bother. Cue FedEx CEO Fred Smith. Stuart quotes Smith in his latest, FedEx’s ‘King Canute’ stance can’t hold back the Amazon tide of delivery demands in an e-commerce age:

We can’t make the competition go away. I wish they would, you know, just leave the field.

Hmm… Once you get past the hubris of denial, there’s only two ways to play it with Amazon – go the frenemies/partner routine, or cut ties and find your unassailable niche. FedEx has officially changed course – partner ties are severed. Now, everyone grab a paddle. Stuart concludes:

There is however still a sense that FedEx has been the delivery and distribution industryâ€™s version of King Canute, commanding the Amazonian tide to turn back and ending up getting its corporate feet very wet indeed. Its share price went into freefall this week over the latest set of pretty dismal quarterly numbers. FedEx has big problems and it needs to get its e-commerce house in order in short order because the Amazon competition isnâ€™t going away.

Stuart called this years ago, so we can forgive a an editorial victory lap:

Turns out â€˜Uberisationâ€™ mattered after allâ€¦

One area where Amazon hasn’t won the day (yet) is grocery pickup and delivery. Kroger thinks it might be able to get a piece of that action, courtesy its tie up with Ocado. Stuart gives his assessment in How Kroger is learning e-commerce lessons from Ocado with some big expectations to deliver on. Gist: interesting tie-up, but Walmart and Amazon are on the move here. There’s a lot of av(ocados) at stake here (terrible pun indeed).

Two more from our vendor coverage:

A few more vendor picks, without the blurbs:

Jon’s grab bag – Neil’s got the grab bag all to himself with a edgy AI two-fer, starting with: To understand AI advancements in health care, there are two storylines we must follow. The first storyline is about the exciting pursuit of AI innovation; the second storyline is about dealing with the consequences of that pursuit.

Neil takes a few more sacred AI cows off to graze in Data for good and AI ethics – a movement or just a conversation? Bonus: he responds to my question about why he holds the idea of AI ethics boards in such low regard. Another question I didn’t expect: can AI regulate the ethics of other AIs?

MyPOV: Mueller hasn’t “mused” in a while. But this week, he set aside a surely incredibly fun Constellation Research HR project to share some high-level findings. Here’s what jumped out, and my takes:

Here’s what Mueller says about “always-on-payroll”:

The best practices of running payroll when ready and needed are by now archaic. Real-time payroll information has quickly become standard for both employees and managers who want and need to make smart payroll-related decisions. The â€œalways-onâ€� payroll allows better transparency into pay-related information and processes.

That should keep some vendors up at night. Not sure if ADP is one of them anymore though. Check Mueller’s Progress Report – ADP Analyst Day 2019 – Ready for Prime Time.

So robot priests are more acceptable to Protestants than Catholics reports ZDNet, in one of the weirdest and least actionable tech stories of the year. Speaking of least actionable, “Business Insider” got in on that one too with this atypical lifestyle piece: If a nuclear bomb explodes, conditioner could trap radiation in hair. And one more atypical lifestyle piece: this apparently true story of a guy who put the food in his fridge on lockdown via a “fridge safe” so his girlfriend – or should we refer to her as his ex – couldn’t get at it?

WeWork had another one of those rough weeks, and the worst thing is, “let’s just get back to work” doesn’t really work in this case. But at the risk of mean-spirited mockery of a company already reeling, we couldn’t resist a bit of a go at WeWork’s privacy exposing wifi network, as in “for years, sensitive documents and corporate data have been easily viewable on the coworking space’s open network.” I drew the line at Nic Cage’s cat picture being exposed (or, Nic Cage as a cat).Â

Anyhow, this led us to some Twitter alternatives to WeWork. Kurt Marko likes #WeDontWork. I suggested another:

I like #WeDontWork a lot. 🙂 I submit for your consideration another option: #WeSpend

But WeSpend was eclipsed by another:

Either way, the perils of co-working have never been more lucrative. Though that may change shortly. In the meantime, via diginomica’s Phil Wainewright, we’ll always have the umbrella incident:

My friendâ€™s entire company is locked out of their WeWork office because an umbrella fell, jamming the door.

No one can figure it out. Itâ€™s been like this for 2 days. pic.twitter.com/ggaUkgYRFR

You can get the full backstory here. The only thing that surprised me about the whole thing was when “WeWork said it would be quite expensive.” But maybe this was before they got their $5.9 million back from their CEO for the trademarking the word “We,” and its “family” of incredibly valuable variations – which hopefully does not include WeSpend, or diginomica will be paying into the kitty soon enough. Catch you next week.

Disclosure – Oracle, Oracle NetSuite, Workday and Salesforce are diginomica premier partners as of this writing.