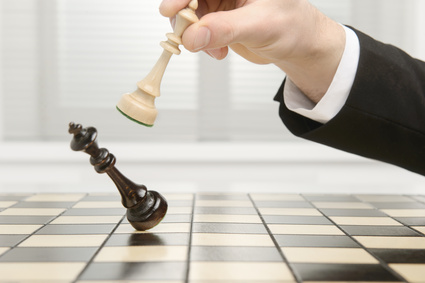 Summary:
This week – returning to work(places) raises the privacy stakes – how will employers respond? Plus: will AI-based threat detection make us safer, or add to the surveillance culture? Plus: whiffs-a-plenty. 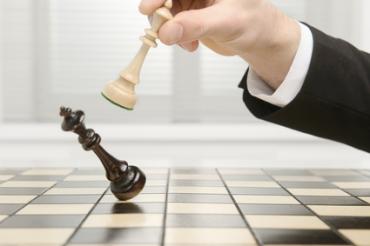 Lead story – Returning to work safely – and the privacy implications

MyPOV: Leave it to Stuart take some time off from managing our editorial and still score the lead story. In Privacy as a human right in a time of crisis – another aspect of the return to the workplace trust deficit, Stuart argues that a successful return to work won’t happen unless employers overcome substantial data and privacy concerns. He quotes… Himself:

Your employer says it’s safe to return, that precautions have been put in place and there’s a new health-centric working model at play. But still, are you entirely convinced that the promises of being able to return to the office environment can be done safely?

Stuart goes on to cite Salesforce data – data that came to a similar conclusion: the so-called return to work(places) is about trust. This has ratcheted up the debate on data as a human right. The “hefty trust deficit” between employees and their employers isn’t easily solved – and now there is something of a backlash against the technology that would supposedly ease this transition (e.g. problematic contact tracing apps). If there’s one thing I take from Stuart’s article, it’s that returning to work safely is not really a technology problem.

How far can we get without a federal data protection law in the U.S.? Stuart raises the question. He adds:

In the meantime, city centers around the world remain unnervingly empty and the wholesale shift back to the office regime hasn’t occurred despite exhortations.

Maybe instead of exhortations, we seize what opportunity there might be: call it the under-explored merits of decentralization.

Jon’s grab bag – As Kurt points out, the best tech doesn’t always win: Standing out in the crowded security market – technology is not enough. Martin continues his edge computing series with the redemption of the mainframe: Mainframes in an edge computing world – Compuware providing the Phoenix with a box of matches. But can mainframes become part of a real-time data architecture?

Finally, as we gear up for a barrage of fall virtual events, I issued another missive: Virtual events and the flawed obsession with entertainment over interactivity – will fall events get it right? This piece was, in my view, improperly portrayed as a vendor grilling.

Yes, there is a bit of satirical catharsis. But: there are loads of winning approaches in here also – and a call for experimentation. “Let the community you’ve already built works its magic.” We’re not looking to become event critics around here; looking back on mediocre events is a drag. Event planners – there is still time to do something special this fall. I’m not sure if that’s an offer, a plea, or a prayer…

MyPOV: On the enterprise beat, we hear plenty about the power of real-time detection and alerts, often powered by shiny new AI toys (or AI-enabled toys). For a gut check, there’s no higher stakes than detection of public emergencies. This VentureBeat piece manages to walk a tricky tightrope between techno-optimism and properly paranoid. As Khari Johnson writes:

AI that calls for help if you’re attacked in the street or your home is on fire sounds like a dream, but AI that tracks people across multiple camera systems and sends police to your location could be a dystopian nightmare.

There’s also the risk of mission creep, in which surveillance technology acquired for one purpose is later used for another. The most recent examples come from San Diego, where smart street lamps were initially supposed to be used for gathering traffic and environmental data. Then police started requesting access to footage — first only for serious, violent crimes, but eventually for smaller infractions, like illegal dumping.

The JEDI contract saga rolls on – Forget “Days of Our Lives” or “The Young and the Restless,” the sand coming out of this hourglass is the legal and political fuss over the JEDI project. It’s official – Oracle lost their cloud contract appeal, but as Ron Miller reports, the tech potboiler goes on, with the DoD reaffirming Microsoft has won JEDI cloud contract – but: Amazon’s legal complaint is still pending.

Right on the heels of the breathless excitement we all feel about Motorola’s new 5G phone, we have this Techdirty 5G rundown: Yet Another Study Shows U.S. 5G Is Far Slower Than Many Other Nations. I got a kick out of the Redditors’ take downs. As in: “Routing it through the NSA’s servers takes it down a bit.”

Oh, and regarding our intelligent future:

Students figure out how to trick AI algorithm to grade essays https://t.co/OdCDgODHIw

“Two full sentences, followed by a word salad of all possibly applicable keywords. 100% on every assignment.”

Reminds me of my high school actually, though we had to improvise in analog. But not all technological advancements are concerning:

“Is it a bird? Is it a plane? No, it’s the green drone, handing out free cannabis from the sky..”

Finally, we had an interesting Twitter bash for a few minutes on this one:

-> nice recruiting message… join us at Netflix and you’ll be traveling all over the place, including internationally, just as soon as we can find a way

There’s a more serious conversation in here on the future of work. As for my antipathy towards Netflix, well, they shouldn’t have canceled Jessica Jones. See you next time…

Disclosure – Oracle, Workday, ServiceMax, Infor and Salesforce are diginomica premier partners as of this writing.