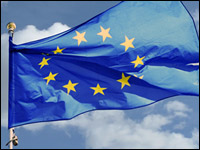 The European Parliament plenary on Tuesday adopted the “Directive on Copyright in the Digital Single Market” by a vote of 348-274 with 36 abstentions.

Member states will have two years to adopt the directive’s rules under their national laws.

The directive will require certain online platforms (such as Google News, YouTube, and Facebook) to establish licensing agreements with rights holders, such as music or film producers, for the use of music, videos or other copyright-protected content.

In the absence of license agreements, the platforms will have to “make their best efforts” to ensure that unauthorized content is not available on their website, but how they do it will be up to the platforms.

The directive does not impose upload filters, or require use-uploaded platforms to apply any specific technology to recognize illegal content — one of the major
points of opposition to its Article 13. Further, it prohibits EU member states from obligating online platforms to generally monitor user-uploaded content.

A robust complaint and redress mechanism will let users contest the unjustified removal of their content. Member states have to set up alternative dispute resolution schemes with specific safeguards to ensure a fast and efficient procedure that will not affect users’ rights to go to national courts to assert their rights.

“They appear to be trying to do the right thing, but balancing between free speech and copyright infringement is almost impossible,” observed Rob Enderle, principal analyst at the Enderle Group.

“There is really nothing you can do now with regard to regulations on the Web about content that doesn’t have global implications,” he told the E-Commerce Times.

The directive will help preserve cultural heritages and, by enabling free distribution of data and knowledge, promote cutting-edge research, the EU Parliament said.

However, the directive “will slow down everything tremendously, and in the name of protecting the interests of some, will curtail the legitimate speech of the many,” argued Michael Jude, program manager at Stratecast/Frost & Sullivan.

“It’s going to unleash a lot of uncertainty in the social media market, provide lots and lots of employment for lawyers — adjudication means lawyers — and make for a whole new bureaucracy,” he told the E-Commerce Times.

Only online services that store and provide public access to a large number of works for profit-making purposes are impacted by the directive.

Online platforms less than three years old, with a turnover of less than US$11 million, will have to remove unauthorized works from their website only upon receiving notification by rights holders.

However, when their audience totals 5 million unique viewers monthly, they will have to make their best efforts to ensure that such works do not reappear on their website later.

Publishers can authorize or prohibit online use of their publications by platforms, and decide whether to charge for their content. This will resolve their complaints against news aggregators like Google News.

The directive also stipulates that journalists should receive an appropriate share of the revenues resulting from the online use of press publications.

A contract adjustment mechanism will let creators — such as actors, musicians and writers — get more revenues if their product has been unexpectedly successful.

A revocation mechanism will let creators locked up in long-term contracts that cannot be renegotiated take back their rights if their works are not being exploited, subject to some restrictions.

EU member states will have to introduce five mandatory exceptions to the copyright rules:

Public domain works can be disseminated freely online and reused, including for commercial purposes or uploaded into Wikipedia.

Consumers are allowed free use of hyperlinks, which are excluded from the directive’s scope. Consumers also may use snippets — individual words and very short excerpts from press publications — without needing authorization, and at no charge.

Consumers automatically will be covered by licenses between rights holders and online platforms, so they will be able to share and use online any content covered by the directive, such as songs and music videos.

“Article 13 means the platform will have to pay royalties or reach some other sort of agreement regarding all the copyrighted content uses upload,” said Electronic Frontier Foundation Senior Attorney Mitch Stoltz.

“Some of the largest platforms will probably be able to make deals with large copyright holders, but other platforms will likely be ruined,” he told the E-Commerce Times.

The Electronic Frontier Foundation (EFF), one of the directive’s most vocal opponents, said the European Parliament has “abandoned common sense and the advice of academics, technologists, and UN human rights experts” in approving the directive.

More than 150,000 people
marched in Germany last weekend to protest the directive on various grounds.

An online
petition against the directive has drawn more than 5 million votes so far.

“The EU’s notion of protecting copyright of poor downtrodden people from the evil predations of social media sites will have a whole lot of unintended consequences,” Frost’s Jude predicted. “Regulations to ostensibly control major players will end up entrenching them and building a barrier to growth.”