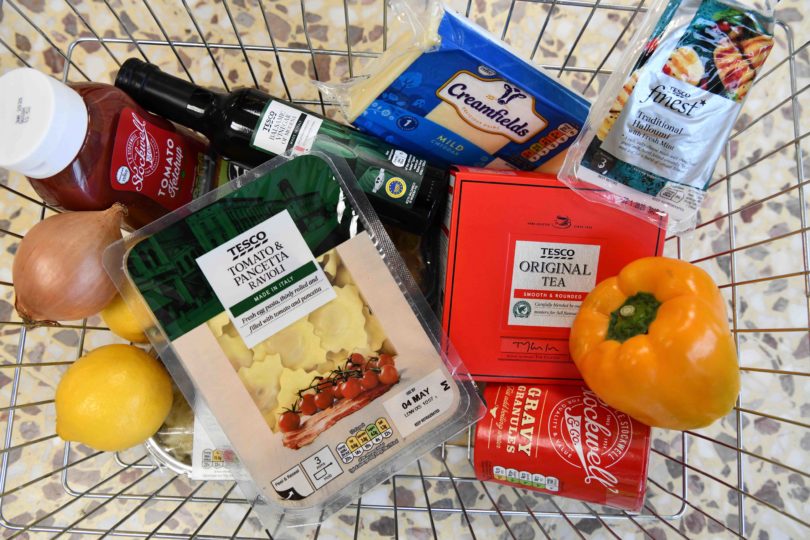 Every little helps – how Tesco has adjusted its online retail strategy to cope with Coronavirus and life after lockdown
Stuart Lauchlan
Wed, 04/08/2020 – 06:49

Summary:
Tesco CEO Dave Lewis explains how his firm has responded to the uptick in demand for online ordering through the Coronavirus crisis – and what lies beyond lockdown for the UK’s largest supermarket chain.

The Coronavirus crisis has driven a boom in consumers engaging with online ordering and delivery services from supermarkets, but also resulted in the supply chain and fulfilment capacity of those retailers coming under horrendous pressure.

The past couple of weeks has seen some stabilization of the situation as major brands put in place strategies to cope with panic buying, stock replenishment and meeting the challenge of trying to cater for the needs of locked-down populations, most notably the more vulnerable members of society.

This morning, Tesco became the first of the major supermarket chains in the UK to ‘open the kimono’ on what it has seen occur over recent weeks, how it has put in place a Coronavirus survival plan and what it believes the short-to-mid term prospects for the omni-channel retail sector are.

January and February were, according to CEO Dave Lewis, were “flat, subdued if you like”. Then the Coronavirus crisis kicked in:

We saw a phenomenal spike and when we talk about that, we’re talking about a 50% increase in food sales, about a 30% increase in in sales for Tesco across those peak weeks. We then saw it go slightly negative as ‘stay at home’ guidance was issued. And if I look back to the last week, we see it is back into growth, ahead of before the crisis, but obviously at a significantly lower level than what we saw in those peak weeks.

The main driver of that uptick was of course the panic buying that occurred as the nation’s shoppers were gripped by an irrational need to buy up as much toilet paper as they could carry! While the mainstream media images gave the impression that this was a mass phenomenon, Lewis has a different perspective based on Tesco’s data:

The interesting thing is actually most of the stockpiling was driven by a small number of customers. Ten percent of customers took 30% of the volume during that period and a further 20% – so 30% in total – took 60% of the volume. We saw that there was a strong correlation between affluence and their ability to stockpile. What you also saw is that while sales were increased across the whole country, they were significantly enhanced in the South East and particularly around London.

If I take the margin lens to the sales mix, online is less profitable than stores, so the impact on the sales mix here of more online business is negative.

The way Tesco operates its online operation has had to change since the onset of the health crisis in order to meet the firm’s mission to, as Lewis puts it, feed the nation:

Our capacity and our ongoing normal rate, excluding Christmas, was around 660,000 weekly slots going into this process. Initially that capacity went south. It declined because of two things. Very strong traffic in store meant meant that our picking capability was affected, but also the number of items that people were ordering was also significant. All of last year, the average items per order would be about 44 or 45. At the time of those two weeks, it rose to about 130 items per order, so the orders were significantly larger.

We introduced, so that we could spread and keep capacity for all, a limit of 80, but actually, in the last week the average orders are more like 61,62 items per order. So, [we’ve been] managing that and increasing the amount of picking time. In some of our 345 dot com stores we’re picking from 2am. We’ve increased the weekly slots to 805,000 and we’ll continue to increase that capacity so that we can serve more people.

In common with other grocery retailers, Tesco has also sought to segment its customer base and identify the most vulnerable shoppers. If you are able to come into a store, then that’s what the firm wants you to do so that it can free up online resource for those who can’t. Lewis explains:

In that increasing capacity, we’ve been working with the [UK] government on their vulnerable list. The government has identified nearly 1.4 million people in the UK, that they consider to be clinically vulnerable. Over a million of those have a support network already in place, and they believe there is around 300,000, maximum 400,000, that they believe do not have that support in place.

They came to us and other retailers to say, could we help?. On Friday of last week, we received from them a list of 110,000 people on that [vulnerable] list. We were able to match in a matter of a few hours 75,000 of those that we had details for within Tesco. That meant that they had some contact with Tesco before. We wrote to all of them, and offered them the priority slots. And that was all done within 24 hours of receiving that list. At the moment something like 95,000 of those 300,000 [on the vulnerable list]  have been offered a priority slot with Tesco. At the moment, we’re making about 120 deliveries, a minute in the UK.

While the crisis goes on with the number of UK deaths has yet to peak, Tesco is looking  ahead to life after lockdown in an attempt model future planning, says Lewis:

We have a team within Tesco which is looking at the demand curve for the medium and long term. We have a team in Tesco looking at the supply strategy for the medium and the long term. We’re trying to model what might happen. The one thing I have to say as a caveat here is the one thing that we know is that none of the forecasts we have are going to be accurate. As one of my colleagues said, it’s all precisely wrong. We have to we have to recognise that nobody knows…as things unfold we’ll see how those assumptions, actually play out.

There are some assumptions that can be made, he added, around, for example stockpiling – “We think it happens once” – but other aspects are more up-in-the-air. One area, for instance, is the shift between eating at home and eating out, the latter not an option at present:

I’ve read a number of reports from different people about how much of food consumed out of home will come into retail. We’ve assumed 25% does, in terms of those calories that shift. The biggest single assumption is for how long. There’s a base case assumption. We’re talking about a base case which has a 12 week impact, a 16 week impact and then one which is a 20 week impact. So depending on how long pubs and restaurants are closed, we have one, two or three impacts.

The other thing that is significant and we model is what’s going to happen to holidays and to a lesser extent school closure. So the view is, given the restrictions, that this year is going to be a year of staycation in the UK and as a result, obviously there’s more consumption from people saying at home than the loss of tourism into the UK. And again, if that’s the 12 week impact. If it lasts for longer, then we’ll see a benefit that lasts longer and so on and so forth.

We all are very very conscious that we don’t have perfect accuracy here, and we’re going to have to be very adaptable. What I do know for sure is that adapting to these scenarios, has some very significant costs.

As to how big those costs might be, Lewis suggests that the incremental cost to the UK business could be as high as £925 million:

We know that we’re incurring significant additional costs, particularly in payroll, but literally across the whole of the operation. The precise impacts are hard to predict…There’s lots of change to come and we will continue to be agile will continue to be flexible. But we will continue to play a very active part in however it is. We can help the country, deal with this crisis. Our criteria will say food for everybody, safety, support and our colleagues, support our communities and protect the business for all of the stakeholders in it.

We’ll hear similar war stories from the retail frontline in the coming weeks and months. Tesco’s response to the Coronavirus crisis has been impressive and responsible which is encouraging given its status as the UK’s largest supermarket chain. CEO Lewis boasts:

COVID-19 has shown how critical the food supply chain is to the UK and I’m very proud of the way Tesco, as indeed the whole UK food industry, has stepped forward.

That said, the current situation has demonstrated how limited the online fulfilment capacity really is. While Tesco has done well to revamp its online operations, the reality is that that it can only service around 10% of potential shoppers. Life after lockdown is likely to include a long term re-evaluation of the omni-channel balance in operating strategy moving forward.