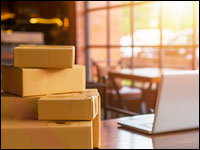 Businesses can choose products they want to feature and customize the look and feel of their online shop.

Consumers can find Facebook Shops on a business’ Facebook page or Instagram profile, or through stories or ads. They can browse the business’ collection, and save products that draw their interest.

If the business has enabled checkout in the United States, customers can place an order without leaving the app, or on the business’ website if they prefer.

“Consumers appreciate the convenience and it sounds like that’s exactly what Facebook Shops is offering,” Mpofu told the E-Commerce Times. “My hunch is that consumers will be more engaged.”

Thirty-four percent of SMBs responding to a recent Clutch survey used engagement to measure the success of their social media campaigns.

Facebook Shops “likely makes sense for companies that already use Facebook and Instagram to reach customers and have a limited e-commerce presence,” observed Rebecca Wettemann, principal at
Valoir.

“What Facebook doesn’t tell us is what they’re charging for this service,” she told the E-Commerce Times.

The Facebook Shops announcement followed Monday’s release of the
State of Small Business Report, which lists the results of a survey Facebook conducted with the Small Business Roundtable of 86,000 owners, managers or workers at SMBs.

Although the future appears bleak for SMBs, the report suggests going online may help:

“Facebook has been very slow to get to three key areas: payments, commerce and identity,” said Ray Wang, principal analyst at Constellation Research.

“They were hoping their
Libra project would serve as the foundation to deliver on this, but that hasn’t panned out given the regulatory approvals,” he told the E-Commerce Times.

“When you have 1.5 billion users and all you’re doing is monetizing ads with no commerce you’re at a disadvantage,” Wang pointed out. “Amazon’s monetizing commerce and getting into ads with (US)$10 billion in ad revenues already.”

Facebook is working with partners — Shopify, Bigcommerce, WooCommerce, ChannelAdvisor, CedCommerce, Cafe24, Tienda Nube and Feedonomics — which will help small businesses build and grow their Facebook Shops and use its other commerce tools.

However, Facebook will alienate platforms like Shopify, BigCommerce or Magento if it tries to set up its own e-commerce platform, cautioned Mark Lewis, CEO of Netalico Commerce.

It’s leveraging some of the integrations that already exist with partners instead, so it “becomes more of a direct channel of revenue than a separate platform,” he told the E-Commerce Times. “Right now they just want the most businesses on their platform as possible, because that’s the most potential for advertising sales.”

That could cost SMBs that also sell on Google and Amazon, because “Facebook has a history of making its technology not work nicely with others,” observed Valoir’s Wettemann.

That may cause technical issues difficult to resolve, she noted.

Facebook Shops is likely an attempt to offset that problem, Netalico’s Lewis suggested. “Parts of what they announced were already available, like having products and a checkout in Facebook/Instagram. Once merchants have their catalog feed set up in Facebook, it’s simple to run ads for them in Facebook and Instagram.”

“Let’s face it, Facebook isn’t doing this because it’s a philanthropy,” she remarked. “While some consumers and SMBs still trust Facebook to handle their data, the short-term ‘help’ it’s giving SMBs because of the current crisis is to gather more data and make more money. Given Facebook’s track record on data and responsibility, I’d be wary of that.”

In the future, consumers will be able to view a business’ shop and make purchases within a chat in WhatsApp, Messenger or Instagram Direct.

Social shopping in messaging apps “could be pretty huge, like WeChat in China,” Lewis predicted.

This summer, Facebook will introduce Instagram Shop, which will let consumers discover and purchase products in Instagram Explore. It will add a new shop tab in the navigation bar so consumers can get to Instagram Shop more easily.

Facebook has begun testing a feature on Facebook and Instagram that will let sellers, brands and creators tag products from their Facebook Shop or catalog before going live. These products will be shown at the bottom of videos, and consumers can tap them to learn more and make purchases.

The engagement-to-commerce experience businesses previously could set up was broken, she told the E-Commerce Times.

Facebook Shops “steps sellers up from a stall in the bazaar to a store in the mall,” Miller said, “one where consumers are already connecting, engaging and communicating.”