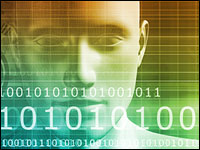 The Federal Trade Commission this week announced its approval of a US$5 billion settlement with Facebook,
ending a long-running investigation into the company’s privacy practices. The commission’s 3-2 vote was along party lines.

The United States Department of Justice must finalize the settlement before the matter is closed.
The DoJ’s action will end the investigation that began early last year, when Facebook entered the spotlight for numerous privacy violations, and
possible violation of a 2011 consent agreement with the FTC.

The 2011 settlement required Facebook to establish and maintain
a more comprehensive privacy program, and to obtain the
express consent from users before the sharing their data with
third parties.

However, it isn’t just the $5 billion fine that Facebook faces. The
company also must document every decision it makes involving
user data before it can introduce any new products.

It also will have to monitor any third-party apps on its
platform and ensure they do not
tap or otherwise obtain consumer data. The company’s
executives are on warning that they must do a better job of
protecting user privacy.

Facebook and the FTC have not commented publicly on the issue, and
details and terms of the restrictions have not been disclosed.

The $5 billion fine — as well as the changes that Facebook will need
to make to its policies — may seem harsh in comparison to
past FTC judgments. The FTC in 2012 imposed a $22.5 million against Google for misrepresenting how Apple’s Safari Internet browser served targeted ads.

However, critics have argued that Facebook “got off light.” While $5
billion is the largest fine the federal government ever has imposed on a technology firm, is still small change to Facebook.
The company admitted in its April earnings report that it expected to pay as much as $5 billion to settle the investigation.

“It’s very disappointing that such an enormously powerful company that
engaged in such serious misconduct is getting a slap on the wrist,”
he added. “This fine is a fraction of Facebook’s annual
revenue. It won’t make them think twice about their responsibility to
protect user data.”

Critics argued that even a fine in the billions of dollars
wasn’t a high enough price to pay for Facebook’s privacy violations, given
that its first-quarter revenue for this year was $15 billion, and that it reported having more than $40 billion cash reserves.

“One can clearly see that because Facebook preannounced the fine by
setting aside $5 billion for the FTC investigation,” he told the E-Commerce Times.

“The fine emerges as an insignificant penalty for the company, much in
the same way that antitrust fines in Europe had little impact on
Google,” noted Greg Sterling, vice president of strategy and insights
at Local Search Association.

“Unless fines are considerably higher, they lack the deterrent effect
they are supposed to have,” he told the E-Commerce Times. “While
there is a small but vocal segment of consumer advocates who are
outraged by the privacy violations, judging from their behavior,
consumers are still oblivious to the privacy violations or have
resigned themselves to it.”

Normally, receiving a fine even in the millions of dollars would be
seen as bad news by investors, but following the announcement of the
$5 billion fine Facebook’s stock price actually went up.

“Facebook informed its shareholders several weeks ago that the fine
was coming and it was already factored into the share price when the
FTC made its announcement last week,” explained Recon Analytics’
Entner.

“Accordingly the market didn’t react,” he added. “Generally speaking,
financial penalties indicate the seriousness of the regulators, but
they ultimately have a limited impact on these massive Internet
companies.”