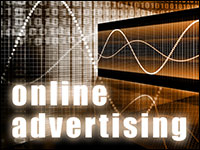 Facebook has come under fire for its
Ad Library application programming interface.

The API lets users perform customized keyword searches of all active and inactive ads related to politics or issues of national importance stored in the Ad Library.

Released in beta last summer, the archive became available to everyone in March, following pressure from Mozilla and others ahead of this month’s European parliamentary elections.

However, Mozilla on Monday
blasted Facebook for making the API less open and less useful than it could have been.

The question of whether Facebook has done enough is a thorny one, as what “enough” means “will always evolve and change like cybersecurity,” said Ray Wang, principal analyst at Constellation Research.

The Ad Library API fails to meet three of five guidelines established by Mozilla and 60 researchers, and it’s not clear if it meets the other two, Mozilla said, noting that it “fails to let researchers do their jobs ahead of the upcoming European Parliamentary elections.”

In sum, the API does not provide necessary data, and its design hinders the work of researchers, according to Mozilla.

These are the criteria set by Mozilla and its partners for a “functional, open API”:

The Ad Library API will improve as we go. We never said it was one and done. We continue to stabilize rate limits, explore more filters, and welcome researcher insight, like @mozilla provided, so we can prioritize future features: broader API access opened last month (1/4)

The API “forces some rule sets that will help with transparency and research,” Constellation’s Wang told the E-Commerce Times. “There will be a lot more to do as fake news and disinformation operations adjust.”

However, transparency “allows the bad operators to know what to avoid,” he cautioned.

Where the Ad Library API Stumbles

Facebook’s API requires keyword searches, so determining whether it is comprehensive is impossible, according to Mozilla. The API does not provide users with all ad data and let them filter it down using specific criteria or filters, the way nearly all other online databases do.

Further, since users cannot download data in bulk and ads in the API are not given a unique identifier, Facebook makes it impossible to get a complete picture of all of the ads running on its platform, Mozilla said.

“The link for video and images is a unique identifier for these ads,” Leathern tweeted.

The API does not provide information on targeting criteria, or engagement data such as clicks, likes and shares, so researchers cannot identify the audience for the ads or see how users interact with it, Mozilla said. Such information lets researchers see the targets advertisers tried to influence and whether they succeeded.

There are two reasons for Facebook not to provide targeting criteria and engagement data, Wang pointed out. “There’s the competition, and the fact that giving it all away would enable bad actors to take advantage.”

Corporations “can be especially opaque on the subject of who their customers are and how much they pay,” noted Michael Jude, program manager at Stratecast/Frost & Sullivan.

“I think that Facebook realizes it would be the kiss of death to totally disclose its customers’ advertising metrics, but it doesn’t want to be a common carrier and, therefore, highly regulated,” he told the E-Commerce Times. “In this context, Facebook has done what it needs to do but no more.”

The current API design puts huge constraints on researchers, rather than allowing them to discover what is really happening on the platform, Mozilla said. Due to the limitations in each of the categories, coupled with search rate limits, it could take researchers months to evaluate ads in a certain region or on a certain topic.

Ad data will be available in the archive for seven years, which “is actually pretty good,” Mozilla said, but because the API is new and still hasn’t been properly populated, “we cannot yet assess whether it is up-to-date, whether bugs will be fixed, or whether Facebook will support long-term studies.”

Finally, on accessibility to the general public, Mozilla noted that the API is now available as part of Facebook’s standard GraphAPI and governed by Facebook Developers’ Terms of Service, but “it is too early to determine what exact constraints this will create for public availability and disclosure of data.”

Two Views of the API

Facebook “simply needs to make such data available if the EU says so, but it does not need to make it convenient,” he said.

On the other hand, “there’s a lot to fix,” Wang suggested. “Mozilla’s recommended actions are the better option.”