For GK Enchanted Farm, Ending Poverty is Its Business 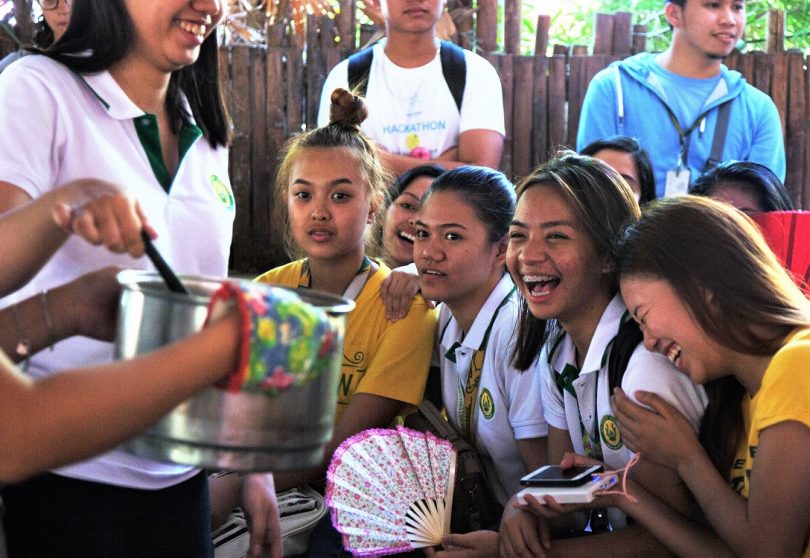 Shanon Khadka lists them by name â€“ Mae, Sarah, Sandra. Theyâ€™re just a few of the many babies born in 2014, representing a beautiful first for many of the families who live on the GK Enchanted Farm in the Philippines, a nonprofit launched with the vision of ending poverty in the country by 2024.

â€œThey were born into a family that wasnâ€™t poor,â€� said the CEO and President of GK Enchanted Farm. â€œThatâ€™s a big deal.â€�

Those babies were evidence that, in just the four years since it opened, the impact of the unique space â€“a working farm community that includes homes and schools â€“ was already being realized. The income of the 50 families that live on the farm, selling produce and related goods, has increased from PhP 3,000 per household per month to PhP 25,000. A full 100 percent of the children of the families are enrolled in school, and 75 percent are honor students.

Giving people a dignified place to work, live and learn was certainly a great start for the farm and the nonprofit behind it, but to really eliminate poverty, GK Enchanted Farm had to do more than provide work, education and homes. It had to shift an entire mindset, both for those who live in poverty, and those who do not.

At the same time, it created an environment that acts as a sort of â€œSilicon Valleyâ€� for social entrepreneurship, according to Khadka. For example, by the time that 2014 baby boom hit, â€œsocial tourismâ€� had become a growing source of revenue for the organization. The organization offered an opportunity for people to stay at the farm on holiday or to immerse themselves more fully in its culture and success, or a bit of both.

As a result, operations became increasingly complex. GK Enchanted Farm had 10 different business units, extending from food service and sales to operations that more closely resembled the hospitality industry. Tracking key metrics like foot traffic, sales on the farm properties, payroll for employees, and all associated financial metrics in Excel became challenging. Plus, as it became the major taxpayer in their region, ensuring tax compliance was becoming a four-person task for an already small, time-strapped staff.

The business was reactive, Khadka said, and didnâ€™t have real visibility into the financial and operational metrics needed to sustain operations and growth, nor to be the model of social enterprise that it aimed to proliferate across larger companies in the Philippines and globally.

Â In 2014, GK Enchanted Farm applied for and received the Oracle NetSuite Social Impact software donation to implement NetSuite. Just two years later, the organization credits the software for lending it the visibility into its financial position and process efficiencies to become debt free. It is even turning a surplus.

Some of the greatest benefits of NetSuite came from the re-engineering of GK Enchanted Farmâ€™s business processes. The use of NetSuite introduced consistency across the organizationâ€™s 10 different â€œdepartmentsâ€� when it came to the formats of everything from budget requests to expense reports. At a higher level, the business was forced to define revenue streams and cost centers, leading to a chart of accounts for each one, allowing it to compare profitability by unit, and better forecast those profits, according to Khadka. Financial reports that were generated annually are now generated monthly.

â€œNow weâ€™re saying: how are we going to do that, and what do we need to do to improve on that,â€� Khadka said.

The farm itself now serves as a sort of headquarters for social entrepreneurs in the Philippines â€“ a hub for education, resource, and support. Shared service centers cater to the common needs of social enterprises, providing guidance on product branding, accounting and finance, retail and marketing, logistics and strategy consultancy.

Eventually, the farm plans to spin these off as separate businesses, something that will be eased and empowered by NetSuite. In NetSuite, each department is already treated as a separate business with a separate profit and loss statement, but itâ€™s also easy to consolidate financials for each under the parent company in the system.

â€œNetSuite has been helpful so far in tracking the performance per department,â€� Khadka said. â€œWe believe that having these shared service centers will hasten the growth of the social enterprises that we are incubating.â€�

To date, Enchanted Farm, together with Gawad Kalinga Community Development Foundation, its parent organization, has helped 1 million people. That includes 300 jobs on the farm, feeding some 80,000 children enrolled in schools that it either launched or helps support, and 60 social enterprises that it has supported.

Khadka recently took a survey of the farmâ€™s residents, asking who feels positive about their future. Some 96 percent said yes.

â€œThis is an indication that the future is brighter, and there is a future full of hope for our communities,â€� he said. â€œWe know that the future leaders of the country are here.â€�