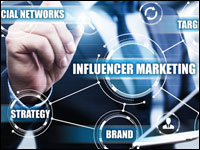 The actions taken make it clear that anyone who engages in similar illegal behavior will face enforcement action, the FTC said.

In the first case, Devumi and its owner and CEO, German Calas Jr., agreed to settle the FTC’s first-ever complaint challenging the sale of fake indicators of social media influence, which are important metrics that businesses and individuals use in making hiring, investing, purchasing, licensing and viewing decisions.

In the second case, cosmetics firm Sunday Riley Skincare and its CEO, Sunday Riley, agreed to settle an FTC complaint charging them with misleading consumers by posting fake reviews of the company’s products on a major retailer’s website, at the CEO’s direction, and by failing to disclose that the reviewers were company employees.

“Dishonesty in the online marketplace harms shoppers, as well as firms that play fair and square,” said Andrew Smith, director of the FTC’s Bureau of Consumer Protection. “Posting fake reviews on shopping websites or buying and selling fake followers is illegal. It undermines the marketplace, and the FTC will not tolerate it.”

The two settlements are significant. Fake metrics on social media sites are a huge problem with the influencer industry, according to Maria Lewczyk, public relations and content specialist at
Sideqik.

“From a consumer’s perspective … fake metrics make it more difficult to find and trust the genuine accounts engaging in marketing or advertising campaigns,” she told the E-Commerce Times.

Fake reviews persuade consumers to buy products based on false pretenses rather than real experiences. In a nutshell it is false advertising online, noted Robert Gross, COO of
Fakespot.

“This leads to consumers feeling ripped off and deceived, which is never good for any brand or e-commerce platform,” he told the E-Commerce Times. “Competitors who do not use fake reviews are affected because consumers start to question whether their reviews are real and if they can trust them. Overall, it’s bad for consumers, competitors and the platforms themselves.”

The FTC’s actions are a warning shot to everyone else to take notice that it is watching the social media influencer market and online reviews, Gross added. They show how important it is for e-commerce platforms and brands to get control of fake reviews and focus only on real feedback from real customers.

“It is promising to see more FTC action on this front,” she told the E-Commerce Times.

The significant monetary fine in the Devumi decision should provide an important deterrent for the bad actors,” Naydonov continued. “It does, however, result in more anxiety for the brand owners to police their marketing departments and monitor their influencers and the outside advertising agencies they work with.”

The now-defunct Devumi used its websites — Devumi.com, TwitterBoost.co, Buyview.co and Buyplans.co — to sell fake indicators of social media influence, according to the FTC’s complaint. The ads included fake followers, subscribers, views and likes to users of social media platforms such as LinkedIn, Twitter, YouTube, Pinterest, Vine and SoundCloud.

Devumi and its owner sold fake Twitter followers to actors, athletes, musicians, writers and others who wanted to increase their appeal as online influencers, the FTC alleged.

The defendants enabled their customers to deceive both potential viewers and potential music purchasers, the FTC contended.

The Devumi defendants provided their customers with the means and instruments to commit deceptive acts or practices, according to the FTC, which in itself a deceptive act or practice in violation of the FTC Act.

The FTC charged Texas-based Sunday Riley Skincare and CEO Riley with two violations of the FTC Act: first, making false or misleading claims that the fake reviews reflected the opinions of ordinary users of the products; second, deceptively failing to disclose that the reviews were written by Riley or her employees.

Sunday Riley Skincare sells a variety of cosmetic products at Sephora and on the Sephora.com website. Sephora allows consumers to leave customer reviews of products sold on its website, providing a forum for sharing authentic feedback.

Between November 2015 and August 2017, Sunday Riley Skincare managers, including Riley herself, posted reviews of their branded products on the Sephora site using fake accounts created to hide their identities, the FTC alleged. They also asked other Sunday Riley Skincare employees to do the same thing.

The FTC complaint includes quotes from a July 2016 email Riley wrote directing each staff member to “create three accounts on Sephora.com, registered as … different identities.” The email included step-by-step instructions for setting up new personas and using a VPN to hide their identities.

“If you see a negative review — DISLIKE it,” Riley wrote, “After enough dislikes, it is removed. This directly translates into sales!!”

The basic consumer protection statute the FTC enforced in both cases is Section 5(a) of the FTC Act, which states “unfair or deceptive acts or practices in or affecting commerce … are … declared unlawful.”

This is one of the more common laws that companies run afoul of in the Internet marketing space, according to
Kennyhertz Perry partner Braden Perry, who regularly represents companies before the FTC.

“There have been a number of cases brought by the FTC attempting to curb deceptive marketing practices, but it does not appear to work, as the marketing practices that are violative of FTC’s guidance and regulations seem to be increasing,” he told the E-Commerce Times.

It does not help that the Sunday Riley case was not brought in federal court, like many of these cases, and there was no redress, no disgorgement of ill-gotten gains, no notice to consumers, and no admission of wrongdoing, said Perry.

The cost-benefit Sunday Riley received through its marketing tactics was a win for the company and a loss optically for the FTC, he maintained. “Instead of a heavy deterrence, the toothless order may empower companies to use questionable tactics with little fear of enforcement.”

The settlement of the FTC’s charges contains both conduct and monetary provisions. First, it bans the Devumi defendants from selling or assisting others in selling social media influence to users of third-party social media platforms. The order also prohibits the defendants from making misrepresentations, or assisting others in doing so, about the social media influence of any person or entity, or in any review or endorsement of any person, entity, product or service.

The settlement imposes a monetary judgment against German Calas Jr. of US$2.5 million, the amount that the FTC alleges he was paid by Devumi or its parent company. The order specifies that upon payment of $250,000, the remainder of the judgment will be suspended. If Calas later is found to have misrepresented his financial condition to the FTC, the entire judgment immediately will become due.

The settlement of the FTC’s allegations against Sunday Riley Skincare and Riley sets three conditions intended to ensure the respondents do not engage in similar conduct in the future. First, it prohibits the respondents, in connection with the sale of any product, from misrepresenting the status of any endorser or person reviewing the product. This includes misrepresentations that the endorser or reviewer is an independent or ordinary user of the product.

Second, it prohibits the respondents from making any representation about any consumer or other product endorsers without clearly and conspicuously disclosing any unexpected material connection between the endorser and any respondent or entity affiliated with the product. Such disclosures must be made in close proximity to the product review or endorsement.

Third, it requires the respondents to instruct their employees and agents about their responsibilities to include clear and conspicuous disclosures of their connections to the respondents’ products in any endorsements.

The commission vote approving the administrative complaint and proposed consent order in the Sunday Riley matter was 3-2.

The FTC settlements of these two cases will have little impact on the marketing practices of companies in the view of John Frigo, digital marketing lead at
MySupplementStore.Com.

“The FTC comes out every few years and does something like this to make an example of someone, and the industry cleans itself up a little bit. But the same stuff all continues, just a bit more under the radar,” Frigo told the E-Commerce Times. “Nobody thinks they are going to get caught.”

For example, in 2015 the FTC made a big deal about suing Fiverr sellers for selling fake reviews and followers, but the same stuff all still goes on, he noted.

The punishments in these settlements will not derail the use of fake social media metrics, Sideqik’s Lewcyk said, but a penalty standard would deter certain users and corporations from engaging in this type of behavior.

“It is much harder to regulate the activity of smaller parties where much of the damage can be done. Although human behavior might not change, the platform can make adjustments,” she pointed out.

For example, Instagram needs to implement more regulations to prevent this type of behavior from existing on the platform, she suggested.

The penalties are severe enough to make anyone think twice about false advertising or fake reviews online, according to Fakespot’s Gross. The cost of defending yourself from an FTC action alone is severe — let alone the penalties and fines that follow if you are guilty.

Customers increasingly are demanding transparency and authenticity from the brands they interact with — how companies label their products, interact on social media or process reviews. Customers need to know that they can trust a company to be upfront and honest, said Kevin Lee, trust and safety architect at
Sift.

“It is said trust is earned slowly, but lost all at once. When brands violate the trust of their customers, those customers shift their loyalty to a different brand, making it nearly impossible to earn it back,” he told the E-Commerce Times.

This has an impact not only on the reputation of the brand, but also on the company’s bottom line, as customers take their business and wallets elsewhere.

“At the end of the day, customer trust is not simply a nice-to-have,” Lee said. “It is a must-have in today’s customer-centric market.”