Get Ready for the New E-Commerce Normal | E-Commerce 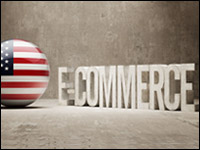 Retailers around the world are adjusting their business models in the face of COVID-19 social distancing requirements. Two consumer reports on shopping pattern changes during the pandemic offer two main findings: a) It is crucial for merchants to create ways to connect with new and long-term customers; and b) Consumers can not fully solve the empty shelf problem through buying online.

Consumers worldwide continued to purchase nonessential items in March, such as clothing, according to a
CGS report on purchasing trends released last week.

In response to growing delivery delays, consumers were willing to adjust their service expectations, as long as companies communicated disruptions and rewarded their loyalty, according to the survey results.

“While so much of the retail and wholesale industry has been upended, consumers are continuing to purchase clothing for their everyday lives,” said Paul Magel, president of the business applications and technology outsourcing division at CGS. “The survey confirms that the abrupt change to work from home and social distancing requires a different type of wardrobe — less spending on luxury items and accessories.”

The month-by-month consumer activity report shows significant increases in shopping occurred when social distancing and shelter-in-place advisories started to become widely adopted. In addition, the top 10 days with the most orders on Bazaarvoice’s network this year were in March.

Order counts began to surge on March 11. That was the same day the World Health Organization declared COVID-19 a global pandemic and the U.S.-Europe travel ban was announced.

In the Bazaarvoice survey, which queried more than 3,000 members of the
Influenster community, 41 percent of respondents said they were shopping online for things they normally would have shopped for in a store, said Suzin Wold, senior vice president of marketing at
Bazaarvoice.

“This is especially apparent in verticals such as grocery. Our network of over 6,200 brand and retailer websites saw an 85 percent year-over-year increase in online orders in March,” she told the E-Commerce Times.

With most of the world moving to a work-at-home environment, consumer demand reflected in the latest survey probably will become the new normal even when the pandemic recedes, suggested CGS’ Magel.

“I do feel that coming out of stay-home orders and social distancing regulations — while the spike will level off — the overall demand for more casual business attire will continue to rise as both companies and employees come to the realization that today’s technology allows for work from home to be a bigger part a company’s standard operating procedures,” he told the E-Commerce Times.

Even when employees return to the office, he predicts they will adopt more casual and relaxed work attire. Although Americans are extremely focused on the health and safety of their loved ones, they still are finding ways to treat themselves and others, the survey results suggest. One example is by making updates to their closet.

Almost half (49 percent) of the consumers polled were purchasing everyday clothing. That percentage increased to almost 60 percent of respondents who had full-time employment.

In response to COVID-19, an unprecedented number of shoppers have made purchases online for the first time. As consumers experience seamless and convenient online shopping, many likely will maintain those new habits in a post-pandemic world, Bazaarvoice’s Wold suggested.

“The large shift of shoppers to online shopping will also accelerate innovation in e-commerce across a variety of industries. These necessary advancements will benefit brands, and their shoppers, going forward,” she predicted.

On the other hand, some of the survey respondents said that once they could return to physical locations, they would appreciate the in-store experience even more than they did before. One individual mentioned the excitement of going back to favorite stores, restaurants, and other businesses to make human connections and share experiences, said Wold.

While 43 percent of respondents said that once the crisis is over they will return to shopping the way they did before, 41 percent said that it was too soon to tell, she added.

Online Shopping to the Rescue

Of the 1,000 consumers CGS surveyed, 46 percent were employed full-time, and another 17 percent were retired. Access to a stable income likely factored into purchasing habits, but age also played a major role, according to the survey analysis.

Consumers shopped online both to obtain items not readily available in physical stores and to avoid having to go to physical stores for both convenience and safety reasons, noted Magel.

“But the majority of the rise in online purchases for nonessentials is the result of it being the only channel available to them,” he said. “This includes making updates to their closet. I do see the spike in e-commerce being just that — a spike.”

However, an acceleration of the growth of e-commerce across all product categories is expected, he added. Grocery shopping will be a very big beneficiary of that growth, as people become more comfortable with the online/delivery model.

The Bazaarvoice survey concurred with CGS’s findings about consumers shopping online because of both convenience and necessity. Almost one-third (31 percent) of the Bazaarvoice survey’s respondents said their shopping behavior changed when their government established strict guidelines about staying at home.

The Bazaarvoice Network tracks worldwide shopping and sales patterns on a weekly basis. The ongoing report reveals how the pandemic is influencing consumers and impacting shopping behaviors, and it is identifying patterns as trends emerge.

Among the key takeaways leading into the worldwide shutdown the pandemic caused in March 2020:

CGS commissioned
Dynata to survey 1,000 consumers across the U.S. about their current spending for nonessential items. For the purposes of the survey, nonessential purchases were items other than food, medicine and hygiene products.

A combination of production delays and reduced staff kept many companies from maintaining the level of service they offered earlier in the year.

More than one-third of the responding consumers said they experienced shipping delays but received adequate notice from the merchants. Another 28 percent reported experiencing no delays.

If companies were proactive about remedying delays and making customers aware of longer fulfillment timelines, consumers were less likely to feel any significant service disruptions, according to the report.

Many businesses are using rewards and loyalty perks as a way to maintain their customer base with growing success.

More than 90 percent of consumers said free shipping and product discounts/promotions would win them over, according to CGS. For small and local retailers, it was even more crucial to maintain their in-store customer base.

Sixty-nine percent of consumers utilized Amazon and other marketplace websites for their nonessential purchases. Another 13 percent shopped at department store websites, with less than 10 percent going directly to a brand’s website or a local store.

Rewarding customers through promotions, membership benefits and individual perks is a way of maintaining business through these difficult times and beyond, noted CGS.

There are indications that inventories to meet online consumer buying are starting to keep up with consumer demand, based on the CGS survey. Thirty-one percent of consumers were disappointed with retailers because products were unavailable.

Fifty-eight percent of the Bazaarvoice survey respondents said they experienced product shortages at stores. Forty-four percent felt they had access both to essential and nonessential supplies, but that getting them was tricky. Only 24 percent said they were able to get everything they needed quite easily, according to Wold.

The shortages stemmed in large part from the supply chain crisis that started in China’s manufacturing base, noted Magel. Another factor is that e-commerce platforms began allocating more warehouse space to essentials to meet the growing demand during the pandemic.

“We are starting to see retailers look to the inventory currently stuck in their closed retail stores as a source for e-commerce fulfillment,” he said.

Exactly when or how the current crisis state will end remains unknown. What is certain is that we will not return to pre-crisis norms, according to Magel. A “new normal” will emerge, embracing e-commerce across all product categories and all consumer demographics.

“Retailers that had not embraced an e-commerce channel as a material source of their revenue are now looking at that as a model moving forward,” he added.

The biggest surprise in the latest research was not the 21 percent increase in online orders in March. It was seeing order increases across almost all categories in the network, said Wold.

Consumers increasingly have been turning to online shopping for groceries, many for the first time. Food, beverages and tobacco orders increased 85 percent, the Bazaarvoice survey found.

The only verticals with decreases in orders were apparel and accessories (-4 percent), as consumers mostly are staying at home; religious and ceremonial (-32 percent), due to large gatherings being canceled globally; and luggage and bags (-39 percent), as airline travel has all but ceased.

The survey results exposed a few significant or potentially problematic issues if the trends continue. For Wold, the most significant findings from her company’s data is the increase in the grocery vertical.

Food, beverages and tobacco saw an 85 percent increase in orders on the Bazaarvoice Network in March. Groceries were the No. 1 category that survey takers said they were buying more of right now, garnering 76 percent of responses.

“This is an industry that had slower adoption of e-commerce before the pandemic began, and now it has been forced to the forefront,” Wold pointed out.

It will be interesting to see which brands can be successful, she continued, as well as which could not innovate quickly enough, and how consumer behavior will change again (or not) in post-pandemic times.