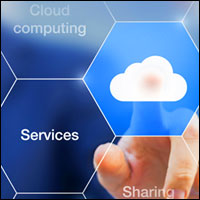 Google Cloud has expanded its strategic partnership with VMware to push further into hybrid clouds.

The two companies on Tuesday announced Google Cloud VMware Solution by CloudSimple, a service that lets organizations run VMware workloads in Google Cloud Platform on premises, in a hybrid architecture, or in the cloud.

“Hybrid clouds are key, with only 17-19 percent of workloads in the cloud,” noted Ray Wang, principal analyst at Constellation Research.

The multi-cloud approach is “hot, because of the need to put storage in one place, tools in another, and artificial intelligence and machine learning still somewhere else to optimize compute time and cost while avoiding vendor lock-in,” he told the E-Commerce Times.

CloudSimple is responsible for the design, development and operation of the Google Cloud VMware Solution, said Ken Drachnik, the company’s VP of marketing.

The solution builds on integrations with VMware NSX Service Mesh and SD-WAN, as well as Google Cloud’s Anthos multi-cloud solution.

It will let customers migrate VMware workloads to a VMware SDDC running in GCP. Users will have full native access to the VMware stack.

Customers will be able to manage Google Cloud resources from within their VMware vRealize Automation environments.

The solution will be available on the Google Cloud Marketplace later this year, he said.

The cloud infrastructure services market grew by 39 percent in Q2 over the previous quarter, Synergy Research Group found. That exceeded US$1.6 billion in dollar terms.

Amazon’s growth kept pace, and the company retained its 33 percent share of the worldwide market.

Microsoft, Google, Alibaba and Tencent continued to outpace the market and grow their market share, Synergy said, but Amazon is larger than all of those combined.

Microsoft has been growing fast, noted John Dinsdale, chief analyst at Synergy. “In early 2016, Microsoft was less than a quarter the size of Amazon in this market, while today it is getting close to being half the size.”

Google, with 8 percent of the market in Q2, was half the size of Microsoft.

“VMware is Switzerland,” Constellation’s Wang observed, “They work with everyone.”

VMware’s partnerships with Microsoft, Google and Amazon are not identical.

However, “our partnerships with Google Cloud and Microsoft have always been about addressing customers’ needs,” a VMware spokesperson said in comments provided to the E-Commerce Times by company rep Roger Fortier.

“Azure VMware Solutions and Google Cloud VMware Solutions are options from which customers can choose to meet their application needs,” the spokesperson added. “VMware Cloud on AWS  is a jointly engineered service by VMware and AWS that is sold, delivered, operated and supported by VMware.”

Azure VMware Solutions is a service delivered, operated and supported by Virtustream and CloudSimple that “uses off-the-shelf Cloud Foundation software from VMware,” the VMware spokesperson said. “The main difference between Azure and Google is Azure has one additional partner — Virtustream — in its solution.”

VMware does not expect the Google Cloud VMware Solution to have any impact on its relationship with Dell, the company’s spokesperson said.

“In partnership with VMware, we are committed to making Google Cloud the best place to run VMware workloads,” he said when announcing the Google Cloud VMware Solution. “We are committed to working closely with our partners to deliver the solutions and products customers need to solve business issues and innovate in new areas.”

Google Cloud has acquired two companies related to cloud competing so far this year, Alooma and Looker, and it will purchase a third, Elastifile, the company announced earlier this month.

Google Cloud suffers from “not having a good go-to-market team from sales to marketing,” remarked Constellation’s Wang, which he blamed partly on the company’s culture and partly on its team-building efforts.

“This has changed since Thomas arrived,” he said. “One big shift is the fact they are learning how to be a solutions-oriented company versus a tech- and engineering-oriented entity. Google finally has the right team in place.”

The team includes another recent arrival, President of Customer Operations Rob Ensile, “who will transform how they sell,” Wang said.

VMware Plays With Everyone

Expansion of VMware’s partnership with Google through the CloudSimple Solution “is a great play by VMware as it will let clients choose their preferred cloud vendor of choice when they are deploying the VMware solution,” noted David Chou, principal analyst at Constellation Research.

“CIOs will now have the flexibility to change cloud partnerships to avoid vendor lock-in,” he told the E-Commerce Times, which “is a tremendous advantage that puts the CIO in the driver’s seat.”