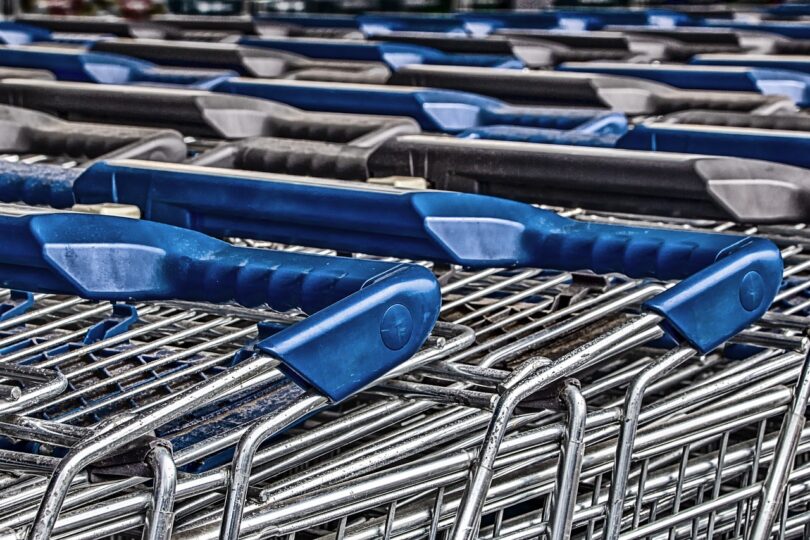 Summary:
A look at the technology, benefits, linkage to 5G and prospects for the proliferation of ‘grab-and-go’ retail outlets in the coming year.

Whether it’s vehicles, drones or manufacturing systems, the path to fully autonomous systems is full of obstacles that are often underestimated at the outset.

Despite tremendous rates of technological progress in computational hardware, sensors-cameras and AI software, today’s products still fall far short of promises made by early evangelists. Although his firing wasn’t because of these absurdly optimistic comments about autonomous vehicles, former Ford CEO Mark Fields should certainly have been called to account for his  hyperbolic statement in the summer of 2016 saying that Ford would mass-produce and sell driverless cars by 2021, adding (emphasis added):

I’ll take “things that sound crazy for $500, Alex.” Of course, Fields was in good company, with Elon Musk calling autonomous driving a “solved problem” in early 2015. Once again, we see that significant change always takes longer than anyone thinks and proving Edison right when he quipped that success is 10% inspiration and 90% perspiration. When it comes to autonomous systems, we’re perspiring amid that 90% hard slog.

Autonomous, grab-and-go retail stores face a similar, albeit more limited set of technological and cultural challenges as those bedeviling AV enthusiasts. When Amazon introduced autonomous retailing to the general public with its Go concept store in 2018, it didn’t promise a deployment timeline or make bold proclamations about the death of traditional stores. Nevertheless, it was evident to many that it wouldn’t take long for such formats to proliferate since consumers were primed by mobile shopping and contactless payments. The technology was ripe and cashier-less outlets satisfied a need. Indeed, grab-and-go stores are a perfect fit for high-traffic convenience stores, gas stations, airport kiosks and other locations where shoppers valued time and convenience above all else.

Amazon understandably got most of the press, but as I mentioned in an earlier column, several other companies are developing autonomous retail products and one, AiFi, might leapfrog Amazon as the first to be widely available and just received a symbolic and financially significant investment from Qualcomm that will accelerate its progress.

From concept and trials to deployments and refinement

2020 is a year when societal tumult has accelerated many business and personal changes, feeding the demand for contactless, ‘socially distanced’ shopping, but 2021 will be the year autonomous retail sees mass deployments. While the foundation of autonomous retail has been built over the past several years, there are now signs that retailers are ready to experiment with the technology and various store concepts. For example, early this year, Amazon announced its expansion of the Go platform to large-format stores and licensing the technology to other retailers.

AiFi has inked similar licensing agreements on what appears to be (since Amazon is characteristically silent on the detail) a much larger scale. The company is automating hundreds of new and retrofitted stores in every region and says its customers plan to open 330 outlets next year, including at five of the top-ten U.S. grocers. Since Amazon (Whole Foods at number 10) and Walmart (number 1) are each likely to use home-grown technology, that leaves five out of the remaining eight at AiFI clients. It also implies that 70 percent of the largest grocery retailers plan to open autonomous, grab-and-go locations over the 14 months.

According to AiFi’s co-founder and CEO Steve Gu, aside from the U.S. there is also strong interest in the company’s products in Europe, East Asia and Australia. While most retailers aren’t yet willing to go public with their plans, he said the company already has operational stores with Carrefour in continental Europe, Zabka convenience stores in Poland, along with several locations in Shanghai. Gu says interest is particularly strong in Europe because laws in some countries that restrict the days and hours stores can be open. Autonomous stores can circumvent blue laws by enabling 24×7 self-service locations without any staff, a strategy many gas European gas stations employed decades ago.

Looking inside the product

Most of the initial installations are retrofits to existing stores, however, AiFi offers two products:

Much like an autonomous vehicle, OASIS works by using video data with deep learning algorithms to identify people, their pose and hand positions in 3D. According to Gu, the calculated 3D location data is extremely precise and is used to identify items picked from store shelves based on an inventory map. Items are verified using image identification software that distinguishes, say a can of Coca Cola from a can of Heineken. Unlike traditional self-checkout lanes based on UPC scans and product weight, Gu says that AiFi works entirely from image data and doesn’t require (but can use) weight sensors.

The following images from a CMU research paper sponsored by AiFi illustrate the 3D pose calculation and item identification.

Qualcomm partnership and the 5G opportunity

Qualcomm’s interest in autonomous retail might seem odd until, as Gu points out, some locations don’t have network links and many that do limp by with slow, unreliable connections that are entirely inadequate for data-intensive AI software that might rely in part on cloud services. While AiFi’s product runs on GPU-equipped servers, these are a sizable investment for every store in a large fleet.

Gu says that having a high-performance network enables a hub-and-spoke architecture in which one server (or small cluster) can serve all the locations within close proximity. He also sees 5G is facilitating the growth and placement of nanostores using a similar shared edge infrastructure design. According to Carlos Kokron, the Managing Director and VP of Qualcomm Ventures, “We were very impressed with AiFi’s innovative edge-computing solutions and look forward to their technology helping accelerate the deployment of 5G.”

The pandemic significantly increased rates of online commerce as people avoided crowded stores, however, physical retailing is ripe for a similar degree of technological disruption as people prefer contactless convenience for most routine shopping visits. While barcode-based self-scan checkout lanes have been available for decades, they still require in-store personnel for manual overrides, problem resolution and theft monitoring.

Self-checkout systems are also incredibly inaccurate and prone to fraud. For example, a paper analyzing the loss rates of self-checkout scanners found that 20% of the transactions with baskets of 18 items are likely to have errors, a rate that increases significantly with basket size. Furthermore, surveys find that many shoppers defraud the systems by under scanning or item swapping. Autonomous retail systems, which already achieve greater than 90% accuracy, solve the problems with traditional scanners while making much smaller and temporary retail locations feasible.