Home / Retail Omni-Channel / H&M reaches for a digital acceleration comfort blanket, but lack of earlier omni-channel progress has cost it dear during the COVID crisis

H&M reaches for a digital acceleration comfort blanket, but lack of earlier omni-channel progress has cost it dear during the COVID crisis 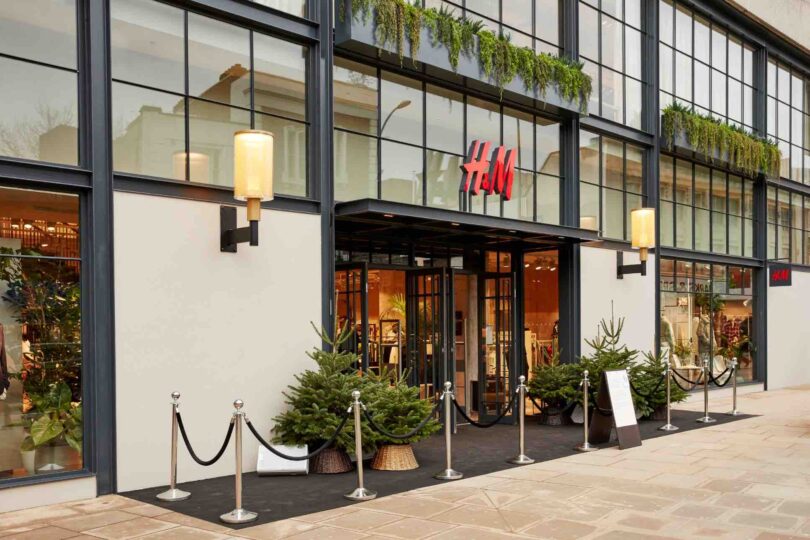 H&M reaches for a digital acceleration comfort blanket, but lack of earlier omni-channel progress has cost it dear during the COVID crisis
Stuart Lauchlan
Tue, 06/30/2020 – 02:13

Summary:
H&M was always a likely candidate to take a hefty blow from the COVID-19 crisis. Is it too late now to declare digital acceleration to be the order of the day? 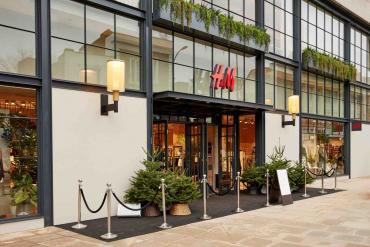 There were some retail outlets that just weren’t going to have their omni-channel defences in place to mitigate the impact of the COVID-19 crisis – and the world’s second-largest fashion retailer H&M was always likely to be chief amongst them. There was already enough evidence of that back in April when the firm announced a 46% plummet in sales in March alone.

For its second quarter to the end of May, the firm turned in a loss of SEK 6.5 billion ($695 million) on sales down a hefty 50% year-on-year to SEK 28.66 billion. The only crumb of comfort came from a 36% year-on-year growth rate for e-commerce, albeit from a low starting point. But it’s enough to lead to the by-now traditional crisis response from management as CEO Helena Helmersson declares:

During the pandemic, it has become clear how important the interaction is between digital and physical channels to meet customers’ needs. When the majority of our stores were temporarily closed, we focused on redirecting product flow to our digital channels, which have remained open all the time in nearly all our online markets. Online sales increased strongly during that period and have continued to develop very well since we began re-opening the stores.

We can already see that the pandemic has caused changes in customer behavior that will accelerate the digitalization of our industry. To meet this future, we will continue adapting the organization and improve our ways of working to become more flexible, fast and efficient. As we are accelerating our digital development, we continue optimizing the store portfolio and integrating the channels.

It is inevitably not the best timing to get a topped-up dose of (pretty basic) omni-channel religion, but Helmersson insists that the retailer is responding to genuine shifts in consumer patterns here:

When we look at customer behavior, we do see that we have increased the customer base online. Many of our customers that have been store customers are now multi-channel customers, which, of course, is encouraging. Now, when opening up, we do see that we gradually, of course, improved the sales, and it’s a little bit better actually than we thought in our scenarios and still the digital channels are going really well. So going forward, of course, it’s all about [how] to meet the customer wherever they choose to go.

So it’s very much about the flexibility – where we do believe that digitalization is being accelerated and more customers will choose to meet us in those channels? What’s important when talking about online and physical stores is, of course, the integration between channels and this is where we focus our attention and accelerate the transformation then going forward.

For most of the past few months, around 80% of H&M’s physical stores have been shuttered as part of lockdowns – and the dismal results set the scene for another tranche of branch closures in the near future. But the stores do remain important, insists Helmersson.

Since the end of April and early May, stores have gradually been re-opening as restrictions have been eased. To date, consumer confidence has been subdued to start with, but is picking up pace, albeit at different rates according to different markets. With 350 stores around the world still closed while others have opened up, there’s a need for agility of response, says Helmersson, with the US being one of the most “challenging” markets:

It’s really hard to predict what will come. We see some major markets that we focus on now [about] to open stores, hopefully, but there are also restrictions when we open stores, due to the safety for staff and also for our customers, with a bit of limited opening hours. So for how long that will hold, this is really, really hard to predict. We really just try to be flexible and welcome the customers and staff back as per authorities and recommendations and try to meet the customers wherever they want…It’s hard to predict when this will change, but, of course, we’re hoping for re-opening real soon with the necessary safety measures.

In the meantime, attention is settling on digital transformation within the physical stores themselves in pursuit of the elusive unified customer experience, with projects such as click-and-collect – sadly still a novelty at H&M – and returning online purchases in store getting much-needed attention. So too is H&M’s long overdue adoption of RFID tech, which was underway when the pandemic struck. As I noted back in early 2018:

The fact that H&M is pitching RFID as an innovation for its stores in 2018 is laughable and indicative of the mess the firm is in.

Two years later, it’s now in place in 20 markets and the rollout will continue as soon as possible. That is at least, some kind of progress, but overall, the wider situation for H&M remains highly unpredictable. Helmersson concedes:

We have to be really humble for what’s coming the next coming weeks and months because it’s still very unpredictable and it’s varying so much from market-to-market.

H&M was playing a laggardly game of digital catch-up even before the current crisis. Needless to say, nothing has got any better in the past few months. Proclaiming that the pandemic has accelerated the shift to digital has become a retail sector cliche very quickly, but there are plenty of examples where there is validity to the claim. H&M’s declaration of making digital more a priority is politically correct in terms of industry vernacular; whether it’s deliverable in practice is quite another matter. I said back in April:

Much as I’d like to buy into Helmersson’s belief that out of this current nightmare will come a faster move towards digital retail across the board, sadly I find it about as credible as the Swedish lack of a lockdown.

My view has not altered in the intervening months on either count.