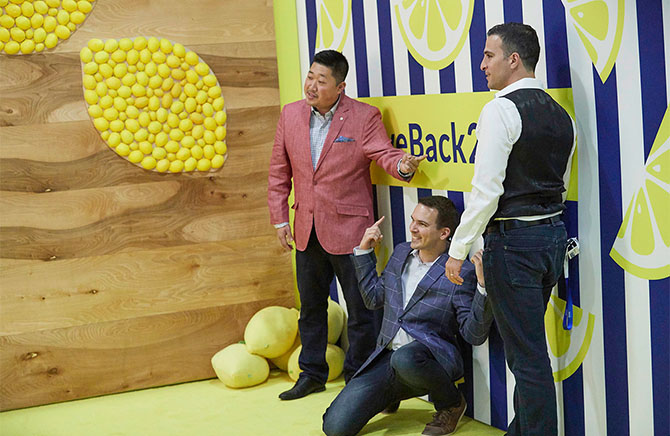 At SuiteWorld18, NetSuite supported Alexâ€™s Lemonade Stand Foundation with a successful social media campaign to fight against childhood cancer, resulting in a $50,000 donation.

Originally, NetSuite pledged to donate $10,000 if attendees reached 3,000 social media shares with the hashtag #GiveBack2Alex. During the conference, NetSuite executives decided to increase the donation to a whopping $50,000. Attendees successfully reached the goal and the campaign was a tremendous success.

But the fight against childhood cancer doesnâ€™t stop there. Throughout the year, NetSuite will continue to support the Foundation at a series of events. Additionally, NetSuite has created a fundraiser page on the Foundationâ€™s website for people to make donations.

I visited @AlexLemonade booth – inspired me too purchase â€œalex and the amazing lemonade standâ€� book for my daughter. I hope to read this book to my daughters 1st grade class. #GiveBack2Alex
#suiteworld18
pic.twitter.com/bA3AmsauFU

In 2000, just after she turned four years old and while receiving treatment for neuroblastoma, a childhood form of cancer, Alexandra Scott told her mother she wanted to set up a lemonade stand when she left the hospital to benefit the doctors who â€œhelp little kids, like they helped me.â€� Later that year, she and her family opened the first lemonade stand in what would become an annual tradition and raised $2,000.

Subsequent sales were even more successful and as news spread, including appearances on the Oprah Winfrey and Today shows, people from all over the world began setting up their own stands and events to send proceeds to Alex.

When Alex finally succumbed to cancer in 2004 at the age of eight, she helped raise more than $1 million to fight childhood cancer. Her family formed the Foundation to carry on Alexâ€™s fight. To date, it has raised more than $150 million.

Jim McGeever discussing the Alexâ€™s Lemonade Stand activation at #SuiteWorld18. Share and theyâ€™ll donate to an amazing cause. #giveback2alex
pic.twitter.com/Wcfhl35LMn

Recognizing the need for a new approach

Those grass roots lemonade stands with families and schools conducting fundraisers across the globe remains a large source of revenue for the organization, with a goal of $25 million for the year.

Yet, even as the Foundation saw growth of 10 percent per year, leadership recognized they needed new approaches to not only fundraising, but also how they distributed grants.

Since then, the Foundation has diversified. It hosts events like the Lemon Climb Houston where nearly 700 participants collected donations and climbed Chase Tower, culiary events in cities across the U.S., an annual ball with appearances by children sharing their stories about battling cancer, a telethon in Philadelphia and more.

Taking on a wider mission

The way the Foundation disperses its funds has evolved as well. Since 2005, the Foundation has funded more than 800 research projects at 135 hospitals, with a dedicated Scientific Review Board and Nursing Review Board. And since 2008, it has also been providing support for families that are forced to travel get cancer treatments.

Beyond expanding and diversifying its fundraising efforts, the Foundation has expanded into research. Last year, when the Foundation sought to fund a project around Big Data, the organization was dismayed to discover it couldnâ€™t find one. Large scale sets of data on childhood cancer that has been harmonized and accessible were extremely difficult to find.

As a result, the Foundation created the Childhood Cancer Data Lab. It has built out a team of data scientists, engineers and designers to create an informatics lab using publicly available sources to make cancer data and analysis widely available, easily mineable and broadly reusable.

Amidst growth, the Foundation realized it needed a new system to manage operations and chose NetSuite this year partly because of its specific functionality to report on administrative costs for nonprofits.

the Foundation takes pride in keeping administration costs low to make sure donorsâ€™ money is going towards the mission. For the Foundation, NetSuite will increase efficiencies by replacing cumbersome, manual work with automated processes.

Signed up to Twitter at #SuiteWorld18 for a good cause: Alex’s Lemonade Stand. Please donate and help defeat childhood cancer. #GiveBack2Alex