How Ashley Stewart is changing retail with customer loyalty, omni-channel data, and AgilOne 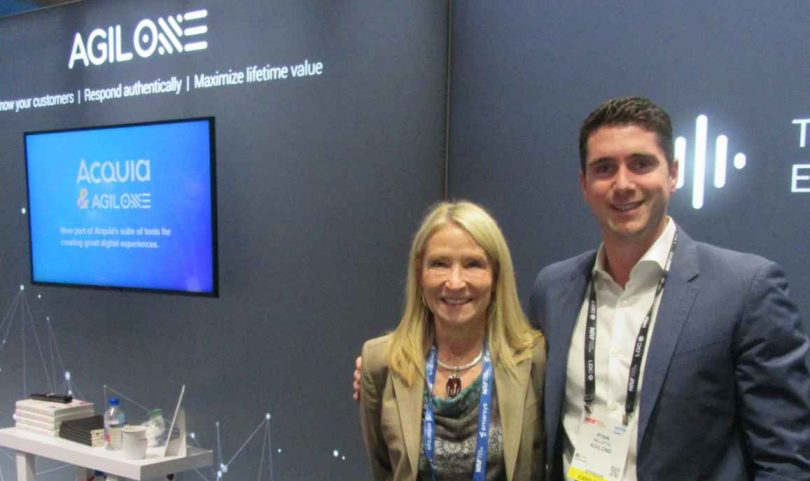 Summary:
How do you win in retail? There’s no easy or boilerplate answers. But this standout use case from Ashley Stewart checks all my boxes – here’s why.

NRF is one of the best shows of the entire year, but it causes me a content problem: too many great stories, not enough time.

One story I refuse to lose in my hard drive is the story of Ashley Stewart’s retail transformation.

An overriding lesson of NRF 2020 is: you sure as heck can compete with the Amazons and Walmarts, but you better have a memorable niche. Your storefront strategy better make sense. And you better know that you’re in the data business now.

Fashion retailer Ashley Stewart, a plus size women’s clothing and lifestyle brand, checks all those boxes. But how have they managed it?

Now, I’m not anything resembling a women’s fashion expert. But even a fashion dolt like me can take one look at Ashley Stewart’s home page and see they are doing things differently. Two words that come to mind are: natural and confident. Julie Daly, Ashley Stewart’s VP Digital Commerce, told me that approach has paid off, to the tune of 89 stores in 22 states.

I assumed that Ashley Stewart’s customers were high on brand affinity – you get that vibe from their site. But from what Daly told me, “brand affinity” doesn’t begin to capture it:

The customer in our stores – she is so dedicated to the brand that we’ve had stores, like in Nashville, when we closed that store, they picketed the mall because they thought the mall had kicked us out.

Customers picketing a store closure on your behalf? Not many retailers can say that. So why do customers get so attached to Ashley Stewart stores? Daly:

Our store managers know these people. They go to hospitals to visit them. They bring food in. It’s really more of a nurturing of a neighborhood environment in our stores.

I told Daly I get a similar feel from the web site. The models don’t seem posed; they seem comfortable. Daly:

I run the studio, so I would be freaking out if they were pinning them. I’d go in there and go, “Don’t pin them.” It’s having the right fit and understanding the woman’s body. Our customer also, by the way, she’s not looking for body covering… She wants to look good. She knows her assets.

To me, that’s a big clue to the customer loyalty. This isn’t about larger-size clothing. This is about looking and feeling good:

We buy our fashions to meet that. Even on my website, I have a new site merchandiser, and she started doing this like, “Oh, we’ll do this best fit, to cover…” and I’m like, “No. This is about: go out there. You’ve got it, you look good. Flaunt it.”

Put customer loyalty in Ashley Stewart’s win column. But to win in today’s retail game, you need even more than that. How has Daly’s team kept pace with retail change?

Well, you face the change. Fashion is always changing. You’re worried about spend. However, so many of our competitors have gone out of business that now it’s like, “Okay, I’m doing much better, because I can now acquire those customers.”

Daly sees plenty to build on:

My perception is my website is frequently a little too commercial. I know I have to sell, but I tried to work out so that the brand voice comes out better in social. And then with social, we feed the offline purchases, [with help from] AgilOne. We feed audiences. We get lead gen from them to feed into our email pool, and then we try to blend it all together.

That’s a lot to take on. But it translates to this: how can Ashley Stewart make the online experience as compelling as the store? And how can there be greater continuity between the two? Yep, that’s where a Customer Data Platform (CDP) and AgilOne comes in. Ryan Willette, VP, Global Account Management at Acquia, has seen a lot of customers push through these issues (AgilOne was acquired by Acquia in December of 2019). He added:

I think what Ashley Stewart does really well is they understand their customers; they understand the customers in-store. That was their traditional way of transacting, and they’ve really done a good job of using the AgilOne and the CDP to understand the distinct groups of customers, what they like to buy, how they like to buy, and creating the right experience on social, or the types of emails they’re getting, the cadence they’re getting them, knowing where their local store is.

So they’re trying to use the data and digital to create as similar of an experience as they can get in-store.

Willette says that community mission starts at the top:

Growing the digital channel to 50 percent of revenues

So how did AgilOne enter the picture? Daly told me their prior solution was impenetrable when it came to pulling out customer data. In today’s retail market, that’s not viable:

We just have to get a hold on the customer, and who she is, and all of the data points. And it can’t just be somewhere out there that you can’t access.

They kicked tires, and made their choice:

We went to a number of people, and we chose AgilOne. We’ve done several renewals since then, as they’ve gotten better and better.

This point sticks with me because so often, we idealize products. Whereas I find, especially with cloud software, that the improvement over time, in close feedback loops with customers, is what makes the difference. That was the case for Daly:

I liked the ease of usage. I liked how easy it is to grab the list, how concise your data is. Originally on the old AgilOne platform, I didn’t like the time it took to do that. They fixed that by moving to this new version six. And they recognize that it was a shortfall. Their new platform just said, “Okay, here’s an easier way to get it. Here’s a faster way to get it, and you don’t have these latencies that we had.”

If this sounds like an omni-channel work in progress, well, that’s the retail game now. But Daly has already achieved considerable success building the Ashley Stewart digital channel.

When Daly joined Ashley Stewart in 2014, the company was coming off its second bankruptcy. RheeÂ  seized the chance for a real logistical reboot. (Rhee’s story in his own words is compelling). As Daly told me:

So I came to a new company with a fresh plate, and a fresh concept of what do we do and how do we do it. James spent the first 18 months before that really building out new algorithms for inventory management, product flow, things that the company had not had in the past, and really getting it to a place that was good to manage and make money.

When Daly joined, the percentage of Ashley Stewart’s retail revenue was three percent. It’s fifty percent of the revenue now. How did Daly pull it off? It comes down to knowing her customers – and their phones.

This is how you have to think. You have to think on a phone. I mean, right now mobile is seventy percent of my e-commerce revenue. Revenue, not just traffic, revenue. When I came, it was nothing; people wouldn’t even think about the mobile phone.

The wrap – a single view of the customer matters

With a strong brand and strong digital sales, what’s needed? A single view of the customer. Daly wants to expand stores to new customers, and serve customers across stores and channels. Willette summed this journey up well:

Before AgilOne, they had no single view of the customer. I mean, the store associates knew their customers, which is great for when they come into store, and they can provide that relevant experience. But, they had no idea what someone’s value was. Did they shop in multiple stores, for example. Did they have customers who shopped in a store that now doesn’t exist, and maybe could shop online?

That brings fresh challenges for Daly’s team. In 2020, they’ll be working on personalized store promotions, designed to incent folks back in. But the big project is changing the Point of Sale systems in all their stores:Â

Retail brings curve balls. Obviously there are new economic uncertainties we’re all coping with in 2020. But this is the type of story that prompted my “revenge of the storefront” theme for NRF 2020. Let’s see where it leads.

Image credit – Photo of Julie Daly of Ashley Stewart and Ryan Willette of AgilOne at NRF 2020 by Jon Reed.

Disclosure – NRF provided me with a press pass to attend NRF 2020.