How Kroger is learning e-commerce lessons from Ocado with some big expectations to deliver on
Stuart Lauchlan
Fri, 09/20/2019 – 03:30

Summary:
Kroger’s tie-up with Ocado has some big ambitions to meet in an increasingly competitive US online retail sector. 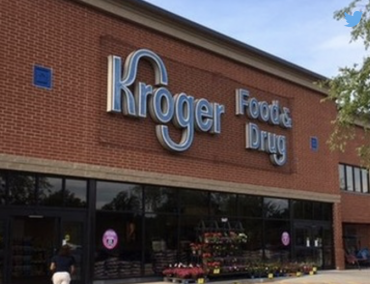 As online grocery shopping and delivery becomes an increasingly important differentiator in the US, the countryâ€™s largest supermarket chain Kroger has been updating on the progress of its tie-up with UK-based Ocado, an alliance that it hopes will provide it with an advantage over the likes of Walmart.

Kroger was named as client win for Ocado in May last year. The intention is to open 20 automated warehouses – which Ocado calls Customer Fulfilment Centers (CFC) and Kroger calls â€œshedsâ€� – over the next three years. Five locations have been identified to date, the latest being Fort Worth in Texas, while construction work has officially begun in Monroe, Ohio and Groveland, Florida.

For Kroger CEO Rodney McMullen, the breaking of ground on the â€˜shedsâ€™ isâ€¦well, groundbreaking in terms of the firmâ€™s competitive ambitions to go from being â€œa grocery company to a growth companyâ€�. He says:

What’s so exciting about Ocado is that their model to deliver to customers is significantly less costly than our existing model. Not only will sheds accelerate our ability to provide customers with a seamless experience, they will also help us to do it in a much more cost effective way. We know Ocado’s value is not just its current capabilities, but also in how quickly the company is able to innovate to serve a rapidly developing online consumer market. Ocado’s technology team of over 1,400 software engineers brings a huge depth of talent and a long track record of innovation to growing opportunities in online grocery retail.

In the fast moving online grocery sector, with Amazon now in play as well, time is of the essence here, not only in terms of how quickly Kroger can get goods to the customer, but how soon it can get national coverage for both in-store pick-up and home delivery.Â US online grocery sales are currently growing at around 15% year-on-year, according to data from retail advisory firm Brick Meets Click, and now account for 6.3% of total grocery spend.

A second studyÂ  – Grocery Survey 2019 from offers.com – reckons that around 20% of US consumers have tried a pick-up service while 23% have used a delivery option. Walmart dominates the pick-up market – 39% of the 2000 shoppers polled – while Amazon leads the pack with 30% when it comes to respondents whoâ€™ve used online delivery. (Walmart comes second on 20%).

Note the absence of any Kroger brands in all of that. Currently, Kroger can boasts 95% digital coverage for its existing customers. In other words, 95% of people who shop Kroger in a brick and mortar store can also shop online for pick-up or delivery. Pick-up is available in 1,780 locations while 2,225 offer online delivery.

Digital sales are currently growing at around 31%. As the Ocado CFCs open up, that should accelerate and coverage for both existing and new customers will spread. McMullen says:

Thereâ€™s also the question of how long itâ€™s going to take to see financial ROI on what it is a huge investment. McMullenâ€™s playing a long game here:

I would say we have an estimate on expectations on that and it would be different depending on whether it’s an existing market or a new market. If you look at our budget expectations in a new market, it would take longer for a ramp to profitability versus an existing market where you can move volume over on day one. The modeling that we’ve done is really using the experience Ocado has had in their ramp ups in England and adjusting it for traffic patterns in the US, locations of our stores, location of customers and labor rates and those types of things.

Obviously, until you get a facility open, you don’t know whether to follow those assumptions are correct. We would typically expect that facility to be somewhere year two to year three before it gets to profitability. Time will tell. But [thatâ€™s] the best of our estimates and best of the experience that Ocado has had. The other thing that we’re hoping is if you look at each facility Ocado has opened, it gets better on a ramp up than the prior one. And one of the nice things is that Ocado will open up a facility in Canada that we will be able to learn from as well, plus the learnings they’ve had.

Krogerâ€™s gambit with Ocado is a digital transformationÂ program that will be closely tracked over the next few years. Itâ€™s a big deal for both parties. For Kroger, itâ€™s potentially the competitive digital differentiator it needs in what is going to become an increasingly febrile omni-channel retail sector in the US. For Ocado, itâ€™s the firmâ€™s biggest third-party international deal to date and as such needs to be a proven success. That Ocadoâ€™s tech works isnâ€™t in question and as McMullen notes, tapping into the firmâ€™s experience of getting CFCs up and running – and not burning down! – is a savvy way to leapfrog the competition.

That said, thereâ€™s no way to exclude the possibility that Walmart, already dominating in the online order, pick-up in store area, wonâ€™t be able to expand its own delivery options. Last week the retailer announced plans to expand its Delivery Unlimited offering to a further 1400 stores. This involves a monthly subscription free of $12.95 for unlimited grocery deliveries. This had been piloted in 200 stores across four regional markets, but will now be rolled out nationally with the intention of being able to service 50% of the country by the end of the year.

And then thereâ€™s Amazonâ€¦

As weâ€™ve noted previously, the US online grocery industry is gearing up to become a major battlefront in the omni-channel retail world with high stakes all round. Meanwhile back in the UK, Ocadoâ€™s joint-venture with Marks & Spencer to provide an online delivery service for that retailer might be coming sooner than expected – and I for one couldnâ€™t be more excited!