How to Succeed With Micro-Influencer Marketing | Social Media Marketing 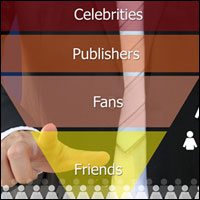 Influencer marketing continues to build steam, and more companies, large and small are getting involved. As powerful and as helpful as influencers can be, it’s important to realize that not every influencer is right for every company. Selection of the right influencers to work with your company and your brand is an important key to success.

Let’s face it — people don’t trust companies. If that’s the case, how do companies get closer to their customers? The answer is through branding. Over time, building the brand has become critical. It can create a warm and fuzzy aura around a company, bridging the gap and drawing customers closer.

One way for companies to build a brand customers can trust is through influencers. Today, the influencer’s role has expanded and matured. Influencer marketing started out with endorsements by celebrities or sports heroes — one influencer per company. That celebrity would become the company’s face and heart.

Today, the growing world of influencers has expanded this marketing approach. Today, companies large and small engage many influencers.

The reason is simple. As important as an influencer may be, each one addresses just a small slice of the pie. Micro-influencers often have a closer relationship with their followers. That means their endorsements often have a longer-lasting impact on their smaller group of followers.

Over the last few years, I have been playing in this area, and I have made many powerful influencer friends.

In fact, every post to my growing Twitter and LinkedIn accounts is shared and retweeted by many other successful and powerful influencers who reach millions more.

Partnering with other influencers is one of many great ways to expand your reach.

Determine the type influencer you are, or the type you want your company to be associated with. Which type will help you grow?

There are at least two different influencer groupings.

One is comprised of very successful influencers who are singularly focused on the influencer opportunity. Their business model says they are an influencer. They build their follower lists and market themselves to companies that want to reach their bases.

The second is a different group of very successful influencers. Their business model identifies them by their profession — analyst, accountant, doctor, lawyer, scientist, actor, and in fact every other profession.

Even though they come from different directions, both of these groups can be very successful and very powerful in the influencer marketing world. They can reach countless users businesses otherwise would not reach to spread their messaging. Companies that want to play in their world and be known by their followers simply hire them.

Influencer marketing has several different levels. At one end are celebrities who have an enormous list of followers — like Kim Kardashian, for example. This of this as the shotgun approach. While this can be attractive to many companies, it also can be very expensive, and relationships in these large groups can only go so deep.

Micro-influencers are not celebrities, but they can be even more important and powerful to their smaller world of followers. A good analogy for this group is a surgeon with a scalpel.

Some of the smartest, most important and influential people in the world do not have huge follower lists. However, the people who follow them tend to be more loyal, and their messages are retweeted time and time again, helping them to reach a larger world.

People don’t trust companies, but they do trust brands. You can expand your brand reach by partnering with the right influencers. There are plenty of influencers in the world today, and influencer marketing is one area where every company can and should get involved.

Finding the right influencer partners is the trick, and this is the challenge that can bring success or failure to a micro-influencer marketing effort.