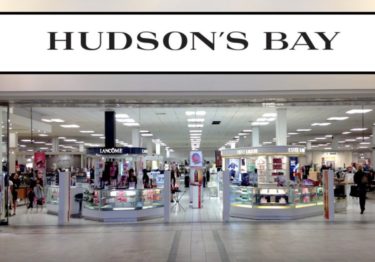 Hudson’s Bay’s digital retail gambit with Le Tote could be just the omni-channel CaaS in point that it needs
Stuart Lauchlan
Wed, 09/18/2019 – 03:47 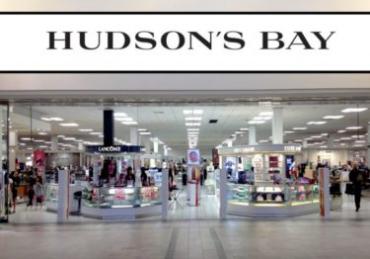 Last month we looked at the rise of Clothing-as-a-Service (CaaS), a digitally-enabled new platform that has been seized upon by a number of major fashion retailers, including Banana Republic and Urban Outfitters.

A common factor between those brands has been, shall we say, troubled times in a turbulent sector. That said, they donâ€™t come much more troubled than Canadian retail institution Hudsonâ€™s Bay which has gone a stage further than other CaaS-leaning firms – itâ€™s basically paying a CaaS firm to take its Lord & Taylor brand off its hands!

The retailer is selling Lord & Taylor to Le Tote, a CaaS start-up. Le Tote will take over 38 Lord & Taylor stores and associated digital assets for Canadian $99.5 million in cash. But Hudsonâ€™s Bay will continue to pay the rent on those stores for the next three years at a cost of Canadian $77 million.

Still, it rids the firm of a loss-making problem brand that it had acquired back in 2012 and gives Hudsonâ€™s Bay a footprint the CaaS market with a 25% stake in Le Tote and two seats on its board of directors.Â  It also frees up CEO Helena Foulkes strategic intent to focus around two main brands – Saks 5th Avenue and Hudsonâ€™s Bay itself.

From Le Toteâ€™s point of view, the goal is to grow its presence in the CaaS space with the assumption being that Lord & Taylor, whatever problems it may have, bringing a recognised retail brand and a ton of inventory – $284 million worth – that can be rented out.

Itâ€™s not the most obvious of moves, admits Foulkes, but itâ€™s one that she believes can work to both parties advantage to â€œcreate a new model and the first of its kind experience with a mid-tier retail segmentâ€�. She says:

While the structure is somewhat unconventional, there are several clear advantages to the deal. We believe Le Tote’s leadership and innovative approach is the best path forward for Lord & Taylor, its customers and associatesâ€¦It’s a new model. We think that the opportunity for a customer to be able to walk inside the store and think about either renting or buying is really innovative.

We’re certainly looking at that not just for Lord & Taylor, but thinking hard about the customers we serve in our other banners and the opportunity for us to bring them new services, whether it’s rental or resale or subscription. The idea of being a brand that brings you what’s relevant for you is what’s on our mindâ€¦we continue to look very hard at those emerging places within retail because we think that’s what the customer wants.

Elsewhere Hudsonâ€™s Bay Companyâ€™s digital efforts continue with sales for its most recent quarter up 19% year-on-year. Significantly, mobile and app revenues now account for a greater share of revenue than desktop. Foulkes says:

Our smart investments are starting to pay off, including the addition of new leadership, launching an app for Hudson’s Bay, driving continued customer adoption of the Saks app and testing personalization tactics.

In addition, we’ve invested in fixing the fundamentals. The team has been working on ensuring that we’re holding inventory in the most advantageous locations for our customers, resulting in fewer out-of-stocks and improvement in canceled orders through online channels, providing another boost to our digital performance.

Last year, we made leadership team just in tech, in digital specifically, in marketing, and you can start to see the results coming together. I think that a lot of this is back to fixing the fundamentals. So the team has a daily standup call looking at Net Promoter Score, customer feedback and where we’re falling down and fixing it realtime. And that’s been things like site speed, checkout experience. We’ve had a real focus on delivery times. That’s a place where, a year ago, we were falling down and it was taking too long to get product. In a world where the customers’ expectations are going up dramatically, we need to deliver on those expectations. So we spent a lot of time fixing delivery as well as through our marketing, finding new customers.

Another expected benefit of the Le Tote tie-up is to accelerate the digital reinvention of stores themselves, an omni-channel integration that Foulkes is keen to emphasise:

I think that’s really where the magic can happen for an omnichannel retailer. So at the Bay, I would point out that 97% of our churns from e-commerce come to our stores. That’s a terrific opportunity for us to give her what she is looking for when she comes back to stores, and it speaks to how much those customers find the convenience of the Hudson’s Bay shopping experience.

And at Saks, we are rolling out digital tools every single week to our stylists who are using them to serve their customers in stores. I’m very impressed with how that team has embraced the digital tools and is really using it to understand what their customers are looking for and to bring new to their customers. So it’s not a standalone digital e-commerce activity only. It’s a real integration with our stores, which is fueling some of these.

The Le Tote move is, as Foulkes concedes, an unconventional roll of the dice, but bold omni-channel thinking isnâ€™t exactly something that Hudsonâ€™s Bay Company has been noticeably guilty of in recent years, so maybe letâ€™s not complain too much about that.

Thereâ€™s a fair degree of risk here – Le Tote is a relatively small digital disruptor in retail and itâ€™s taking on a lot with the â€˜ownershipâ€™ of the Lord & Taylor stores. But equally thereâ€™s a lot to gain if this works out. As we noted last month:

The US rental market alone is currently worth around $20 billion per annum with retail analysts doing the usual â€˜think of a numberâ€™ estimates and talking in terms of CAGR of 11% or more.