I'm Amazon, fly me! – Amazon Air ups the stakes against FedEx in e-commerce delivery and fulfilment

Summary:
Amazon is upping its game in the air freight business as delivery and fulfilment demands around e-commerce get higher.

Never mind a tank – Amazon just parked a Boeing 767 on FedEx’s lawn, emphasising the criticality of delivery and fulfilment in the e-commerce market and escalating the conflict between the two one-time partners.

Amazon has confirmed it’s purchasing 11 Boeing 767-300 jets in a move that’s intended to help the firm to better serve the needs of its Prime customers in an increasingly febrile e-commerce market where time from order to fulfilment is becoming an ever more important competitive differentiator.

Seven of the pre-owned jets will come from Delta and four from WestJet. All are being converted from passenger planes to cargo carriers. The West Jet craft will be an active part of the Amazon Air fleet later this year, with the Delta planes following in 2022.

Until now, Amazon has leased aircraft for its Amazon Air unit, a practice it began back in 2015 when it sought to shorten delivery times over long distances in the US. As the COVID pandemic has increased e-commerce activity around the world, it’s also driven a rise in demand for more delivery service options and same-day fulfilment of orders from customers, many of whom are under enforced lockdown or trying to avoid leaving home.

This increased importance of delivery has resulted in Amazon deciding that it’s the right time to own its own fleet. (The fact that the passenger air industry is on its knees will also undoubtedly have made the undisclosed purchase price of the planes more appealing as well). The party line from Sarah Rhoads, Vice President of Amazon Global Air, is:

Our goal is to continue delivering for customers across the US in the way that they expect from Amazon, and purchasing our own aircraft is a natural next step toward that goal. Having a mix of both leased and owned aircraft in our growing fleet allows us to better manage our operations, which in turn helps us to keep pace in meeting our customer promises.

The eleven airplanes should bring Amazon Air’s fleet total to at least 85 cargo carriers by the end of next year, although that number may yet rise. That’s a more significant scaling up than some commentators had predicted. For example, back in Sept, DePaul University’s Chaddick Policy Brief predicted that Amazon might stretch to adding four planes, predicting that by the end of 2021 Amazon Air would be running 200 flights a day, essentially doubling what it did in 2020.

But as the pandemic has vastly accelerated e-commerce adoption, it’s also ramped up the need for the back-end aspects of the buying process to expand in tandem. At one point, Morgan Stanley expected Amazon Air to have 100 planes in action by the end of 2025, a figure that will now clearly be exceeded and probably long before that.

Even pre-COVID, the signs were there that, not for the first time, Amazon’s ambitions exceeded analyst conservatism. In May 2019, CEO Jeff Bezos personally broke ground on a 3 million square-foot cargo facility and 250,000 square-foot loading dock at Cincinnati/Northern Kentucky International Airport. The new $1.5 billion hub, due to open this year, will have capacity for 100 aircraft.

Such initiatives are all part of Amazon’s bid to expand a self-sufficient logistics and delivery ecosystem and free itself from dependence on the likes of UPS and FedEx.

As noted in past, FedEx in particular has appeared to be in a state of denial about the digitally disruptive threat posed by Amazon. Back in 2016, Chairman Fred Smith was insisting that there was nothing to fear:

The concerns about industry disruption continue to be fuelled by fantastical – and let me emphasize I chose this word carefully – articles and reports which are devoid of in-depth knowledge of logistic systems and the markets which FedEx serves. Network design technology, facilities capabilities and route/stop density are the key elements in the FedEx, UPS and Postal Service systems that make it highly likely these entities will remain the primary carriers for e-commerce shipments in the US for the foreseeable future.

Flash forward to that foreseeable future and the fastest growing segment of FedEx’s business is e-commerce fulfilment, but in the years since Smith made his remarks, Amazon has upped its game considerably to the extent that by late 2019, he was admitting:

We can’t make the competition go away. I wish they would, you know, just leave the field.

FedEx chose to break off its air delivery ties with Amazon back in 2019, stating that it wanted to create “a more open, collaborative e-commerce ecosystem that benefits merchants and shoppers” and that Amazon was only worth one percent of its business anyway. In 2021, the firm clearly has a robust global air freight fulfilment operation, albeit one that’s unlikely to get back to pre-COVID capacity for up to 18 to 24 months according to the company’s own estimates.

The scale of the FedEx network is massive, comprised of 680 aircraft, 200,000 vehicles and, most importantly, our nearly 600,000 dedicated team members around the world. The power of our network is such that FedEx can pick up a shipment in most any one part of the world and deliver to most any other part of the world in a matter of a couple of days. And the distinction between our networks means that each will have the dedicated resources they need to deliver quickly and safely.

As another sign of the tensions between the two, FedEx is also taking the fight to Amazon on its rival’s own turf with the purchase of ShopRunner, an e-commerce platform typically positioned as an Amazon Prime alternative. ShopRunner offers a yearly membership service providing free two-day shipping from more than 100 retailers, free returns and member-exclusive discounts.

The acquisition is in line with the FedEx principle of innovating digitally, according to Subramaniam:

The size and scale of our network, and the many millions of packages that transfer every day, gives us a bird’s eye view on global supply chains and trends. Beyond our physical infrastructure, it’s the technology that drives our network and generates a significant amount of data. We’re focused on using this data and technology to unlock stronger performance, strengthen customer relationships and drive greater efficiency.

This [ShopRunner] platform will accelerate our ability to play a larger role in e-commerce by connecting brands and merchants to new shoppers, thus improving online shopping experiences. ShopRunner’s existing customer brand and merchant base, product capabilities and team of professionals will drive significant value as we expand our e-commerce portfolio…The important thing also is the combination of those capabilities with FedEx’s capability is our physical and digital infrastructure.

How serious a challenge this realistically poses to Amazon Prime is hugely questionable – around 100 stores vs the Amazon ecosystem? – but it’s an interesting pushback against an increasingly dangerous competitor to the FedEx status quo.

There is quite a bit of runway ahead of us in this regard.

An appropriate comment from Subramaniam, albeit one made before the Amazon Air expansion announcement. FedEx does have the air capacity lead at present that should enable it to thrive on the back of the societal shift to online commerce and consumerism, but it will have to shake off any lingering assumptions that its dominance is somehow assured.

Amazon’s ambition here is scarcely concealed. That said, it has a way to go yet, not least internationally. Last year it opened an air hub in Germany, but its non-US air business model is dependent on third parties. The likes of FedEx and UPS, which has recently upped its international air freight capacity to cope with demand, are well ahead here.

But this is Amazon. Disruption is in its corporate DNA. The firm already owns the e-commerce front end. At a time when delivery and fulfilment have become deal-breakers for consumers, it’s also kept up with market demand on the ground and set new standards and expectations, owning the online journey from order to front door. If it can now do the same in the air, all bets are off. 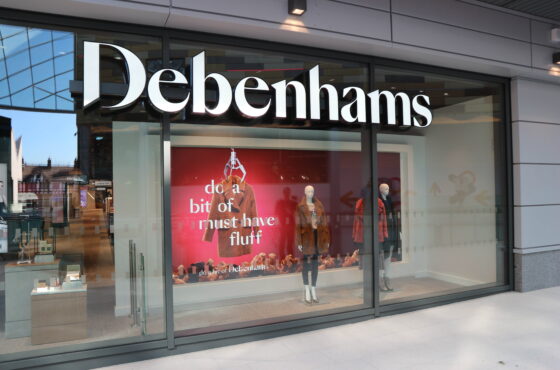 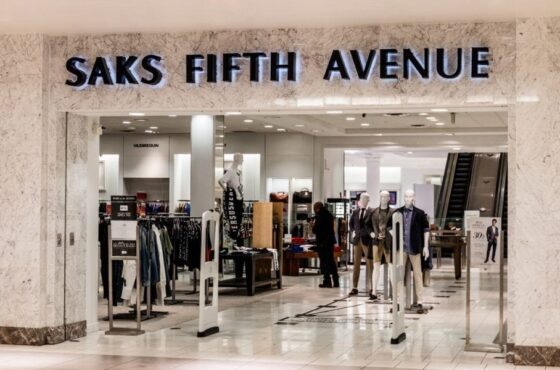