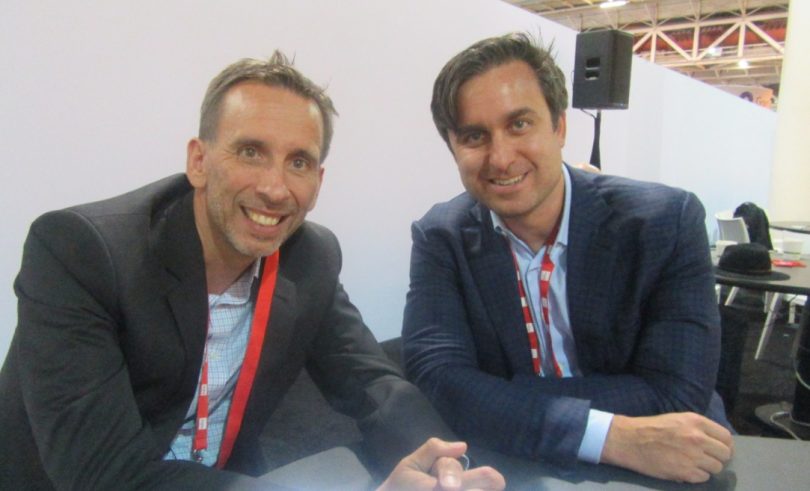 Summary:
As retail heads into a critical holiday season, Infor’s retail leadership share their views on how retailers can get customer experience right.

I kicked off my retail coverage in 2019 with a view from the Infor team at NRF. The big theme? C-level buy-in for retail transformation is finally sticking. At Inforum 2019, we met up again. So what’s the story of the retail year?

For Infor, demand management tops of the list. That’s no surprise, given their desire to put the Predictix acquisition tools for machine learning, forecasting and AI in retail in the hands of their CloudSuite customers.

Predictix was an incredible platform, but we needed to build out a lot of business logic, etc. So we’ve been on a journey to productize that more. We keep driving down implementation costs significantlyÂ  – it’s been a pretty big year for that.

Corey Tollefson, SVP and General Manager for Retail, wanted to talk customers. First up? Sears. Prior to the Amazon era, Sears was the definitive retail catalog. Disruption puts iconic companies in precarious positions. Though Sears’ former parent company is under liquidation pressure, 425 stores (supporting 45,000 employees) are now under new ownership. Despite the drama and recent turmoil, Rowe and Tollefson like where Sears is headed. Tollefson:

Sears was already live on GT Nexus. So the supply network was already there. We came in and did what we call Insight, a value-enablement program. We did a three month study and said, “Here’s a quantifiable business case – let’s both sign up for this business case.

What really drove it was around the machine learning in Demand Management. That drove the entire program. And so the programs include everything from Talent Science, impacting the store labor, all the way to the ERP, like CloudSuite Fashion.

So what does a retailer like Sears see in Infor? Tollefson says it starts on the talent side:

All these retailers have issues. But one key area they can focus on is people – their labor, right? So getting a better understanding of who are the right people to hire. But also the ones that once they’ve hired, treat them with respect and dignity with our Workforce Scheduling and Management tool. That’s one side of the equation.

Then there is inventory:

The other side of the equation is: their other biggest cost is inventory. How do you get the right product at the right time within their store? Our machine learning based tool… is built from the ground-up on native cloud. That’s going to drive insights around what inventory position retailers should have.

One thing we don’t talk about very often is around inventory optimization. A lot of people talk about, “Well, it means you automatically need to reduce from 97% in stock to like 93%.” We’ve got calculations embedded in our product that say, “Well, for this product that you want to sell through quite a bit, you need to have it at 97.5% always in stock. Some of this other stuff doesn’t sell as fast. It could be as low as 92% in stock.”

How can retailers change their employee experience?

Trends like in-store pickup up the ante: now you’re tying inventory and people management directly into customer interactions. How do you make your employees, for lack of a more professional word, happier? And how do you solve the tech mismatch between highly-informed, smartphone-toting consumers, and employees (or seasonal temp workers) who may not be up to speed on consumer needs?

It’s a complicated problem, but Rowe says a big key is simply hiring the right people:

One of our biggest solutions right now is Talent Science. People used to buy this application in order to do mass hiring. So it was all around scale, because that’s what retail was. Well, it’s changed now.

Hiring for scale is less effective than hiring for fit:

Now it’s all about having the right customer experience. So we have people in retail that are actually buying it just to get the right people, so that they can improve their customer experiences… In fact, with one large retailer, it was the VP of Innovation that actually championed buying Talent Science, because they realize they have to have the best people.

Rowe says another change in retail hiring is about to hit. Hiring – and managing – with team chemistry as the priority.

The next big thing in Talent Science is starting to put together the right teams. Say I have five people, or even two people, that have certain personality types that either work well together, or don’t work well together. Then you can actually go ahead and use workforce management to get the right people in the store together.

What means is a couple of things. One is: your team is better if they’re more effective, but it also means happier employees, right? Because you’re going into work with groups that naturally get along. And for the war for talent, which retailers are in, that ends up being a huge, huge advantage.

But that doesn’t solve the need to get the employees to the same level as savvy consumers. Training can be costly and logistically difficult. Here, Infor thinks it has answers in the form of their LMS training solution. Rowe:

It’s interesting, because I wouldn’t call LMS boring, but it’s not the most glamorous, sexy, application. But we’re seeing tons of interest in that now, because you have to have people trained at the store. You don’t want to be shipping them off to a structured training. If they have a half hour, then go ahead and take a class right in the store.

And what about giving employees better retail tech? Rowe makes a good point here: you don’t want retail employees on their phones when dealing with customers; it’s almost like setting up another wall between employee and customer. Infor’s answer to that is “Engage,” their converged commerce platform. Instead of just being a point of sale, it’s also a way for the associate to engage with the customer. With this approach, instead of two people on their phones, it’s two people interacting together. Rowe:

This way, we’re both kind of clicking together. So it’s almost like a clientelling experience.

The wrap – on pop-up stores, retail clouds, and the grocery delivery battle ahead

Since we created this retail focus four years ago, 90 percent of our projects are Saas; 10% are professional on premise.

Retail is now a top-five vertical for Infor. So is there friendly competition between Infor verticals? Tollefson:

Well, I was proud of the fact that most of the references that Kevin referenced upfront in his keynote, he referenced PacSun, Eddie Bauer, Deckers. Those were brand apparel retailers. I’d argue, of the ten or so references he did, three or four were retail.

As we look ahead, I’m intrigued by the role Infor might be able to play as the grocery delivery wars heat up. Despite Whole Foods, grocery delivery is one retail growth area Amazon hasn’t nailed down. With Infor’s food and beverage play, they might be able to tie these pieces together for customers? Short answer: yes, though at this point, Infor says they are likely to rely on APIs and “take advantage of the plumbing that already exists” in that space. It seems like they can do even more here – I’ll follow up.

We also touched on retail trends to watch in the holiday season and into 2020, including co-optition, with retailers aligning against Amazon’s elephant-in-room presence (example: a drop-ship network to ship products across customer bases, include those of your competitors). Pop-up stores are another way retailers are turning to test demand, without acquiring a costly store footprint.

It was good to hear Infor wasn’t sugar-coating the challenges retailers – including some of their own customers – are still facing. Some retailers might prefer to start over with a white board, and deploy their stores – and pop-up stores – in an entirely different way. But that’s not an option for established brands, so the transformation takes on complexity.

Still, Rowe likes the challenge of partnering customers through this. For years, he says, retailers went with the cheapest technology spend, moving slower than other industries:Â

Retail kind of needed to be shaken up.

Well, that’s certainly happened. I’ll pick this up with Infor at NRF 2020.

Image credit – Photo of Infor’s Tollefson and Rowe at Inforum 2019 by Jon Reed.

Disclosure – Infor paid the bulk of my travel expenses to attend Inforum 2019. Infor is a diginomica premier partner.