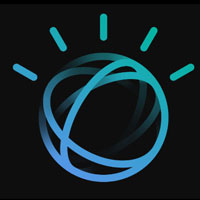 IBM’s artificial intelligence creation Watson wowed the world with its appearance on the TV game show, Jeopardy! less than a decade ago. It was amazing to see a computer
play against human beings and do so well. It showed how IBM was on a rapid growth path. However, in the years since, it has been struggling to maintain that leadership position as the AI growth wave has been building, and others in the industry have been coming on strong.

Artificial intelligence has been with us for quite a long time, and Watson is still amazing. It’s just that in the last several years, AI has been popping its head above water, and it suddenly seems there are countless companies in countless different industries offering countless different levels of AI in different ways. And they are all trying to be heard or noticed.

AI has become a crowded and chaotic space, with big brand name companies — like IBM, Apple, Google, Samsung, Microsoft, Amazon and many others — vying for market share. There are also countless smaller and lesser-known companies in the space that are trying to be heard and seen.

A lot of companies are trying to be the next big thing in AI. They are all trying to capture the attention of analysts, the media and customers, and to attract investors so they can continue to grow. Many of these companies will be acquired.

It’s the same process we’ve seen over the decades with telecom, wireless, computers, social networks and more. First, there is the big idea that breaks into the marketplace. The early companies sometimes hang onto the leadership positions. Many times, the next chapter features different leaders. And with each chapter, newer leaders appear.

Over the years, an industry changes as it grows, as we’ve seen time and time again. It starts with countless, smaller companies with big ideas. Then the acquisition wave sweeps over the industry, over and over again, and we eventually end up with fewer, larger, national competitors.

AI has been around for quite a while, but it is new to the public. Today, there are countless smaller companies, and they are all looking for ways to break through the layer of noise in the industry, so they can be discovered.

The best companies with the best ideas will not make it if they do not have money. That means investors and funding. That can come from the investment community or from being acquired.

Where Is Watson Today?

We will see mergers and acquisitions over the next several years. While it has been around for quite a long time, the AI industry is brand new for many, and it is continuing on its more traditional but rapid growth wave.

This is a very loud and chaotic space, with all sorts of breakthrough competitors on every level — from companies like IBM (Watson) to Apple (Siri), to Google (Assistant) and Amazon (Alexa).

This is the space that IBM owned years ago when Watson played Jeopardy! on TV. Since that point, IBM has had many different Watson and AI events that have been very impressive, showcasing how far Watson has come and where it is heading.

I have attended some of these events and have to hand it to IBM. It really knows how to put on a show.

Why Is Watson’s Impact Starting to Falter?

Why have we not seen Watson take off? After all, it has been many years since Jeopardy! There have been many years of Watson appearing at trade shows, showcasing the future with demonstrations, big name speakers and more.

I expected to see Watson ruling the AI world by now. Why isn’t it? That’s the perplexing question. I like IBM, and I like Watson. I like what they are, what they want to do, and the path they are on.

With that said, why is there not much to focus on, talk about and write about? Exposure is important for investors who are looking for the winners in the AI race — companies they can invest in with confidence.

IBM caught their attention early on, but interest in Watson seems to be drifting, not climbing. I still believe Watson is important. However, based on its activity, growth and trends, whether it will become dominant is open for debate.

Don’t get me wrong. I love the idea of Watson and what I have seen so far at IBM’s events. However, there is one big question I really would like to ask Watson: Why hasn’t IBM’s growth exploded in the AI marketplace after all this time?

If only we could sit down with Watson over a cup of coffee and have that conversation.